Lewis Hamilton will not walk away from Formula One despite witnessing the horror crash of Romain Grosjean at the Bahrain Grand Prix. The Frenchman was engulfed in flames as his Haas car was cut clean in two but somehow he walked away from the incident.

Hamilton is well aware of the danger in the sport with his idol being Ayrton Senna who lost his life at Imola in 1994.

The 35-year-old became a seven-time world champion this year to move level with Michael Schumacher.

But Grosjean’s crash has not made the Mercedes superstar reassess his future with a contract yet to be signed for next season. 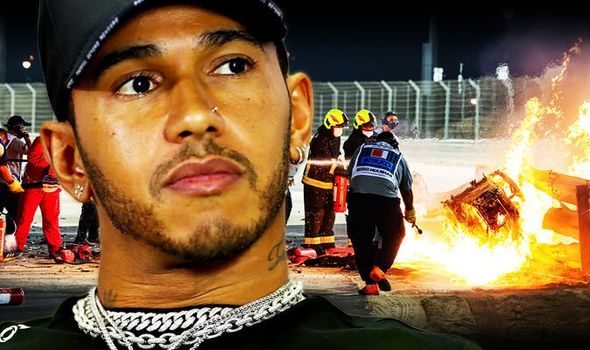 Hamilton is expected to sign on the dotted line and look to break Schumacher’s all-time record in 2021.

Asked whether he really needed F1 any more now given such an accident could easily happen to him, he replied: “I’d be lying if I was to say no.

“Of course, you think it’s so important to continue to respect the sport and the dangers that are there. I’ve been racing 27 years and I’ve seen, from a young kid to Jules [Bianchi], his experience.

“When I was nine, I saw a kid die on the same day that I won a race and so I’ve always been aware of the dangers and the risks that I take.

“For sure, as you get later on in life, I would say you would probably question it more than perhaps when I was in my early 20s

“For Romain, I was thinking, ‘Jeez, he’s got a wife and kids’. That must be something he will for sure have to think heavily on.

“It’s a privilege to be able to do what we do, but there’s so much life also, and so many other things to do beyond. 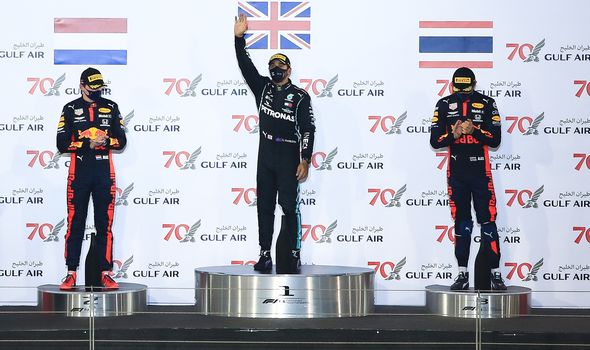 “It was huge that crash, and the safety definitely reminds us of the great job that has been done, but more needs to be done so we will continue to work on it.”

Hamilton went on to win the Bahrain Grand Prix to further underline his dominance of the 2020 season.

The Mercedes man will look for a repeat this weekend at the same track but using a different layout.

The Sakhir Grand Prix gets underway at 5.10pm this Sunday and is the penultimate race of the 2020 season.