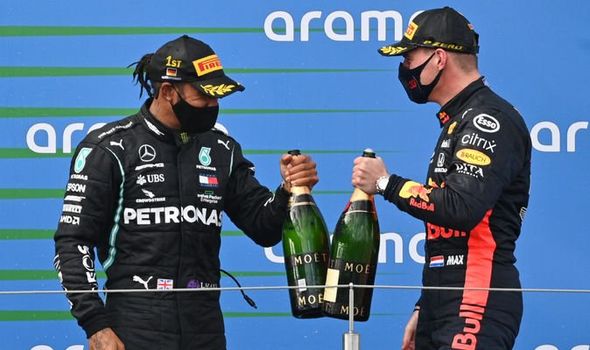 Lewis Hamilton is confident that Max Verstappen will be a Formula One world champion in the future and insisted he expects a massive challenge from the Red Bull driver over the next 12 months.

After team-mate Valtteri Bottas was forced to retire with an engine issue, Hamilton’s greatest threat to victory came from Verstappen.

The Dutchman, a nine-time race winner, could not put Hamilton under any real pressure however, other than very briefly at the race restart after a late Safety Car.

Even then, the six-time world champion opened a gap comfortable enough to cruise clear of the Dutchman and reach the chequered flag first.

The bonus point for the fastest lap was robbed from Hamilton by Verstappen on the last lap though, as the 23-year-old moved to within 14 points of Bottas in the standings. 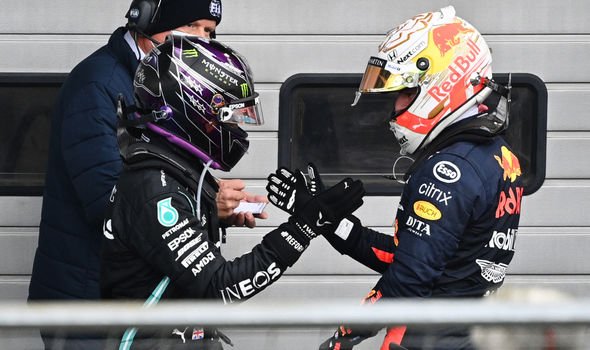 Hamilton has a 69-point lead on his Finnish team-mate and an 83-point advantage on Verstappen with six races left of the current season.

But he expects plenty of wheel-to-wheel battles with a man he called a “young up-and-coming champ”, in the remainder of this year and in the 2021 season.

Hamilton reflected to Sky Sports F1 post-race: “It was so tough today. I got a really good start and Valtteri did an amazing job into Turn 2, I was really proud of him for coming back hard. I wouldn’t expect it any other way.

“Then trying to figure out, ‘Okay, how am I going to beat Valtteri from now?’ It meant that I had to really look after those tyres. I knew I could look after them the way that I did but I say Valtteri then starting to struggle and I knew opportunity would then come.

“Then we had the safety car, this guy to my left [Verstappen] is such a great talent and he’s so fast and consistent. It’s not easy to beat this young up-and-coming champ. 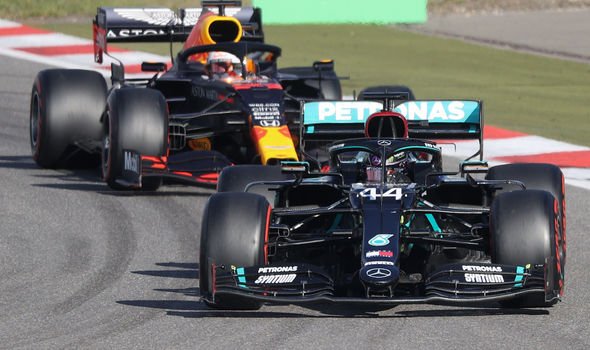 “I actually managed to catch him out a little bit on the restart which is always nice! I can still do that at my age so I’m good.

“It is going to be this close between us particularly for the rest of this season and maybe tracks that might favour them maybe then going into next year it’s a similar car to what we have.

“I think we’re going to see the closest racing between us two and our team over the next 12 months.

“I love the competition. Every weekend, 91 wins, it never gets any easier, it’s almost like it’s getting harder than it was to get my first win in Montreal.

“So I’m really grateful today, a big, big thank you to my team and everyone back at the factory.”

Hamilton was visibly moved after his win when he was presented with a crash helmet of Schumacher’s when he raced for Mercedes by his son, F2 driver Mick.

And the 35-year-old hailed the “phenomenal” seven-time world champion, knowing he can draw level with Schumacher’s number of titles this season too.

Hamilton continued: “I just remember sitting on the couch with my brother and with my Dad watching the Grand Prix every Sunday, watching Michael storm ahead. 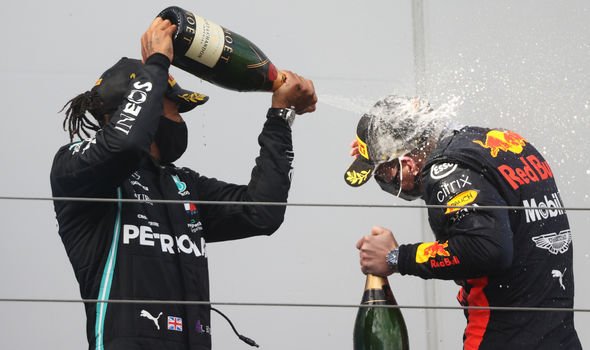 “We used to watch the start of the race, probably the first half of the race, and then at the end me and my brother would go play a racing game upstairs, and I would be Michael.

“I think it was Grand Prix 3 or something like that and I was always Michael. He was phenomenal.

“That was when I was 13, 14, and it’s just crazy to think that today… I did of course dream of one day being here but it’s beyond my wildest dreams to be reaching Michael’s wins.

“It’s very, very hard to explain how I feel right now. I’m tired from the race, my mind is blown. I’ve got a bit of a headache right now!”

Hamilton will be able to surpass Schumacher for most race wins in F1 history at the Portuguese Grand Prix later this month (Sunday 25 October).