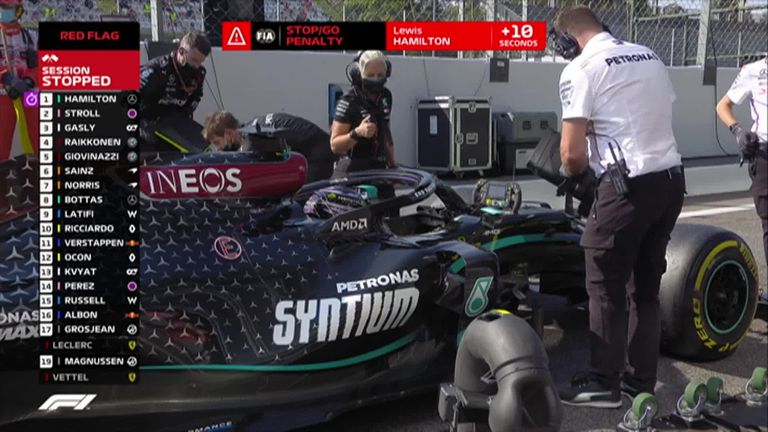 Lewis Hamilton and Mercedes have explained more about the “weird” situation in the pit lane that led to the world champion receiving a penalty that cost them victory in the Italian GP.

Amid a dramatic race won completely unexpectedly by AlphaTauri’s Pierre Gasly, Hamilton dropped from first to the back of the field via a 10-second stop-and-go penalty for entering the pit lane on lap 20 when it was closed after Kevin Magnussen’s Haas broke down on the outside of Monza’s first corner.

Antonio Giovinazzi, the Alfa Romeo driver, was also penalised for the same offence.

Mercedes boss Toto Wolff admitted: “The decisions that were taken were highly unusual; but they were absolutely within the rules.”

Explaining what had happened, the Austrian said: “With Lewis and the penalty, it was a weird sequence of events. We should have spotted earlier that the pit lane was closed, by the time that we did, the car was entering the pit lane.

“There was a single yellow [flag, at the final corner] then 11 seconds later a Safety Car deployed. I don’t know why, this is what we couldn’t understand.

“Whilst the Safety Car was deployed they put the entry to the pit lane on red, but it was two yellow crosses on the outside [boards] and no light at the inside. 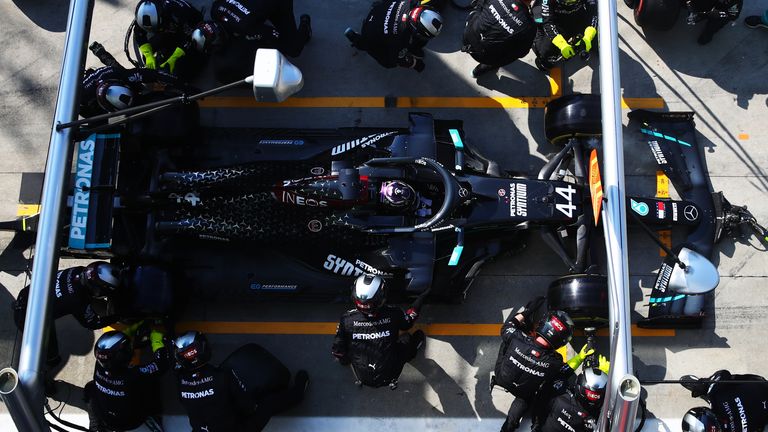 “We spotted that last minute, back home, one of the strategists just shouted into the radio whilst we were entering the pit lane.”

While there is no traffic-lights system on the entry into Monza’s pit lane, the two boards displaying crosses to signify the service road was closed were on the outside of the final corner, the Parabolica.

Hamilton, who went to see FIA race director Michael Masi to find out more during the race’s red-flag delay, admitted this came as news to him.

“There were no signs that had an ‘X’ on it. I actually didn’t see them as I was looking elsewhere,” said the world champion. “So there was not really much more for me to do.

“If you’re going through a right [hand corner] you’re not looking left, you’re looking over to the right and gauging the gap between you and the white line.

“Naturally, also when there’s a car that’s pulled over on the right-hand side, you’re conscious of the marshals.

“Generally I don’t remember any time coming here when that was the indication for the pit lane closing, I’ve never actually known that would be the left. So that was a new experience.” 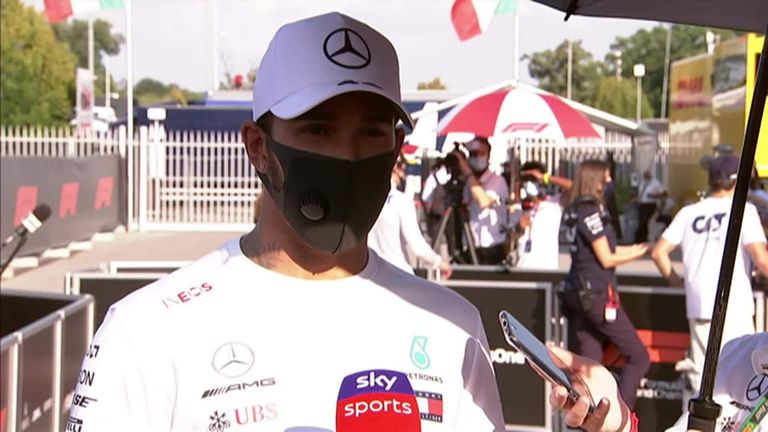 Hamilton says he and team will learn from error, as penalty points rack up

With the entire process of entering the pit lane, stopping for 10s, and then leaving costing Hamilton a massive 31.6s in total, the Englishman resumed his race at the back of the field – 18 seconds behind the next nearest car.

Hamilton started lap 29 in 17th place but a stirring recovery meant he gained 10 positions over the final 24 laps, with his strong pace such that he also earned the bonus point for the fastest lap.

He said both he and the team could have done better but, all in all, was satisfied to salvage the result he did to maintain a 47-point title lead on a day team-mate Valtteri Bottas was only fifth and Max Verstappen retired.

Reflecting on the sequence of events that put him at the back, Hamilton admitted: “We sit and do the debrief and nobody’s happy and we have to hold one another accountable.

“I definitely hold myself accountable for not seeing those signs but it’s part of a whole sequence of things that we did as a team which weren’t perfect.

I really want to acknowledge @PierreGASLY for his amazing win. It is so well deserved. For me, whilst I never like to lose I am grateful for the challenge. All we can do is continue to fight and never give up. To my guys, thank you all for continuing to push. 🙌🏾 pic.twitter.com/XEvSNOS1rd

“But to come away with that many points, and the fastest lap, which was helpful… talk about damage limitations, I’m definitely grateful for it.”