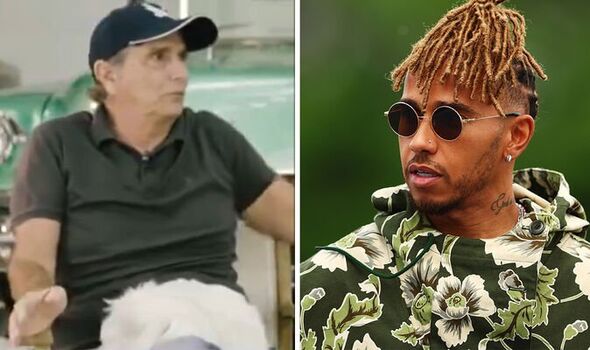 An interview in which Nelson Piquet appeared to use a racist term to refer to Lewis Hamilton while discussing his win at last year’s British Grand Prix has surfaced online. Hamilton managed to claim an important victory at Silverstone despite tangling with Max Verstappen on the opening lap, with the Dutchman veering off at high speed after making contact with his Mercedes rival at the infamous Copse corner.

Verstappen was sent flying into the barriers at the side of the track at a force of 52G and needed to be taken to a nearby hospital for precautionary checks, with the Red Bull man having been left shaken by the incident. Hamilton was handed a 10-second penalty for his role in the collision but was able to fight back and take the chequered flag ahead of Charles Leclerc in spite of his punishment.

When asked about the crash back in November, Piquet suggested that Hamilton pushed Verstappen off the track on purpose and twice used the term ‘neguinho’ to refer to the Mercedes driver as he ran the rule over what happened.

“The neguinho put the car in the wrong way and didn’t let [the other driver swerve],” Piquet told Brazilian publication Estadao in a video that was released on Monday. 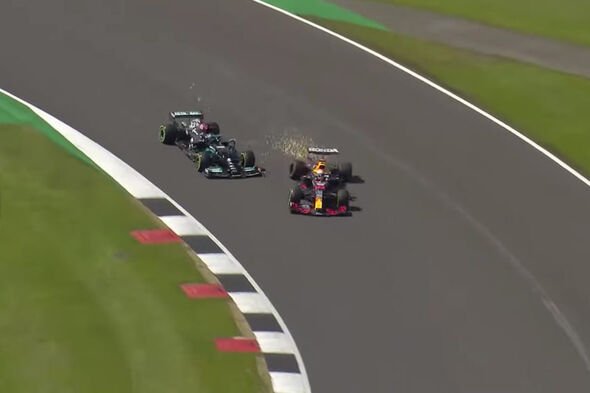 “The neguinho put the car in the wrong way on the corner, it’s because you don’t know the curve. It’s a very high curve, there is no way to pass two cars and there’s no way you can put the car aside.

“He did [Verstappen] dirty. His luck was that only the other one was gone.”

The result at last year’s British Grand Prix saw Hamilton cut his points deficit to Verstappen in the Drivers’ Championship standings at the end of a whirlwind 52-lap contest around the twists and turns of Silverstone. The Dutchman went on to recover, though, by picking up his maiden title at the end of the campaign in Abu Dhabi in spite of Hamilton’s best efforts to seal a record-breaking eighth triumph.

Piquet also compared the collision between Hamilton and Verstappen to the title-deciding crash involving Ayrton Senna and Alain Prost at the Japanese Grand Prix back in 1990. The two drivers tangled at the first corner of the opening lap to put both cars out of the race and secure a second Drivers’ Championship crown for Senna under controversial circumstances.

“Senna didn’t do that,” added Piquet. “Senna went straight. Straight. He [Hamilton]? Never, no, he went like: ‘Here, I hate him anyway’.”