Lewis Hamilton claims that he’s ‘super-excited’ about seeing how two F1 stars progress over the coming years. With the 37-year-old now at the tail-end of his glittering career and edging towards retirement, attention will soon turn towards who carries the next generation forward.

Hamilton came into F1 with plenty of buzz as a promising youngster having dominated in GP2 and Formula 3. He narrowly missed out on the title during his debut season and went one better the following year, winning the Drivers’ Championship at 23 years old.

While he is among a crop of decorated veterans that still race in F1, including Fernando Alonso and Sebastian Vettel, there is an equally exciting group of youngsters who should continue to draw attention to the sport in years to come.

Hamilton reminisced on his own experience as a newcomer and pledged to support those still towards the beginning of their careers, with Lando Norris and Charles Leclerc singled out as ones to watch.

DON’T MISS: Nicholas Latifi to leave Williams at the end of the year following disastrous season 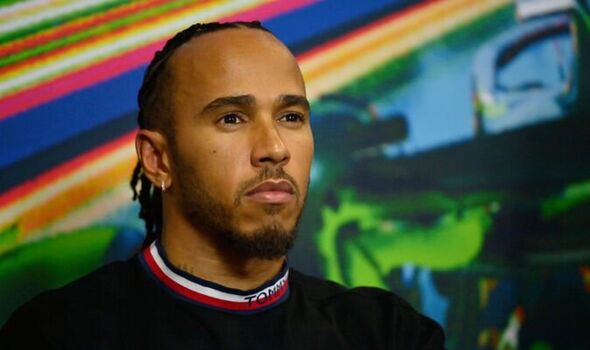 “With the younger guys, there’s so much talent here and there’s more coming through,” Hamilton told Racer. “I remember when I came in and thinking I could beat everybody… I know what it’s like, because I’ve been there.

“I’m really just trying to work on those relationships bit by bit and be supportive of them because, as I said, I’ve been there. I know how tough it is at some of these teams.

“When you’re in your early 20s, you don’t know what you can and can’t say or how best to navigate [things]. All you have is just raw strength, talent and ability. And I’m super-excited to start to see Lando [Norris] and Charles [Leclerc], these guys really excel and move forward. There’s some really good guys here.”

Ferrari fans hoped that Leclerc, 24, would take the fight to Max Verstappen this season and prevent the Red Bull star from winning a second consecutive title. While the Prancing Horse showed fantastic pace in the opening weeks of the season, Verstappen has been a model of consistency ever since and leads the Championship by 116 points. 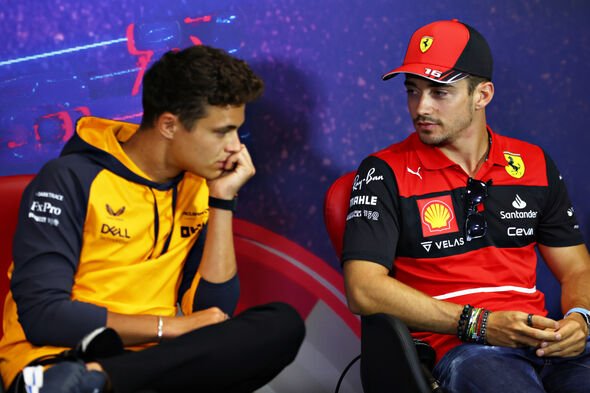 Norris is punching above his weight again this year in a McLaren that eight-time Grand Prix winner Daniel Ricciardo can’t get a tune out of. The 22-year-old is still searching for his first F1 win but has more than four times as many points as Ricciardo, leading the pack aside from those racing for Mercedes, Red Bull or Ferrari.

It remains to be seen for how long Hamilton sticks around to offer his guidance to the grid’s younger stars. The Brit narrowly missed out on an eighth world title in 2021 before coming back for more this year, but he currently trails behind team-mate George Russell by 35 points.