Max Verstappen has given Valtteri Bottas some optimism about potentially retaining his seat at Mercedes with George Russell tipped to join Lewis Hamilton in 2022. Hamilton stormed to his seventh world title this past season, beating his team-mate by 114 points.

Bottas won just two races to Hamilton’s 11 with pressure mounting on Bottas to close the gap heading into next year.

Russell’s performance in Hamilton’s car at the Sakhir Grand Prix only added to the pressure on Bottas with the young British driver outperforming his team-mate on the day, despite finishing behind him at the chequered flag.

Bottas also came close to dropping down to third in the final standings with Verstappen finishing just nine points behind the 31-year-old.

The Dutchman was Mercedes’ closest rivals throughout the campaign as he regularly finished on the podium as well as picking up two race wins. 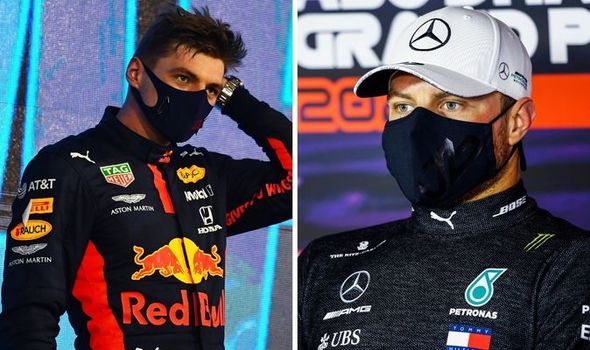 Bottas’ main target for next season will have to be closing the gap to Hamilton, but even more important will be to comfortably finish ahead of Verstappen.

The Finnish driver signed a new deal at Mercedes keeping him there until the end of the 2021 season but there have been suggestions that Russell is very much in contention to take his set if Bottas doesn’t reach his targets.

Red Bull could play a huge role in that with Sergio Perez now teaming up with Verstappen for next season.

But Verstappen isn’t so sure that Red Bull will be as competitive in the 2021 season, giving Bottas some breathing room when looking over his shoulder in the standings.

When asked whether he felt that Mercedes were concerned about Red Bull’s performances last season, Verstappen said: “Yeah, maybe a few but it wouldn’t have mattered a lot, we wouldn’t have won the championship.

“But of course, there are always moments we could have maybe gotten on top but at the end, still, as a team, we did a good job recovering from the beginning of the year where we had some issues with the car to where we ended the season.

“There is no guarantee of course, that we will do well next year and for sure there are still a lot of areas we have to improve in.”

Bottas has only won nine Grands Prix in his four years at Mercedes while Hamilton has taken the chequered flag on 42 occasions in that period. 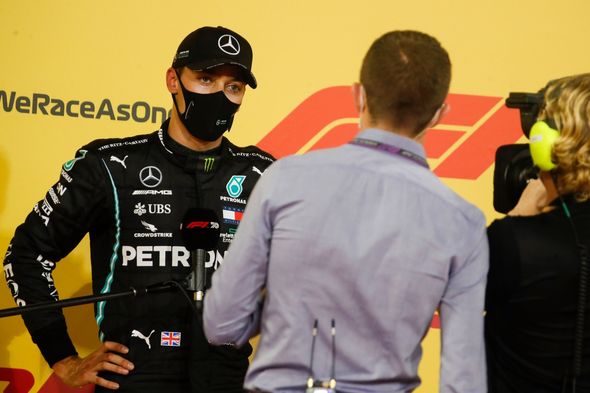 For Red Bull though, this upcoming season will be the final year they’ll be powered by Honda with the engine manufacturer leaving F1 at the end of the 2021 season.

It leaves them without an engine manufacturer for the 2022 season and beyond, but Red Bull are reportedly working on a deal to take over the IP of the Honda project so they can run their own engines.

For that to realistically to happen, an engine freeze will have to be brought in by the FIA which also needs total agreement among the other F1 teams.