Max Verstappen has told Lewis Hamilton ‘all is forgiven’ as the Red Bull star revealed he hopes Formula One’s scintillating championship battle will be decided at the final race.

Nearly four months have passed since Verstappen was hospitalised with concussion following a 180mph collision with Hamilton on the opening lap of July’s British Grand Prix. Verstappen was apoplectic, and Hamilton was deemed to be at fault for the crash. 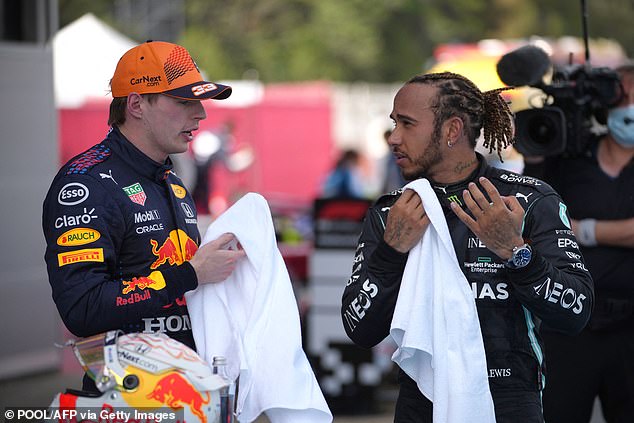 The two rivals crossed swords again at Monza last month, with Verstappen’s Red Bull hitting Hamilton’s helmet. On that occasion, Verstappen was adjudged the guilty party – punished with a grid penalty at the ensuing race.

‘We have got together a few times and we were not happy with each other,’ said Verstappen in an interview with the PA news agency in Austin.

‘But a few races later you can see us sitting together in a press conference and laughing with each other again, and that is how racing goes.

‘A lot of people look at you and rate the rivalry, but at the end of the day it is not all that bad.

‘We all have those times where we have low moments with someone, but we are human beings. We move on, and we forgive.’ 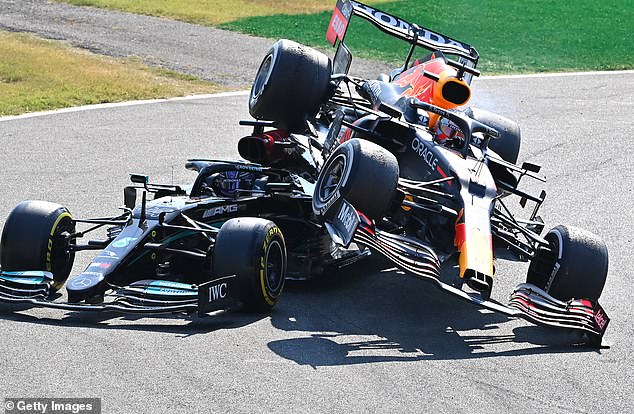 Verstappen’s measured response is perhaps a sign of his growing maturity. In the past, the Dutchman, who turned 24 last month, has not been afraid to speak his mind.

In 2018, he threatened to headbutt the next journalist who asked him about his recent run of crashes.

And Timo Glock – the German driver whom Hamilton dramatically passed to win his first championship at the final race in Brazil in 2008 – claimed a younger Verstappen would have lashed out at his rival in the aftermath of their Monza crash.

‘I have got older and I have more experience, but I don’t necessarily think I would have punched Lewis,’ said Verstappen, now in his seventh campaign.

‘It is just that you experience more things and you learn how to deal with the sport better – that is just a natural process. 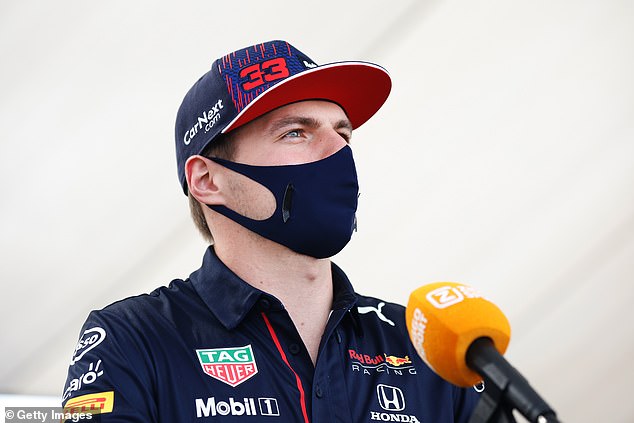 ‘We all have those times where we have low moments with someone, but we are human beings. We move on, and we forgive,’ he said

‘I have been very relaxed the whole year. I cannot speak for Lewis, but from my side, there is no real extra pressure.’

Predicting the winner of this year’s see-saw championship battle is almost impossible to call.

The Circuit of the Americas has been kind to Hamilton, 36, and Mercedes in the past – the Briton sealing two of his seven record-equalling championships in the Lone Star State, and winning in five of his eight appearances.

But Verstappen has good form at the upcoming venues in Mexico City and Brazil, while the tracks in Qatar and Saudi Arabia are complete unknowns. 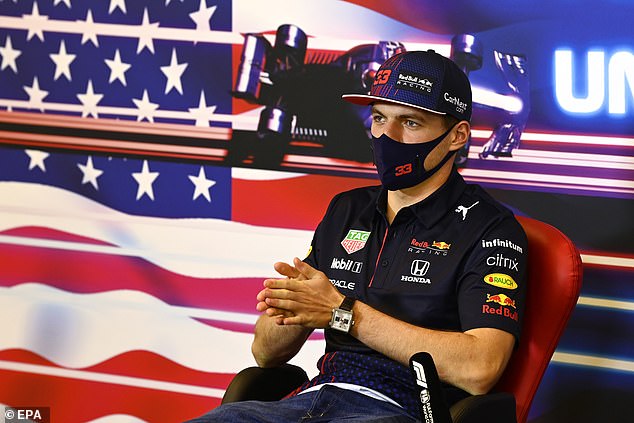 Is Verstappen expecting the contest to be determined at the final round in Abu Dhabi on December 12?

‘I would hope so,’ he replies. ‘I don’t think we have the strength to pull away.

‘It will be a bit of a defence in terms of trying to keep the points lead, but Mercedes have been very strong in the past few races and it is up to us to bounce back. 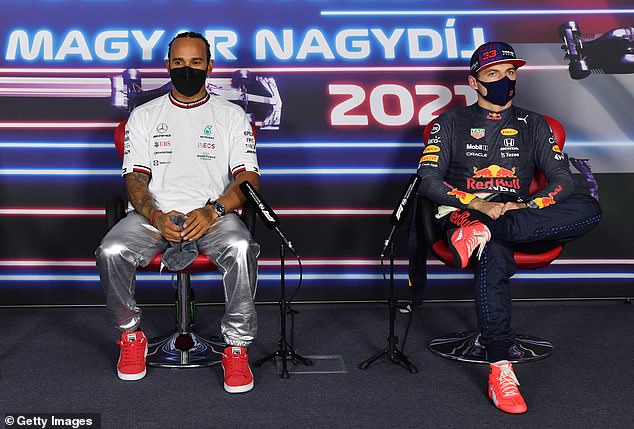 Verstappen, who is in a relationship with Kelly Piquet – the Brazilian model and daughter of three-time world champion, Nelson Piquet – recently suggested that winning motor racing’s biggest prize would not change his life.

‘Of course, it would be a great achievement if it happened but I don’t really dream about these kind of things,’ he concludes.

‘Since I was little, my dream was to get into Formula One and then to win a world championship. But winning a championship wouldn’t change the world for me, and it would be wrong if it did.’