Max Verstappen had the chance to put a real marker down for the 2021 season by beating Lewis Hamilton in the season-opening Bahrain Grand Prix on Sunday. The Dutchman overtook his Mercedes rival with just a few laps remaining but he was forced to hand back the position at the front of the pack.

Verstappen illegally broke track limits at Turn 4 when passing Hamilton for the lead.

Race Director Michael Masi quickly got in touch with the Red Bull engineers and told them that the 23-year-old must give up his position.

Verstappen moved aside to let seven-time world champion Hamilton past, but former F1 driver Martin Brundle reckons he did so at the wrong moment.

The Red Bull star continued to apply the pressure as they headed towards the chequered flag.

However, Hamilton used every ounce of his experience to hold on to get his campaign off to a winning start. 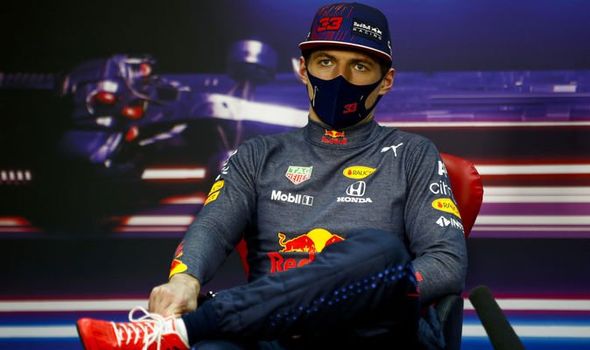 Brundle reckons Verstappen could have been more clever by not letting Hamilton pass until a few turns later.

“Max was told by his team to hand the place back which he chose to do immediately between Turns 10 and 11 where Hamilton had his DRS rear wing open just as Max was lightly filling up his molten slick tyres with rubbish as he moved offline,” Brundle wrote in his Sky Sports column.

“Why didn’t he wait until after Turn 13 and let Lewis past by him going offline, and then getting DRS behind him again for the start of the next lap? Or even just stay on-line down to Turn 11 so he would have been given an immediate slipstream as Lewis moved back in front of him?”

However, delaying the move to let Hamilton by could also cause it’s own problems.

Brundle added: “We must remember Spa 2008 when Lewis went off track, then let Kimi Raikkonen past by the slimmest margin and then very quickly re-passed him.

“Hamilton was given a 25-second penalty for this ‘lasting advantage’ even though technically he yielded the place, and of course, such dramas could have cost him the 2008 world championship.”

Verstappen fumed after the race that he was not allowed to take the punishment after he stepped out of the car.

But Brundle explains that it would not have been sensible as he could have been penalised more harshly. 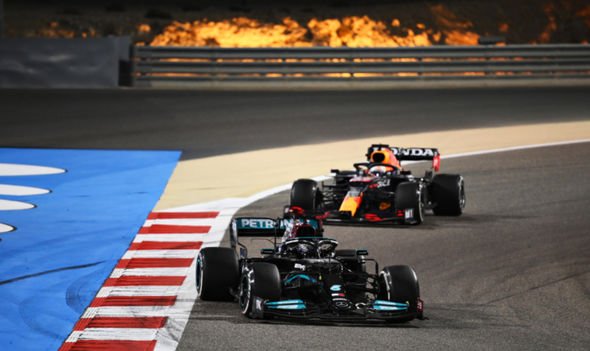 “After a further scruffy couple of corners, Max’s chance for a glorious and expected victory ebbed away as the mercurial Hamilton did indeed somehow make his tyres last to the chequered flag. What a magnificent drive,” he said.

“In what was the 14th time he’s finished second to Lewis, Max complained to his team that he should have been allowed to stay out front and pull out more than a five-second gap.

“That would not only have been ambitious but there’s no guarantee any post-race penalty would have been just five seconds.”