Mercedes’ technical director Mike Elliott has admitted that the progress of George Russell will be closely monitored throughout the 2021 F1 season. Russell was linked with a potential move to Mercedes ahead of the new racing calendar as uncertainty grew surrounding the future of Lewis Hamilton.

Hamilton, in the end, agreed a new one-year deal to remain with the Silver Arrows to end speculation and confirm his place alongside teammate Valtteri Bottas.

Viewed as the ideal long-term replacement for Hamilton, Russell is part of Mercedes’ junior driver programme and is set to represent Williams for the final time in the 2021 campaign.

The 23-year-old is certainly grabbing the attention of many, particularly by senior members of the Silver Arrows.

“I think most Mercedes people, as well as looking at our own drivers, probably would also follow what George [Russell] is doing at Williams,” Elliott told The Muscle Help Foundation.

JUST IN: How George Russell stunned Mercedes and secured dream F1 drive – with a PowerPoint plan 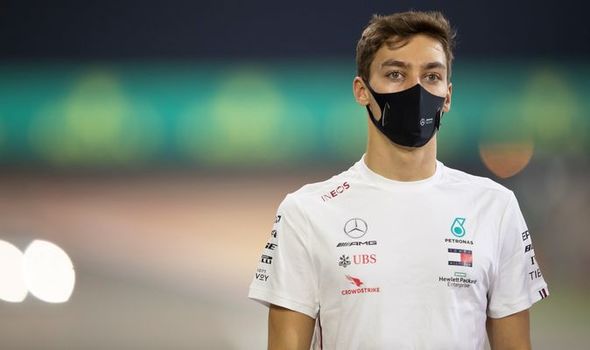 He added: “Then I think if you look at the key drivers, [Charles] Leclerc is obviously a really good driver. It’s going to be interesting to see how [Sebastian] Vettel gets on at Aston Martin, see whether he can reignite his career.”

The returning partnership of Hamilton and Bottas is expected to bring Mercedes success as they plot further dominance in 2021.

But Elliott has made clear that complacency will not creep in as he issued a reminder of why the team must remain fully focused.

“When you lose, you are driven to find out why. We see that in the team. When we lose a race, we think ‘why did we lose that?’

“The reaction to go and find out why, gather all the learning you possibly can, and turn that into the next step in performance is huge.

“And I know Toto [Wolff, team principal] said something in the press a few years ago which was ‘the day we lose is the day the opposition should fear’, and I think that is sort of taking Niki’s comment to the extreme. But I think there is that sort of feeling within the team of ‘yes, we’ve won seven but there’s still a long way to go to perfection’.”