Mercedes has branded their new upgrades installed at the British Grand Prix as a success in their bid to close the gap to Ferrari and Red Bull. Andrew Shovlin, Mercedes trackside engineering director, claimed the new package delivered “a few tenths” which boosted their performance at Silverstone.

The Silver Arrows chief also revealed the changes had contributed to less bouncing which had made it easier for the drivers to get on top of their cars. The assessment means Lewis Hamilton and George Russell may be able to build on their British GP pace in Austria this weekend.

Speaking in a debrief video on YouTube, Shovlin explained: “The key thing for us here was seeing they actually performed as expected. They did that, they were delivering a few tenths more downforce to the car and we think that we saw that in terms of the performance on the weekend.

“The other thing that was nice to see is there was a bit less bouncing, the car was behaving a bit more normally. It was easier for the drivers to work with it, to tune the balance. 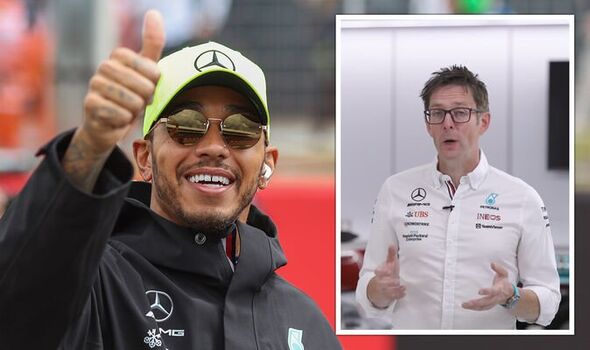 “Overall it was a pleasing result for us, not only to see Lewis on the podium but to see that update kit perform as we had hoped.” The team have appeared stronger at purpose-built tracks this season, meaning they could be competitive at the next six races on the calendar.

Hamilton appeared to be faster than the two Ferraris at one stage on Sunday as he hunted down Carlos Sainz and Charles Leclerc. However, the pace deficit to Red Bull was still obvious as Sergio Perez was able to for second place in the closing stages.

It means the German manufacturer have made vital steps in their hunt to match the frontrunners, but still admit more work is needed. 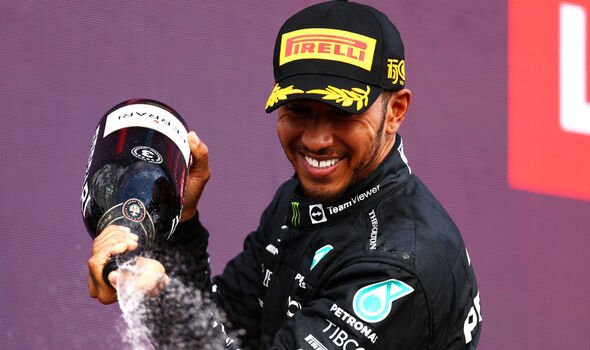 Shovlin added: “We need to build on this performance because we know that we are not quite quick enough just yet.” Team principal Toto Wolff also confirmed the new updates “seemed to work well” at Silverstone.

He stressed that he was happy it was a quick turnaround for Austria as the team looked to gather “more information” on their new package. But, the Austrian warned it was still unlikely the team could stand on the top step of the podium come Sunday afternoon.

He commented: “In Austria, there will be a couple of corners which haven’t made our car happy in the past but it’s a constant learning process for us. This year is going to be a pretty tough one to win but we just need to get our house in order to be properly on top of the car’s performance.”