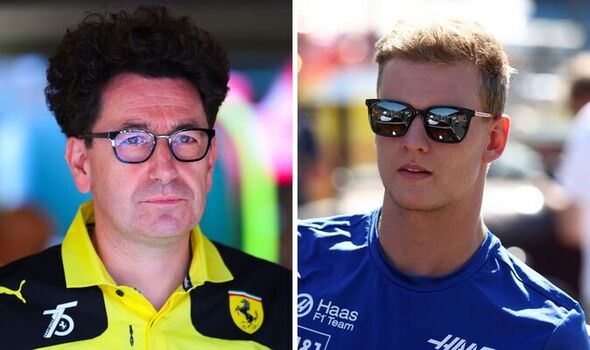 Mick Schumacher will sit down with Ferrari and Haas in the very near future to discuss what his future looks like beyond this season, Mattia Binotto has confirmed. Schumacher’s future in F1 remains uncertain with no new deal with Haas signed yet.

As a member of the Ferrari Driver Academy, Schumacher has long been tipped to follow in his famous father’s footsteps and drive for The Prancing Horse. He’s found his footing in F1 at Haas but has struggled at times to live up to high expectations.

It wasn’t until the British Grand Prix this season that Schumacher picked up his first points in Formula One. The German racing driver has seemingly turned a corner since then, beating team-mate Kevin Magnussen in six of the last seven races.

But there’s still growing doubts on whether Schumacher will have a career in F1 beyond this season with his contract at Haas running out soon. Ferrari are set to have a say in his future though with Binotto confirming a decision will likely come in the next month or so. 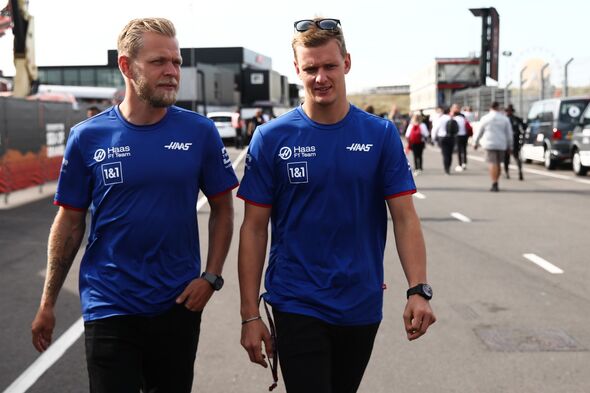 “It was another unfortunate weekend for Mick, he had problems with the car and couldn’t drive much before qualifying, which is why he had to start from the back,” Binotto told Sky Germany. “We still have a few races, then we’ll sit down with Haas and hopefully find the best decision for him and his future.”

The Italian Grand Prix last weekend marked the end of the European-swing in the F1 season with Singapore up next in a few weeks. There are just six races left of the season with Haas still in a battle with Alfa Romeo and AlphaTauri for sixth in the Constructors’ Championship.

Haas’ best season in F1 came back in 2018 when both Romain Grosjean and Magnussen helped them finish fifth in the standings. The last few years have been frustrating for Haas though and they finished at the bottom of the Constructors’ Championship last season.

Daniel Ricciardo has been linked with taking Schumacher’s seat at Haas, but Guenther Steiner played down those rumours last week. “We are considering what is best for the development of the team,” he said. “Do we only look at the technology or also the driving element?

“To be honest, we don’t know if Mick will stay or not. He delivered very good races in Canada, England and Austria, but he lacks the consistency to perform well. We’re in no hurry on the driver issue and Mick still has chances to show what he can do.”