Marc Marquez arrives home in Spain for Round 4 of the MotoGP world championship looking to make inroads into his rivals’ early-season points advantage.

But, after a year of rest and recuperation, Marquez was cleared to race at the third round in Portimao where he battled through the pain to earn a remarkable seventh place finish on his return to the track. 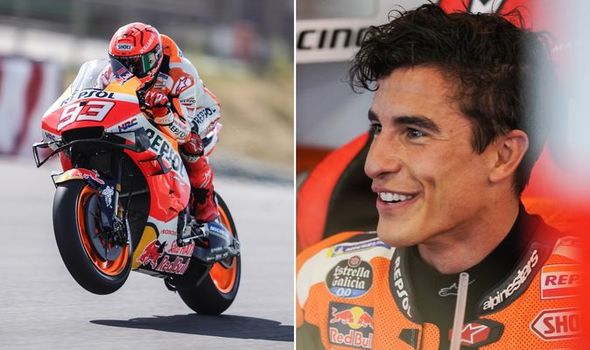 Now, after a further week of rehab between races, Marquez returns to the scene of his accident to embark on his quest to overhaul the 52-point deficit to the top of the championship standings.

Speaking ahead of the race weekend, Marqkez said his goal is to make regular improvements that he hopes will get him back to the sharp end of the grid.

“Now we are back into the rhythm of racing, after a productive week we are coming back to the track,” he said.

“I have continued to work through my recovery programme to make sure my physical condition is improving and following the advice of the doctors I have not ridden a motorcycle since Portugal. So, of course I am excited to get back on the bike!

“We approach Jerez the same way as Portimao; we are here to keep improving step by step and do the best job that we can.

“My recovery is continuing, and the important thing is that we keep improving our consistency. Let’s put on a great weekend for the fans who can’t attend.”

Marquez will attempt to claw back points on early-season pacesetter Fabio Quartararo, with the Yamaha rider heading into this weekend’s race at Jerez buoyed by the confidence that comes from the knowledge that he won both races at the Spanish circuit in 2020. 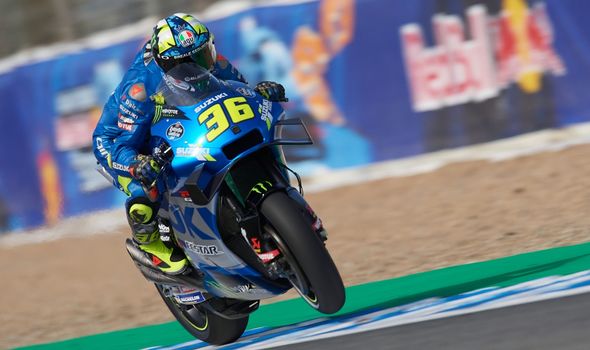 “I’m excited to go racing in Jerez this weekend,” he said.

“We start this GP with a lot of confidence. Last year I won both races at that track.

“This year I begin the Spanish GP having won the two previous races.

“Of course, you never know what can happen in MotoGP, but I’m feeling good at the moment, so we will do our best again!”

Meanwhile, defending world champion Mir is looking to continue his form after earning his first podium finish of the season in Portimao.

The Suzuki rider picked up a fourth-place finish in Qatar, then had a disappointing weekend in Doha, where he came home in seventh.

But after a third-place finish in Portugal, the Spanish racer heads into his home Grand Prix with renewed confidence.

“I was really pleased to be on the podium in Portugal, and I want to match this result and better it,” he said.

“My goal is to be in the top three every race if possible!

“Here at Jerez I think our bike can be strong, and it’s a circuit I like a lot, but I’m also expecting the competition level to be really high – even more than normal – because all the riders know this circuit very well and in general the level is extremely high this year.

“But, as usual, I will aim to put in the best performance possible and bring Suzuki a nice result and a bunch of points.”

The Spanish GP features free practice on Friday, with practice and qualifying on Saturday, then race day on Sunday. Every session is shown live on BT Sport.