Sergio Perez Perez is out of the British Grand Prix after becoming the first Formula One driver to test positive for coronavirus.

News of the result broke on Thursday night after the Mexican had a second test following one on Wednesday which was inconclusive.

Sunday’s race will go ahead behind closed doors and Perez’s Racing Point team will still compete in the Silverstone showpiece. 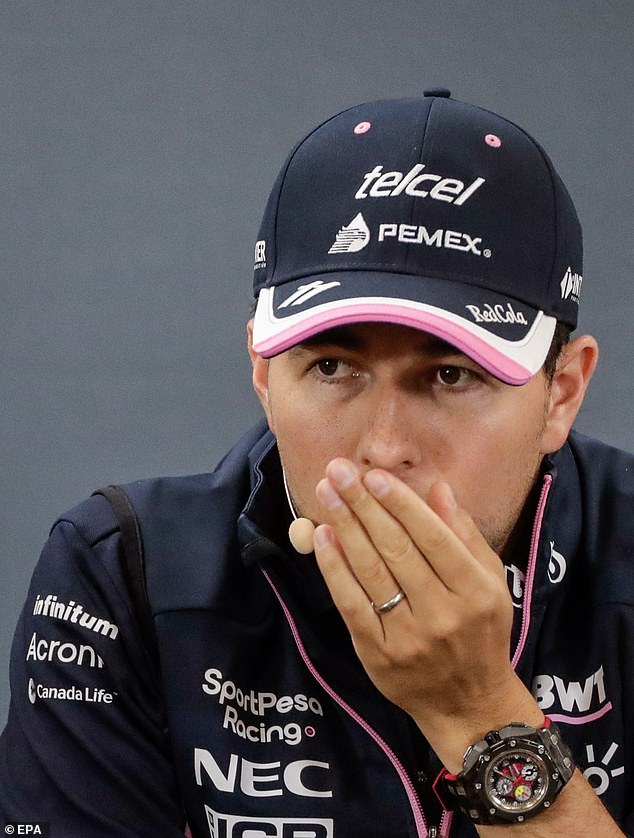 In a statement, the FIA and Formula One confirmed: ‘The results of the retest is positive. Perez has entered self-quarantine in accordance with the instructions of the relevant health authorities and will continue to follow the procedures mandated.

‘A full track-and-trace initiative has been undertaken and all close contacts have been quarantined.

‘The procedures set out by the FIA and Formula One have provided for swift containment of an incident that will have no further impact on this weekend’s events.’

Sportsmail understands Perez, 30, took his first test before entering the paddock. The three colleagues with whom he was in close contact are also isolating. 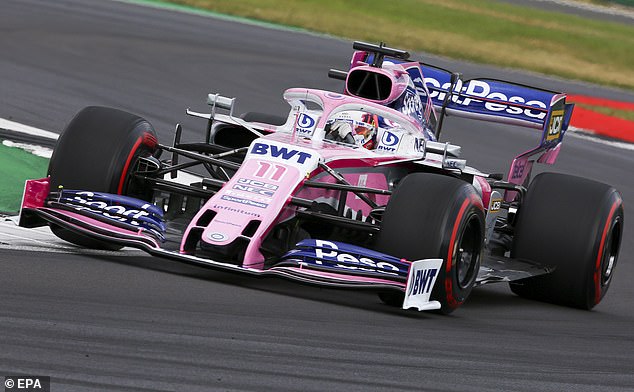 Racing Point said Perez was comfortable and in good spirits. However, he is almost certain to be unavailable for the second part of the Silverstone double-header next weekend — the 70th Anniversary Grand Prix.

The situation is very different from events in Melbourne in March, when one McLaren mechanic tested positive. In the febrile atmosphere the race was called off at the 11th hour and the season suspended.

Since Australia, Formula One has drawn up protocols to isolate incidents without ramifications stretching further. They are conducting an average of 500 tests a day.

Former Renault driver Nico Hulkenberg is favourite to replace Perez. Forms were being filled in to that end.

Lewis Hamilton, meanwhile, has vowed to race on in Formula One for at least three more years, taking the six-times world champion’s career towards the end of his thirties. 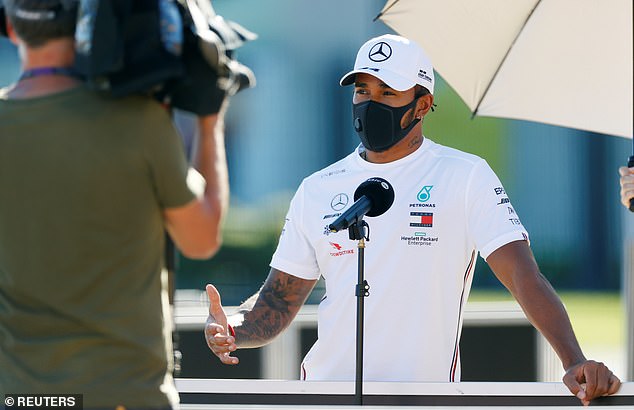 The Mercedes star, now 35, said he had gained energy from the Covid break and was giving no thought to quitting if he matches Michael Schumacher’s seven world titles and 91 wins this season. He is five wins short.

Indeed, his statement leaves the way open for a sentimental farewell, should he choose to seek it, with a final contract at Ferrari. Hamilton said: ‘My goal is to continue to deliver for as long as I can. I do see myself going for at least another three years.

‘While the first part of the season was cancelled and was a negative in many, many ways, in some ways it gave me a lot of time to focus on other things. It was really a bit of breathing space. It gave me a renewed belief to perhaps go on longer.

‘There is a point at which physicality and the mental side tail off. I don’t know when that’s going to be but I don’t see that happening in the next two or three years. I’m also conscious that we’re in a period of time where there’s not another driver from my background coming up.’