Sabine Schmitz drives the Nurburgring in a Transit van

Germany racing driver Sabine Shmitz has passed away at the age of 51 after a long battle with cancer. Shmitz earned a reputation as the ‘Queen of the Nurburgring’ having driven the track on thousands of occasions.

Schmitz also ran a famous taxi service around the track for years having grown up a short distance away from the Nurburgring .

Her track expertise earned her a role on Top Gear from 2004 and she was a huge part of the revamp of the show following the departures of Jeremy Clarkson, James May and Richard Hammond in 2015.

Shmitz was also a regular feature on the popular programme in the following years but she revealed last year that she had been battling cancer since 2017. 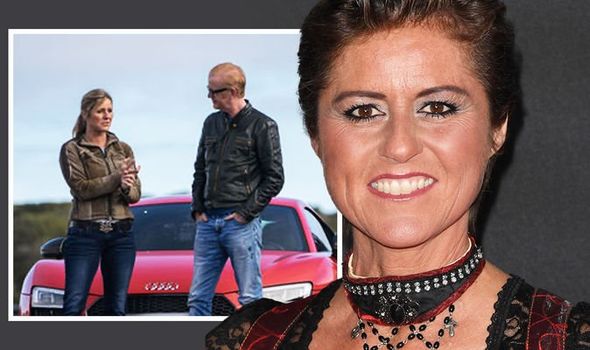 And Nurburgring, announced she had sadly passed in a statement on Wednesday morning.

The statement read: “The Nurburgring has lost its most famous female racing driver.

“Sabine Schmitz passed away far too early after a long illness. We will miss her and her cheerful nature. Rest in peace Sabine!”

She wrote: “Dear friends of professional motor sport, many of you have probably wondered why I was on the list of participants on our Porsche in the NSL and then didn’t drive after all.

“I would like to provide enlightenment here, I think I owe it to my/our fans!

“Since the end of 2017, I have been fighting an extremely persistent cancer that has not been eliminated with the resources so far. It got a little better – but now it’s come back with full force.

“Now I have to draw all the strength and nerve to master the next powerful therapies … hoping something [good] will happen. So I say goodbye ‘probably’ for the first time this season.

“In addition, I would like to thank everyone for their help and support in my everyday life, and encouragement in writing!

“So sweethearts, now you have an update. Please stay healthy and cheerful, see you at the ‘Ring.”