Sebastian Vettel’s Ferrari future is up in the air and the Italians know his seat is being eyed up by Daniel Ricciardo, Carlos Sainz and Antonio Giovinazzi. Vettel is out of contract at the end of 2020 and team principal Mattia Binotto has insisted he’s their first-choice option to drive alongside Charles Leclerc next year.

Ferrari are, though, yet to make serious ground towards hammering out a deal with the four-time F1 champion, who joined them from Red Bull in 2015.

Sky Sport in Italy report the Prancing Horse have now offered Vettel fresh terms which include a significant wage drop.

While the 32-year-old is mulling over that initial proposal, Ferrari are keeping in mind potential replacements.

It is claimed Ferrari are in no hurry to rush through a contract because they know Ricciardo, Sainz and Giovinazzi are all ready to jump ship for them. 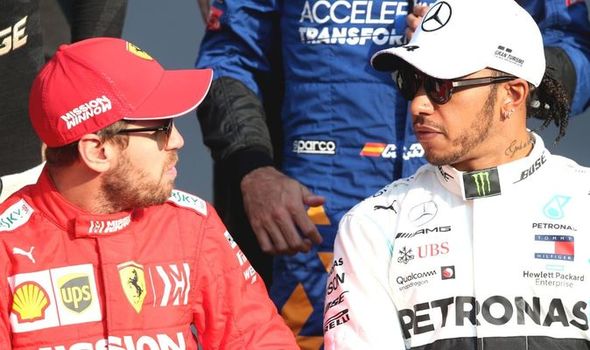 The trio are out of contract at Renault, McLaren and Alfa Romeo respectively at the end of the season.

And they’re being considered as alternatives to partner Leclerc, who committed his long-term future to Ferrari over the winter.

Lewis Hamilton has long been linked with a move to Ferrari, with both sides expressing their mutual admiration.

However, Mercedes driver Hamilton’s name is apparently nowhere to be seen on Ferrari’s list of possible replacements for Vettel.

Renault team principal Cyril Abiteboul refused to shut down talk earlier this month that Vettel could replace Ricciardo with the French constructors.

McLaren, meanwhile, are said to be interested in reuniting Vettel with their team principal Andreas Seidl should Sainz leave.

Sainz’s stock has risen following a promising first season at McLaren and former F1 driver Martin Brundle believes he is a serious option for Ferrari. 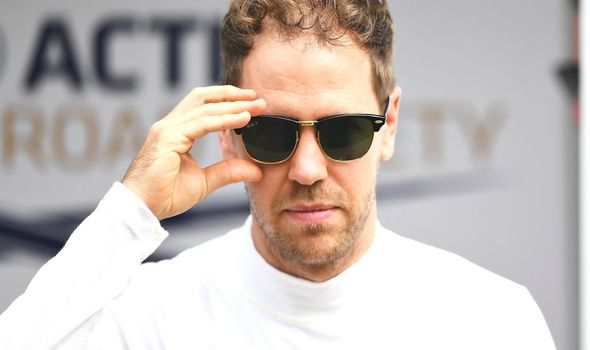 Asked by Express Sport if speculation linking Sainz to Ferrari should be a concern for McLaren, Brundle said: “Yeah, if he’s out of contract. I’ve always championed Carlos and to McLaren when they weren’t sure about taking him.

“I think he’s got his dad’s kind of sporting winning mentality – a double World Rally Champion of course, his dad. I think you’ve got Daniel Ricciardo, possibly out there [as an option for Ferrari] as well.

“But I think Sainz was very close to [Max] Verstappen when they were at Toro Rosso. It got political. It got dad and lad against each other from both sides of the garage and they went with Verstappen, which I think you would do all day long. But I think Carlos was a really good match for him.”

Vettel and co. now face a wait until at least June to begin the 2020 F1 season due to the coronavirus pandemic, so his future may be decided on before then.