Sebastian Vettel may have to commit to a three-year project if he ends up joining a “midfield team”, according to Daniel Ricciardo. Vettel will leave Ferrari at the end of the season with Carlos Sainz coming in as his replacement.

The four-time world champion admitted to being surprised at a lack of negotiation from Ferrari’s side over a new contract.

But now Vettel faces a decision on where his next move will be and he has limited options.

Mercedes are expected to stick with Lewis Hamilton and Valtteri Bottas while Red Bull have already ruled out Vettel returning.

McLaren was seen as a possible destination but they have decided to replace Sainz with Ricciardo. 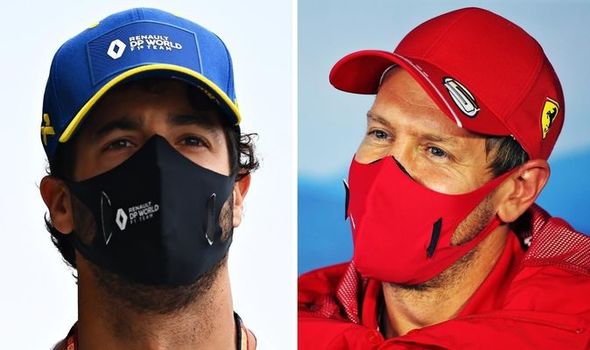 Renault, meanwhile, will have Fernando Alonso teaming up with Esteban Ocon next season.

It leaves Racing Point as one of the only options for Vettel, although they will be rebranded as Aston Martin next year.

Vettel has been used to driving for a team capable of challenging at the front of the grid on a regular basis.

Lawrence Stroll is hoping his team can eventually break into that mix and they have already seen promising results this season.

But they are still seen as a midfield team and if Vettel does end up going there, Ricciardo has warned the German F1 superstar that he will need to go there with an open mind.

“For Seb, in his situation he has had pretty much his whole career in the sport running at the front,” Ricciardo said.

“I would say that probably every year he has contested in F1 he has been on the podium, if not won.

“If it is the case that he goes into a midfield team, it is foreign territory for him. 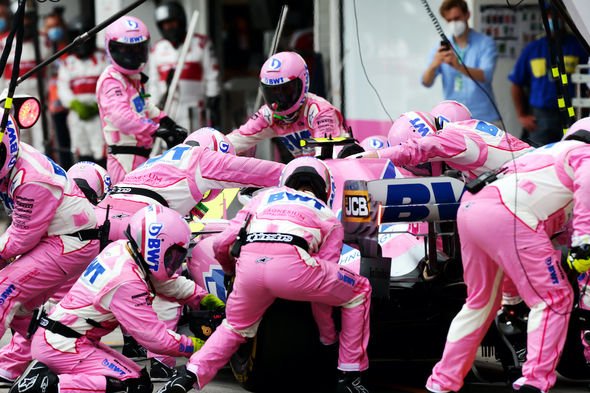 “It requires a bit more of an open mind, and some patience, but that is up to him and where he sees the next chapter of his career.

“If he still has the will and drive to compete at the top level, then I hundred percent think he should continue in the sport.

“But if it is in the midfield it is normally a longer play. You have to show commitment not just for another 12 months but two or three years.

“But that is something only he could answer. As a previous teammate, I like Seb, I certainly respect him in the sport.

“That is why if he wishes to continue I hope he finds a place where he is happy.”