Sebastian Vettel has defended Lewis Hamilton after the Mercedes star called out Nelson Piquet.  He said it takes “b****” and “courage” to speak up on these issues and called up fans to take action against racism in their own lives.

The Aston Martin star explained it was not enough to “just think that’s wrong” but claimed it was time to “speak up and make it clear that it’s wrong”. The 35-year-old added: “I think the action is our reaction to it, our behaviour towards it and the examples we’re setting.

“So it is probably fine to do something and to activate and to mobilise people and to educate, but I think what really matters is that everybody, us on the grid, everybody in this room, every day in every situation that we are in, we act, the way we believe, and we think is correct.

“That means that if we see any sort of abuse, like Lewis had to go through recently, we respond to it. But also, if you step into a train and you see something happening in front of you, it’s not time to just think that’s wrong, it’s time to speak up and make it clear that it’s wrong. 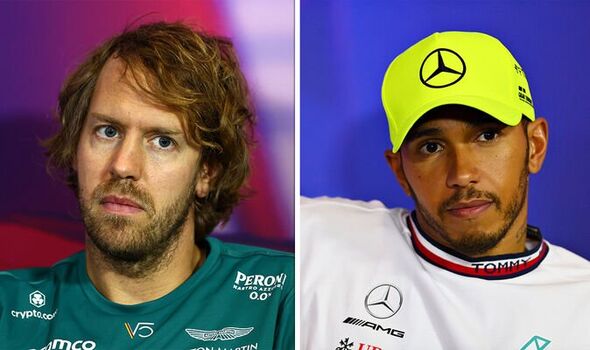 “So it does take b**** to speak up. It does take courage, but, you know, we shouldn’t be afraid of these situations anymore. Because I think we have more allies than we think.” Nelson Piquet was accused of making racist remarks against Hamilton in the run-up to the British Grand Prix as two interviews from November 2021 came to light on social media.

The Brazilian has since apologised for his language but claimed the phrase was used without malice. He explained the comment was “never intended to offend” and argued it is often used “colloquially” in Portuguese and Brazilian. 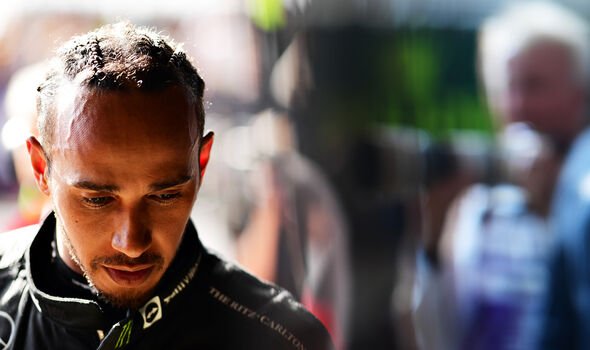 The three-time world champion wrote: “What I said was ill thought out, and I make no defence for it. But I will clarify that the term used is one that has widely and historically been used colloquially in Brazilian Portuguese as a synonym for ‘guy’ or ‘person’ and was never intended to offend.

“I would never use the word I have been accused of in some translations. I strongly condemn any suggestion that the word was used by me with the aim of belittling a driver because of his skin colour.” Piquet has also stressed discrimination “has no place in F1 or society”.