Sir Stirling Moss was once the most recognisable sporting star in the world.

Moss, who has died aged 90, never won a Formula One world championship, yet his remarkable talent at the wheel set him apart from his peers.

Enzo Ferrari, the founder of the biggest car brand on the planet, described Moss as the greatest driver in the world. Five-time champion Juan Manuel Fangio called Moss the best of his era. He was a driver who defined the very essence of style, sophistication, but bravery too in an age where death was synonymous with the sport.

Moss’ brilliant career ended on Easter Monday 1962 when he was cut out of his car following a terrifying 100mph crash at Goodwood that almost killed him.

The accident led the front pages of every national newspaper. It was a month before Moss was fully conscious. He received thousands of goodwill letters from fans. Moss tried to test himself behind the wheel again, but reluctantly called time on front-rank competition, aged 32.

Despite his official retirement, Moss continued to race until he was 81. But in the remarkable post-war years where he carried British sporting fame across the globe – although air travel was still a rarity then – Moss accumulated a world record 212 wins from 529 races in 15 scintillating seasons.

He raced in every sort of car, and perhaps his most famous and greatest victory of all was the 1955 Mille Miglia in which he covered 1,000 miles of open Italian roads at an average speed of 97.96mph in 10 hours, seven minutes and 48 seconds.

Moss was taken ill with a chest infection while on a cruise in Singapore just before Christmas 2016. He was transferred to a London hospital and finally to his Mayfair home.

After retiring from public life at the start of 2018, he died on 12 April 2020 with Lady Susie Moss, his wife of four decades, at his bedside. He is also survived by his son Elliot and daughter Allison.

Moss was born in London on 17 September 1929. The son of Arthur, a dentist and amateur driver, who finished 14th at the world-famous Indianapolis 500 in 1924, racing was in Moss’ genes. 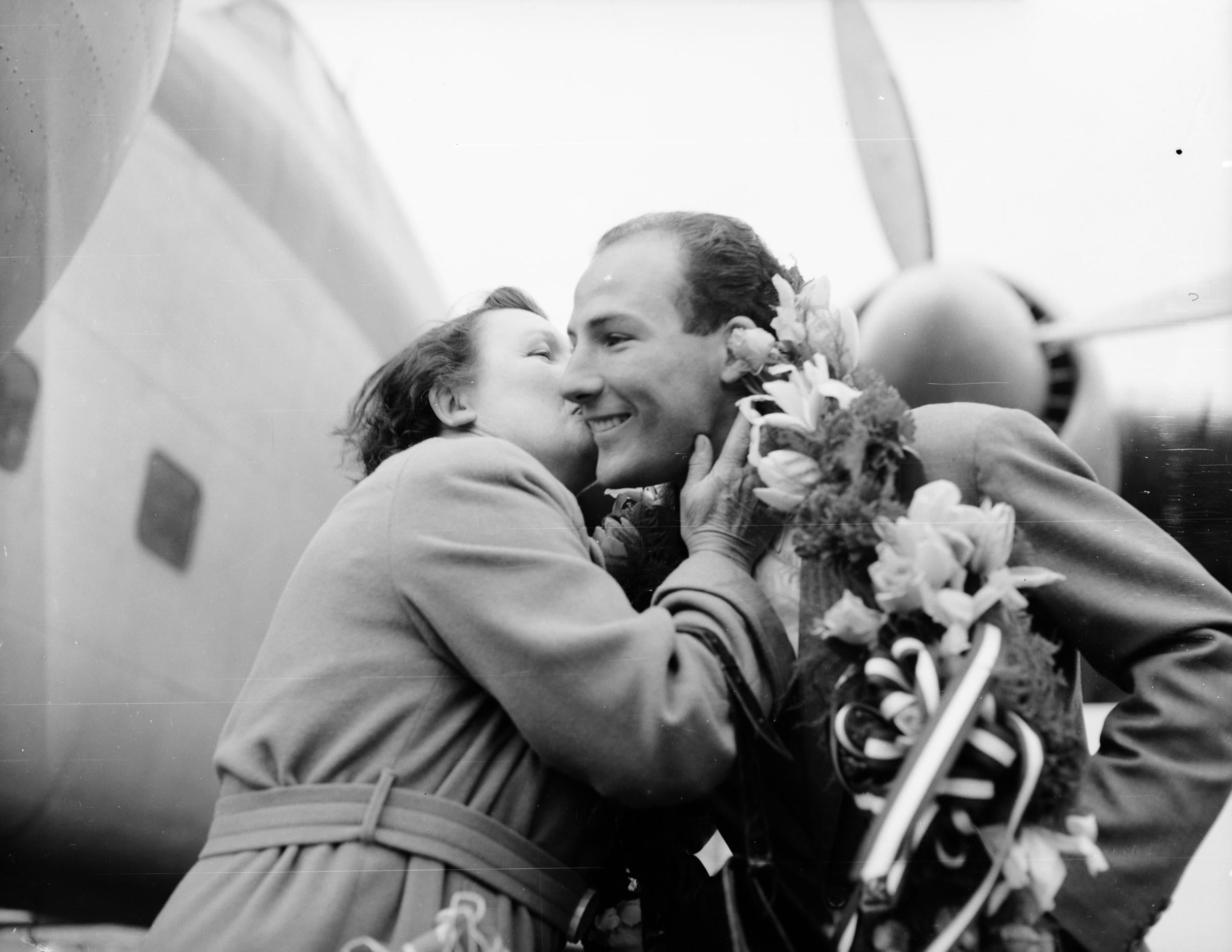 He spent his formative grand prix years in unsuccessful machinery – preferring to compete in British-built cars – before joining Mercedes in 1955 and teaming up with Fangio.

Moss claimed his first of 16 F1 triumphs at the British Grand Prix, before finishing runner-up in the championship – a position he would occupy for four successive years.

In 1958, Moss missed out on becoming the first British driver to win the F1 world title following an extraordinary act of sportsmanship – the like of which we are unlikely to see again.

Moss’ championship rival Mike Hawthorn was set to be excluded from the Portuguese Grand Prix after a marshal claimed he had illegally rejoined the track following a spin. Hawthorn’s disqualification would have seen Moss crowned champion.

But Moss, who had dominated the race to win by more than five minutes, jumped to his rival’s defence and rubbished the marshal’s claim. 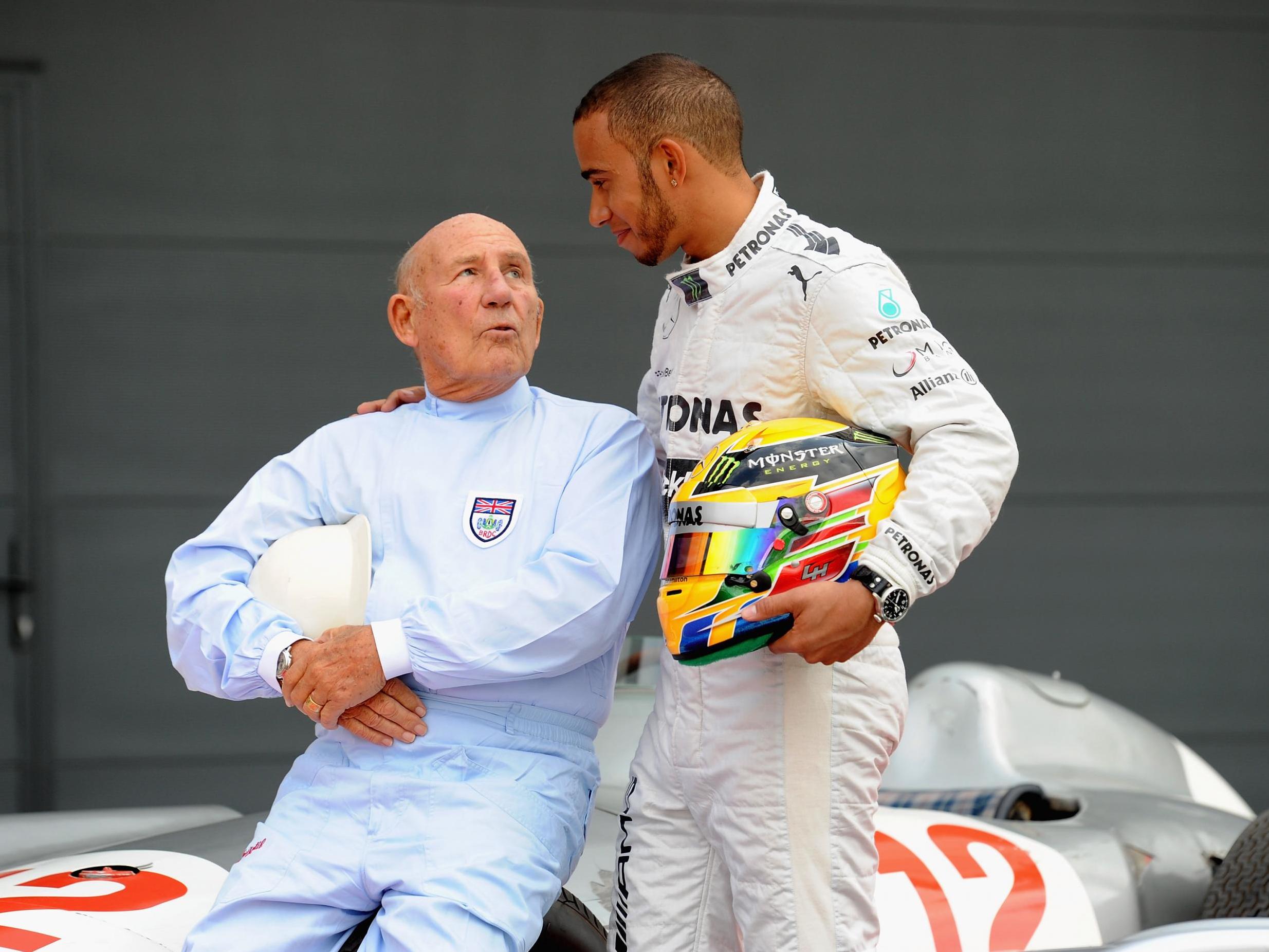 Hawthorn was reinstated to second and Moss, despite winning four races to his rival’s one, would miss out on glory by a single point.

“I had no hesitation in doing it,” Moss recalled many years later. “I can’t see how this is open to debate. The fact that he was my only rival in the championship didn’t come into my thinking. Absolutely not.”

Moss broke both his legs in a qualifying crash at the 1960 Belgian Grand Prix – a tragic weekend which claimed the lives of his compatriots’ Chris Bristow and Alan Stacey – before somehow surviving his horror Goodwood accident.

In 2010, Moss, then 80, broke both ankles, four bones in his foot and chipped four vertebrae after falling down a lift shaft at his Mayfair home.

Yet, just four months later, he was on the Silverstone podium to present Lewis Hamilton with his trophy for finishing second.

“Stirling is a great ambassador for the sport, and the UK,” said the six-time world champion in 2019 in celebration of Moss’ 90th birthday, who simply described him as a “legend”.