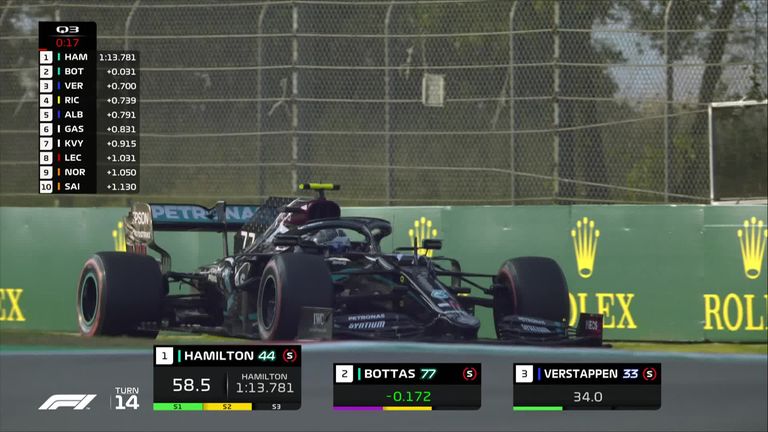 Valtteri Bottas secured his fourth pole position of the season by edging championship leader Lewis Hamilton with his final qualifying lap for the Emilia-Romagna GP, while Pierre Gasly also starred for AlphaTauri.

Hamilton was ahead of Bottas for much of the condensed first day of Imola’s Formula 1 return but, turning the tables on the man who has dominated 2020, the Finn out-paced Hamilton by 0.097s at the end of Q3 to win what was an exclusive Mercedes battle.

“Valtteri did a great job,” said Hamilton, who will be aiming for a record-extending 93rd F1 victory in Sunday’s race. “It was a pretty poor lap from myself. These things happen you can’t always get it perfect.”

Bottas, on the back of two disappointing races in Germany and Portugal, added: “It’s going to be a good fight [tomorrow].”

Max Verstappen survived an engine scare in Q2 to join the pole fight, but was essentially never a factor and finished a distant third – half a second off the pace.

It was a tricky hour from the outset for Red Bull – not just down to the frantic work required for Verstappen’s car but also because the under-pressure Alex Albon endured another tricky session.

Albon had several deleted lap times for breaching the iconic circuit’s track limits, as well a spin, on his way to sixth on the grid. 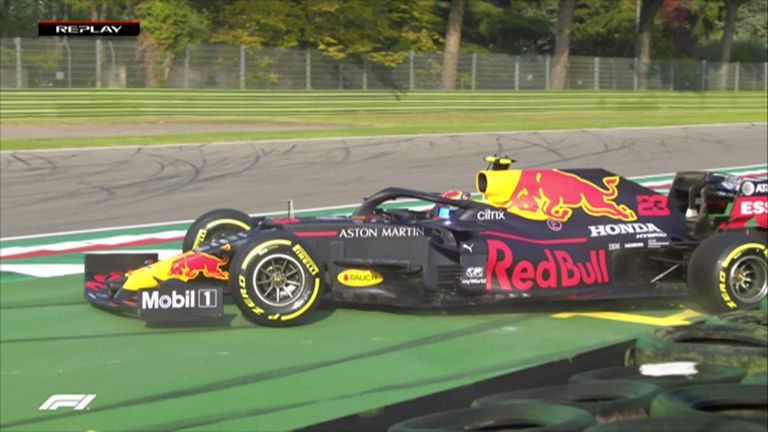 That opened the door for other midfield drivers, and Gasly and Daniel Ricciardo took advantage with what Sky F1’s Martin Brundle described as the “standout laps” of the afternoon.

Gasly’s display, on the week he learnt he would be staying at AlphaTauri for 2020 and not replacing Albon, was particularly impressive to head the chasing pack in fourth, while the in-form Ricciardo also deserves immense credit given Renault team-mate Esteban Ocon didn’t even reach the final shootout.

“That was the best lap I’ve done so far this year,” admitted Ricciardo. “I’m stoked.”

Charles Leclerc continued his brilliant Saturday form to secure seventh on what was yet another day of contrasting driver performances at Ferrari, with four-time F1 champion Vettel outqualified by Williams’ George Russell for the second consecutive weekend and failing to make it to Q3 for the ninth time in a row.

Daniil Kvyat was eighth, his first Saturday top-10 result of an inconsistent season. 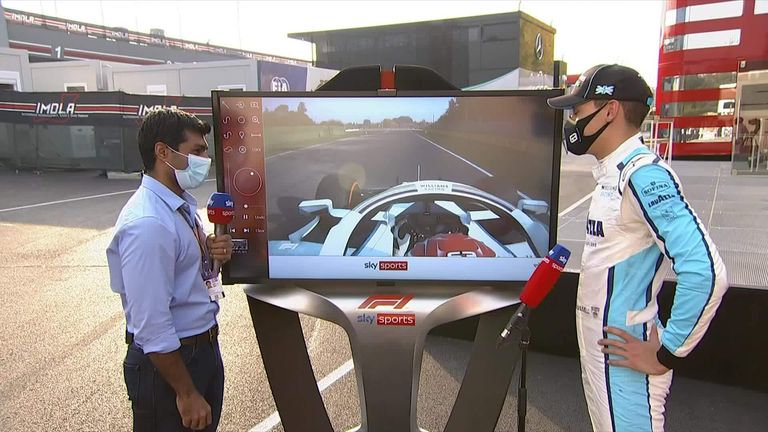 Sunday’s race – the first at Imola since 2006 – starts at 12.10pm on Sky Sports F1, with build-up from 10.30am, and as well as the fight at the front there will be several drivers needing big recoveries, such as the Racing Point drivers – who were both surprisingly knocked out in Q2.

Perez will start 11th ahead of the similarly out-of-position Ocon while Stroll could only seal 15th behind the in-form Russell and the Ferrari of Vettel.