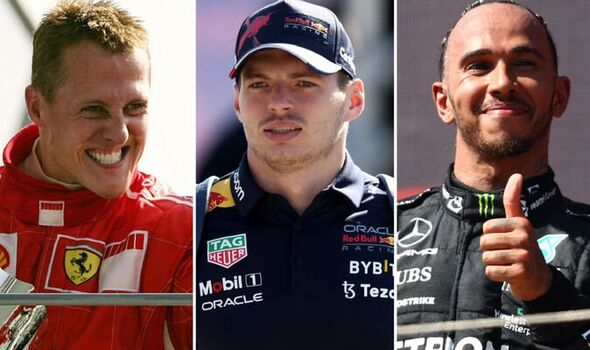 Max Verstappen is rapidly closing in on his second Formula One Drivers’ Championship and could even be crowned back-to-back world champion in Singapore next weekend. And with the Dutchman dominant at the moment, he will soon be looking to lay claim to various F1 records held by Michael Schumacher and Lewis Hamilton – some of which he can break this season.

Schumacher and Hamilton share an unparalleled seven world titles after the Briton was denied his eighth last year. With Verstappen only turning 25 later this month, he may have at least another decade in F1. If Red Bull can continue to provide race-winning cars, he can reach eight titles despite the threat of Charles Leclerc and George Russell.

Verstappen will become the 10th driver to win back-to-back titles with his 2022 crown. Schumacher holds the record for winning five straight between 2000 and 2004 and while six in a row will take an incredible effort, the Verstappen-Red Bull juggernaut could yet dominate the sport as Mercedes did between 2014 and 2020. If they do, no one can catch Max.

Verstappen is up to 31 race wins and will extend that total before 2022 is up. While Hamilton’s all-time record is a long way away still, if the Dutchman spends another 10 years in the sport, he need only around seven wins a season to match Hamilton. He should get 20-30 wins in the next two seasons alone. 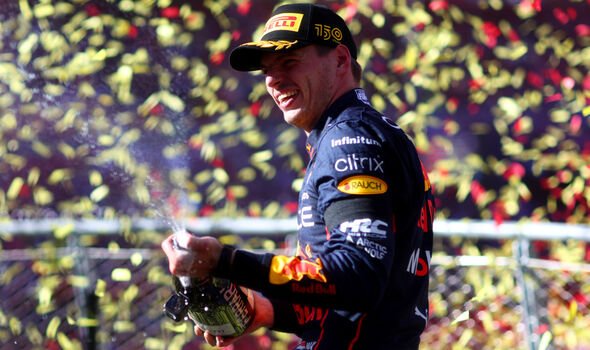 Verstappen managed a stunning 18 podiums from 22 races in 2021 and the youngest ever podium-sitter is 13 from 16 this year heading to Singapore. He sits on 73 podiums, with Schumacher on 155 and Hamilton on 188. Both look catchable for the Red Bull driver.

Verstappen has claimed five fastest laps in 2022 and sits on 21 overall in his career. That puts him exactly 40 behind Hamilton but 56 behind Schumacher. With the length of time left in his F1 career, though, the 25-year-old might fancy his hopes of catching the German.

Verstappen is well on course to surpass his career-best tally of 395.5 points this year. He’s on 335 with six races still to go, and that means Hamilton’s total of 413 – which he picked up in 2019 – is within sight. Verstappen can finish 76 points ahead of that if he wins all of the final six races and claims the fastest laps in them all too. 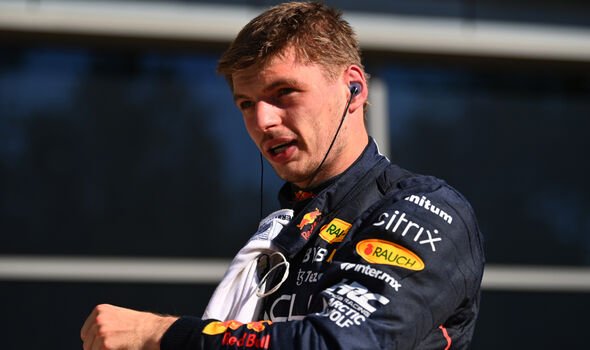 Most wins in a season – 13 (Schumacher and Vettel)

Another record Verstappen appears almost certain to claim. He’s on a career-best 11 race victories already this year which equals Hamilton’s best ever (which he achieved in four different seasons). Verstappen needs to win three of the next six races to surpass Schumacher and Sebastian Vettel’s record.

An F1 hat-trick is defined as earning pole position, a race victory and the fastest lap all at the same Grand Prix. Schumacher managed that 22 times with Hamilton on 19. Verstappen is only on five but has plenty of time to add to that amount.

Most seasons with one win – 15 (Schumacher and Hamilton)