Max Verstappen has refused to elaborate on why he disobeyed team orders by not allowing his team-mate Sergio Perez past at Sunday’s Brazilian Grand Prix.

The Dutchman finished sixth in Sao Paulo, one place ahead of his Red Bull counterpart, as the team endured one of its poorest weekends of the season – not finishing in the top three for the first time since the third race of the season in Australia.

Verstappen endured a clumsy race having earlier controversially crashed with old rival Lewis Hamilton, seeing him tumble down the order and pick up a five-second penalty. 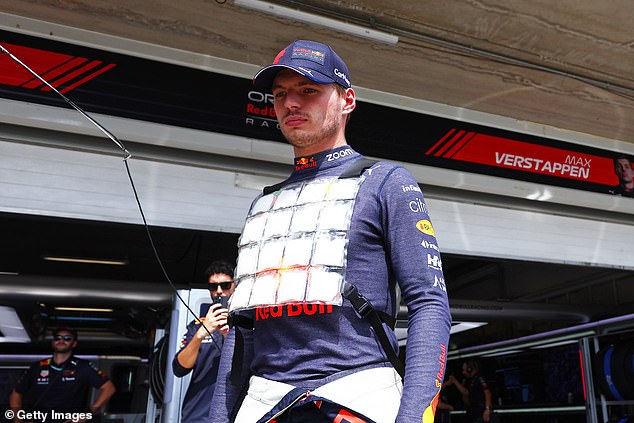 Perez is locked in a battle for second place in the world championship with Ferrari’s Charles Leclerc, with Verstappen having already been confirmed as the title winner to retain his crown he first won last year.

During the race at Interlagos on Sunday, the Mexican had allowed Verstappen through to try and attack fifth placed Fernando Alonso in the closing stages, understanding that the 25-year-old would hand the place back if he failed to progress.

But despite clear orders over the team radio to allow Perez back past after the final corner if he couldn’t catch Alonso, Verstappen kept going at normal pace over the finish line four seconds ahead of Perez.

The result is crucial to Perez as now locked level on points heading into the last race in Abu Dhabi, he is placed behind Leclerc by the countback of the Monegasque star having a greater amount of wins next season and it means he must finish ahead of the Ferrari driver at Yas Marina. 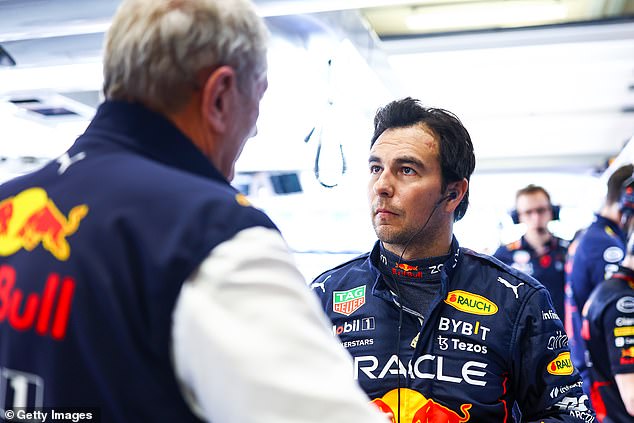 Speaking after the race, Perez admitted it was ‘disappointing’ while adding on his team radio, ‘it shows who he really is.’

Perez said: ‘I have nothing to say, really. After all I’ve done for him, it’s disappointing. I have no idea. I’m really surprised.’

Later to Spanish-speaking media he also said: ‘If he has two titles, it’s thanks to me’ referencing how he has many times in the past helped Verstappen on track.

But the world champion refused to be budged and stood by his actions of refusing to help his team-mate.

Speaking to Sky Sports after the race:, he said: ‘I understand from Checo’s side he is disappointed. But I also gave my reasons why I didn’t do it, about something that happened in the past. 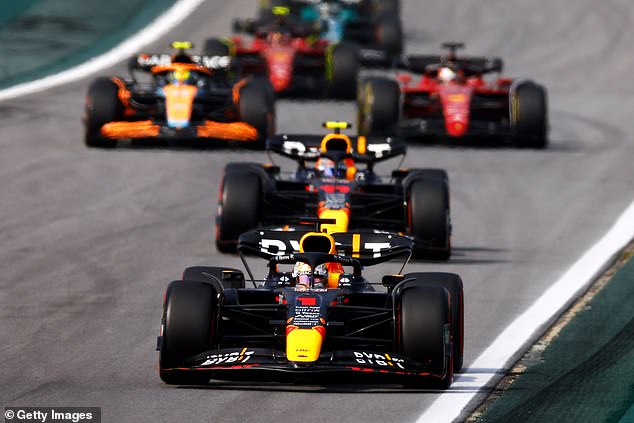 ‘That’s why we all sat together and talked about it. As a team, we understand, and we have to move forwards. We go to Abu Dhabi and if he needs the help there to finish ahead of Charles, I will help him.’

Verstappen insisted he had already spoken with Red Bull over the incident, adding: ‘No. It is not necessary to talk about it, but it is important that as a team we talked about it.’

Speculation over Verstappen’s reasons are thought to be over an incident at the Monaco Grand Prix earlier this season when Perez crashed on his final qualifying lap, ensuring he would start ahead of Verstappen by having the session stopped and denying his team-mate a chance to leap frog him. When questioned if this was the case, Verstappen replied: ‘I don’t need to say.’ 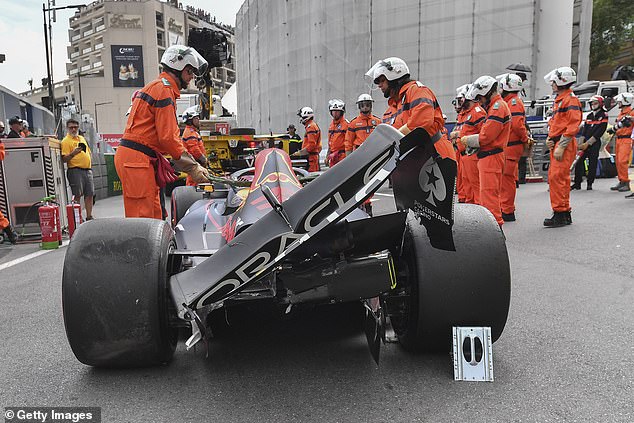 Perez went on to win in Monte Carlo after a team error from Ferrari.

Red Bull boss Christian Horner believes the matter is now in the past heading towards the final race.

‘We will go to Abu Dhabi to get Checo the second place and Max will support that. We won’t talk about what happens internally but the drivers shook hands on it.

‘We work as a team, we race as a team and our priority is to help Checo get second in the championship. We will do the best we can to achieve that and if Max can help in any way, he will do.’