Home » Racing » Verstappen vows to bounce back after Hamilton heroics

Hamilton started the race 10th – and 21 points behind Verstappen – following the sprint after receiving a five-place grid penalty for taking a new engine to Interlagos.

However, in a style typifying the seven-time world champion, the 36-year-old moved through the field and passed his rival with 12 laps to go to secure a famous victory. 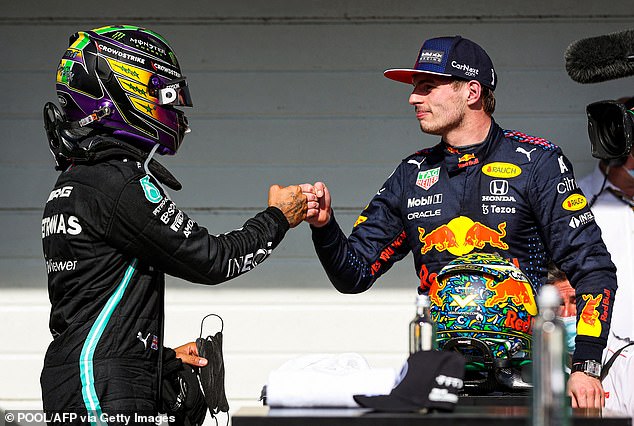 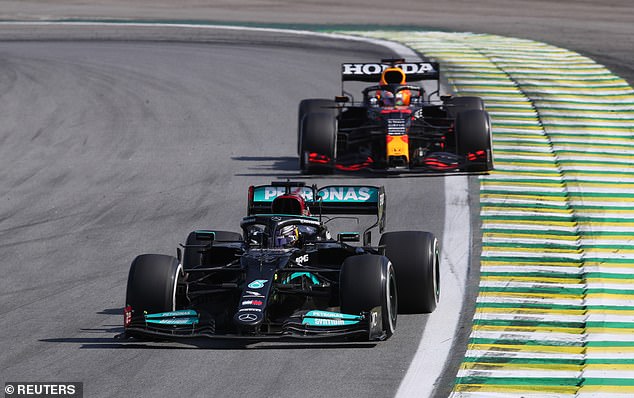 Hamilton and Verstappen have clashed numerous times during a ferociously competitive year, but the younger man – who finished second – still feels he has a big enough overall lead to be confident.

‘We were just missing a bit of pace, but we gave it our all and had fun,’ he said. ‘We still have a good points lead, today was a bit of damage limitation. The coming races we will bounce back.’

Red Bull team principal Christian Horner admitted that Mercedes’ pace ‘was just unstoppable’ on a weekend when Valtteri Bottas also finished on the podium to increase the Brackley-based team’s lead in the constructors’ championship to 11 points. 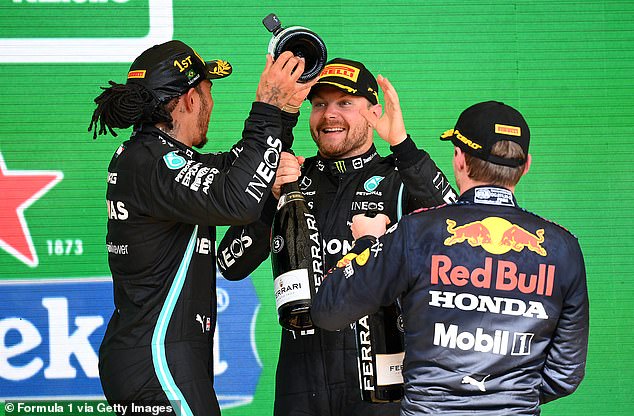 There are just three races left in the campaign: two new races – next weekend’s  Qatar Grand Prix and the Saudi Arabia Grand Prix on December 3 – before the Abu Dhabi Grand Prix completes the calendar on December 10.

Verstappen won in Abu Dhabi last year, although Hamilton has won the race the most times (five) and was victorious on the two previous occasions in 2018 and 2019. There will be fireworks.