Carlos Sainz will be confident he’s made the right decision in ditching McLaren for Ferrari ahead of the 2021 F1 season. That’s the verdict of former McLaren driver Martin Brundle, who believes the Spaniard and Charles Leclerc will form a “great little” line-up at Ferrari.

Sainz was pulled into the driver market merry-go-round in May after Ferrari announced they would not be retaining Sebastian Vettel’s services for 2021.

The 25-year-old agreed a two-season contract with the Italians, who had been tipped to make an audacious move for Lewis Hamilton, as well as Daniel Ricciardo and Antonio Giovinazzi.

Sainz could be forgiven for having second thoughts over the impending switch with McLaren outperforming Ferrari in the first three Grands Prix of 2020.

So, does Brundle think Sainz will have any regrets about deciding to quit McLaren for their pit-lane rivals? 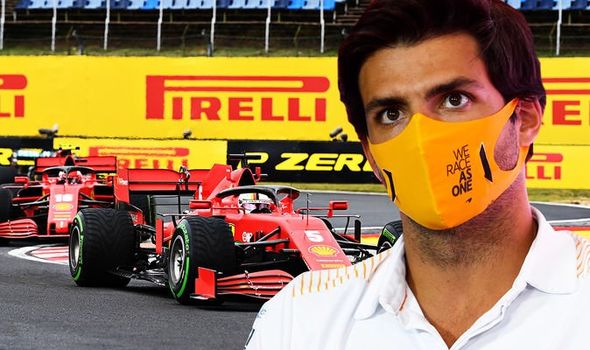 “No, I don’t, honestly,” Brundle told Express Sport. “Carlos is 25, he’s young enough to think into the future. Who’s going to turn down a works Ferrari drive?

“I think he will look fine up against Leclerc. That’s a great little driver line-up for the future and they can build.

“How long was Michael Schumacher there before he started winning things? Three or four years.

“It is a concern because Carlos’ advisor and friend Fernando [Alonso] didn’t make it work there. Obviously Seb Vettel hasn’t made it work there and they went there as champions.

“If I was Carlos, I’d have grabbed that Ferrari with both hands and there’s no point in him even wasting energy worrying about whether it’s right or wrong.

Nico Hulkenberg opens up on ‘special’ shock return to F1

Why Ferrari might miss out on Max Verstappen one day 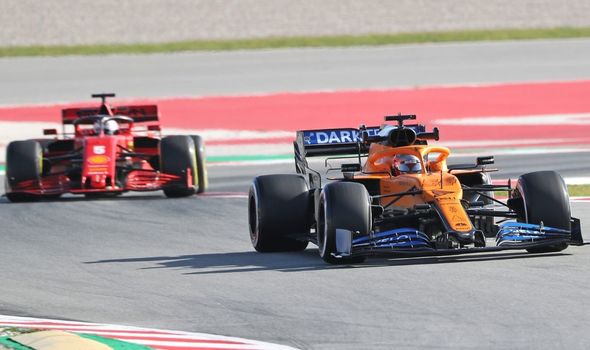 McLaren are third in the constructors’ standings going into Sunday’s British Grand Prix, with just Mercedes and Red Bull ahead of them.

Ferrari, meanwhile, are back in an uncharacteristic fifth position and will be desperate to close the gap to their fellow big hitters.

Can McLaren fend off Ferrari and Racing Point to claim third in the end-of-season table? Brundle says it will be tough, but it’s “possible”.

“I think they could be [the third-best team in 2020],” Brundle said. “The might of Ferrari – they’re like Red Bull – and just the resources these teams have got. 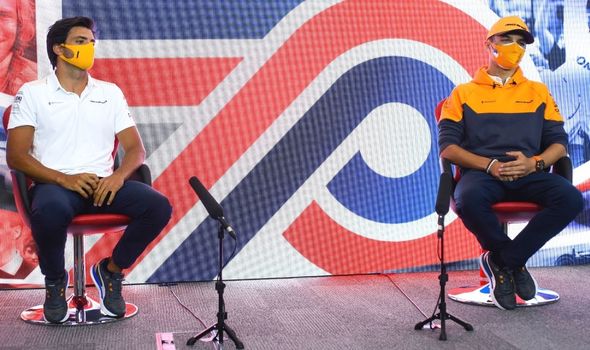 “They’re much bigger than McLaren now, much bigger. They will be able to keep improving their car. So you might find a bit where McLaren stall out, where they’re obviously getting a lot out of their package right now.

“We saw in Hungary, they had a bit of an ordinary day out. Season-long, do I see them beating Ferrari? It’s possible. But I think it’ll be really hard to do, given the might of Ferrari.

“They’ve got two great drivers [Sainz and Lando Norris] there. Andreas Seidl’s obviously focussed the team. And I just think they’re getting the most out of their package.

“The question now is: can they do anything with the package to make it even better and give them more potential? Or will they just keep getting the most out of what they’ve got?

“I think it’ll be touch and go, but I still think they’re more likely to be fourth than third.”