F1: Verstappen puts in hard graft ahead of new season

Max Verstappen encountered a problem early on in the Bahrain Grand Prix and he told his engineer “you better f**king find it”. The Dutchman started the race on pole position but had Lewis Hamilton on his tail from the off.

An early Safety Car, caused by Nikita Mazepin’s spin, bunched up the field on just the second lap.

And while the remaining 19 drivers were following the Aston Martin, race leader Verstappen encountered issues with his throttle.

“I feel something weird off throttle,” he said over the team radio.

Another Safety Car was called out on the sixth lap when Pierre Gasly found himself in a spot of trouble and lost his front wing.

Verstappen got back on his team radio for another conversation. 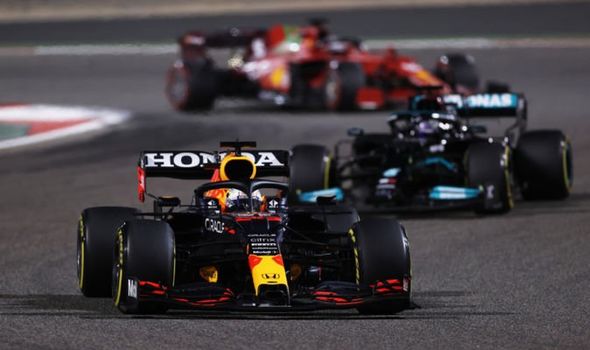 He added: “There is definitely an issue, you better f**king find it.”

Mercedes got wind of the problem and encouraged Valtteri Bottas to catch the front two.

“So, Verstappen ahead has a problem,” the Finn’s engineer said. “Everything to play with. Come on Valtteri.”

Verstappen had appeared the quickest in all three practice sessions ahead of the race and he carried that momentum into qualifying.

The 23-year-old beat Hamilton to the fastest lap in Q3 to ensure he started at the front of the grid.