Melbourne have been left devastated after scans confirmed Demons youngster Aaron Nietschke ruptured his ACL for the third time since being drafted by the club in late 2018.

Nietschke, 20, went down while playing in a reserves practice match against Richmond on Friday as he endeavoured to build a case for an AFL debut, having been taken from South Australia at pick 53 in the 2018 draft. 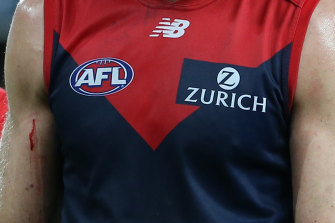 But an AFL breakthrough is now a distant hope with the defender ruled out for much if not all of the season.

“Scans have unfortunately confirmed that Aaron has ruptured his ACL and will again miss a large portion of the year,” Demons football performance manager Alan Richardson told the club’s website.

“This is absolutely devastating news for Aaron and the club, as he was preparing for the season ahead.”

The club said it would consider various treatment options.

“Aaron is a very impressive and resilient person, his professionalism can’t be questioned and the way he attacks his rehab is outstanding,” he said.

“This is really unfortunate for Aaron who was in great shape since returning from his previous knee injury.

“Unfortunately, he hasn’t been able to play consistent football since he was drafted due to injury.

“We will work with Aaron and ensure all options are assessed before deciding the most appropriate treatment required to reconstruct the ACL.”

With Nietschke now eligible to be placed on the inactive list, the Dees could have an extra spot available for a player to be picked up via the pre-season supplemental selection period of the mid-season rookie draft.

Former North Melbourne big man Majak Daw is already among those training with the club, vying for a spot on the Dees’ list.