Melbourne premiership ruckman-forward Luke Jackson will meet the Demons on Tuesday and formally request a trade home to Perth.

Jackson will not nominate a preferred club, and is fielding offers from both Fremantle and West Coast – leaving Melbourne to strike the best deal with one of those clubs. 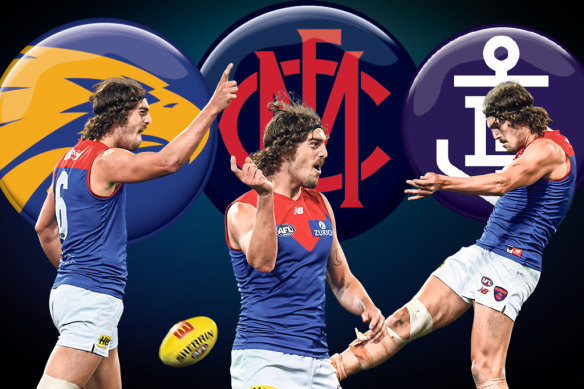 Luke Jackson will ask for a trade, but which WA club is in the box seat?Credit:The Age, AFL Photos, Getty Images

It had long been expected Jackson would ask to be traded to Fremantle, but West Coast remain firmly in the frame.

West Coast, who have pick No.2 in the national draft, theoretically have a strong hand for a negotiation, but it is uncertain if they would be prepared to part with the pick. Their second round pick is currently No.20.

Officially, the Eagles are barred from trading their first pick this year, having previously traded multiple first-round selections in recent years with the Tim Kelly trade. They would need permission from the AFL – which they would certainly get – to be able to trade that pick for Jackson. 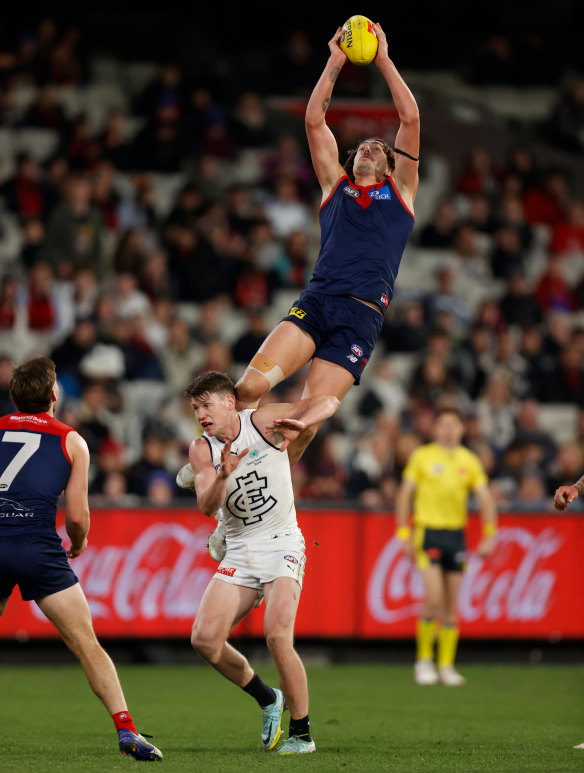 One option the Eagles could explore is getting permission to trade that pick, and then split it in trading with another club and try to keep one pick and use one first round selection as part of a trade for Jackson.

The Eagles also have pick No.2 in the pre-season draft. While it would be unusual and highly unlikely Jackson would utilise this as an option to move to the Eagles, it does create leverage in discussions. 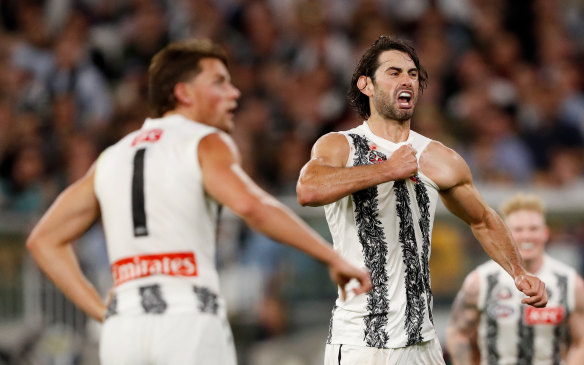 Melbourne will try to trade for Collingwood’s Brodie Grundy.Credit:AFL Photos

Fremantle’s first round pick, currently 13, would be expected to be offered in a trade, along with another selection, possibly next year’s first round, as part of a Jackson deal.

Both clubs would be able to offer Jackson suitable contract terms.

Melbourne is likely to need a pick from Jackson leaving to be able to trade for Collingwood ruckman Brodie Grundy as an immediate replacement. In the short to medium term Grundy, a two-time All-Australian, would be an improvement in the position on Jackson.

But complicating the trading picture is the fact that Melbourne do not have a first round pick of their own this year, and their first pick in this year’s draft currently sits at 33.

Sydney have Melbourne’s first round pick in this year’s national draft after a multi-club trade last year that helped Adelaide secure Jordan Dawson from the Swans, and the Western Bulldogs and St Kilda get points for father-son and academy bids.

Collingwood will also enter the trade period with a first-round but no second-round pick this year, having traded picks aggressively last year to secure the points to cover the father-son selection of Nick Daicos.