Collingwood president and fans delayed as Sydney-bound flight turns around

A big day for some of the Magpies’ biggest supporters has started poorly, with a Sydney-bound Qantas flight carrying club president Jeff Browne forced to turn around minutes after departing.

A Qantas spokesperson confirmed Melbourne to Sydney flight QF436 was forced to land shortly after take-off at 11.20am today due to an unusual smell in the cabin. 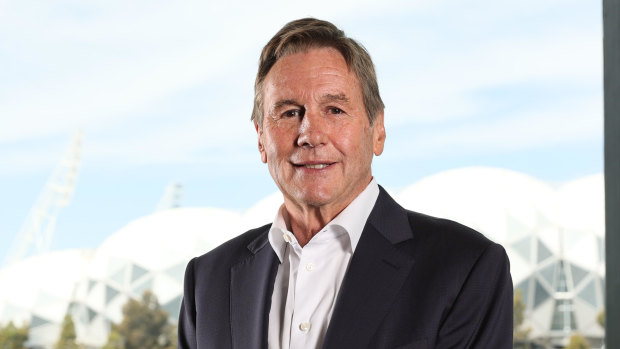 Browne, who is in the midst of his first year as Magpies president, was onboard the flight – which had already departed 20 minutes behind schedule – with several Collingwood supporters.

Qantas said the passengers would be accommodated on the next available flights to Sydney.

Browne is now on his way to the SCG and is expected to make it in time for the first bounce, although he may miss most of the pre-game build-up.

The original flight, QF436, is now expected to land at 3.43pm, but 3AW reports passengers were already transferred to a plane which was scheduled to depart at 2pm.

G’day everyone. It’s Roy Ward here and I’ll be tapping the keys on our live blog as Sydney and Collingwood face off for a spot in next Saturday’s AFL Grand Final.

Plane issues appear to have disrupted some fans travel schedules today but the buses carrying scores of Magpies’ faithful to Sydney appear to have arrived well before first bounce.

On the field, both sides will have seen Geelong romped into the grand final with a thumping win over Brisbane at the MCG last night.

First bounce is set for 4.45pm AEST and we will have all the major moments and post-game reactions on the blog today.

Please enjoy the afternoon to come.