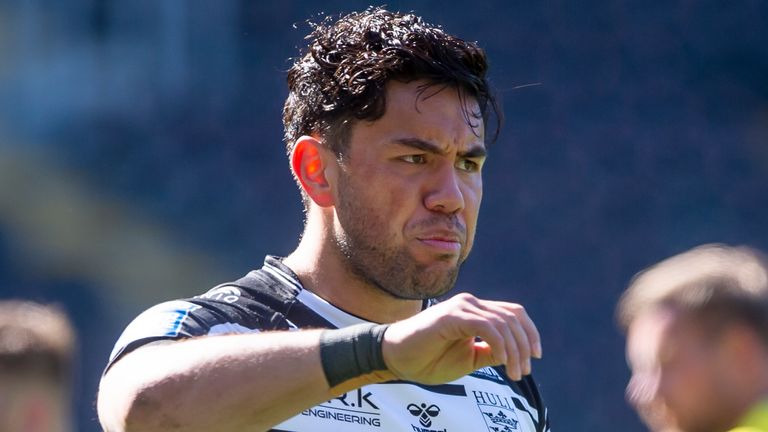 Andre Savelio took to social media to express his anger at an alleged racist remark he reported to the referee during Hull FC’s Super League match against Wigan Warriors.

Referee James Child placed the first-half incident on report after Savelio said he had heard a comment, with the official’s microphone picking up Mr Child saying it was Warriors prop Tony Clubb who was the player who had been accused.

The New Zealand-born forward, who is of Samoan descent, detailed the alleged slur – which made reference to his Polynesian heritage – in a Twitter post following the game as well.

“In a game where 30 per cent are of that heritage, hell I won’t sit quietly,” Savelio also wrote in a post on his Twitter page. “I’m just hopeful a camera or microphone clocked it and it’s dealt with.”

The incident comes ahead of a weekend when Super League, the RFL, Rugby League World Cup 2021 and the Rugby League Players’ Association are set to join a social media blackout to help combat racist abuse.

The allegation will now be assessed by a disciplinary panel after being put on report by Mr Child, while Wigan head coach Adrian Lam said he will reserve comment until the club gets to the bottom of allegations made against Clubb.

“I got the news, but I have no comment at the moment until we get to the bottom of what the allegation actually is,” Lam said in his post-match press conference. “As a club, we will follow protocol and see how it unfolds in the next 24 hours. 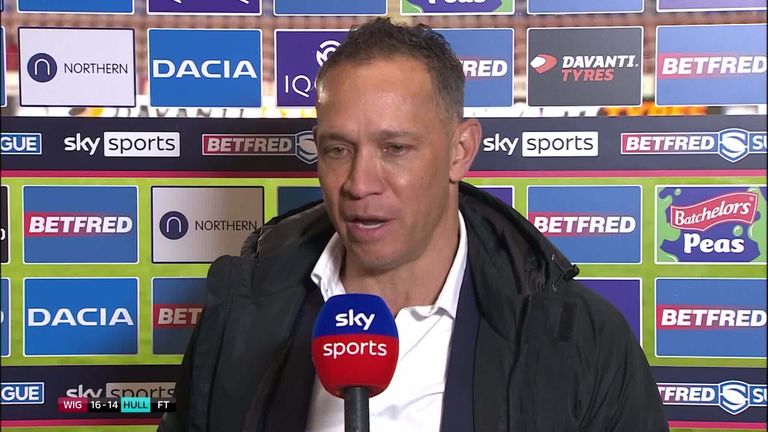 “It’s a hard one to comment on when I don’t know what has actually been said or what the allegation is.”

Clubb was not on the field when Savelio reported what he had heard to the referee, having been replaced in the 17th minute.

Lam added the prop not returning to the action for the rest of the match had nothing to do with the alleged incident.

“It was just the way the game panned out, and he didn’t get a chance to go back on,” Lam said. “It was my decision and nothing to do with the allegation.” 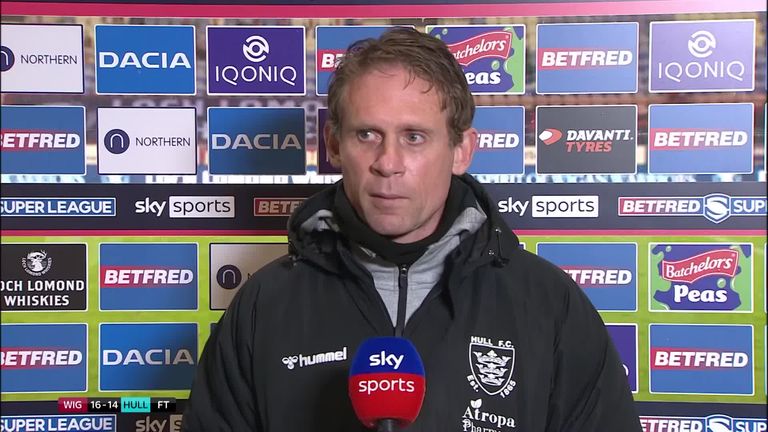 Hull coach Brett Hodgson was also reluctant to say too much until the club had all the facts.

“I don’t know too much to be honest,” Hodgson said. “We will just have to wait and see. It is very disappointing.”

The alleged incident overshadowed what had been a hard-fought encounter which finished with Wigan ending Hull FC’s unbeaten start to the 2021 Super League season in a 16-14 win.

“It was an ugly win, but I love the ugly wins,” Lam said after the Warriors made it five wins from five in Super League.

“There is a place and time for them during the season and I think it is exactly what we needed considering we have got to play them again in 10 days’ time [in the Challenge Cup quarter-finals].”

Hodgson was pleased with the effort shown by his players, but had no problem admitting he thought the result reflected they were second-best on the night.

“It was a really tight game, we knew what to expect,” Hodgson said. “The better team won, I have no doubts about that. We weren’t clinical enough, but the effort was there.”