Home » Rugby » As Swans fly south, fans are prepared to travel any way they can

As most of Australia enhanced its great public holiday tradition by taking a day off to farewell the Queen, Sarah Bears used her time to farewell the Swans from the SCG on Thursday ahead of Saturday’s grand final against Geelong in Melbourne.

Usually school teacher by weekday, Bears drove the 108-kilometre round trip from Campbelltown so she could wish her beloved Bloods well on their journey to potential glory. 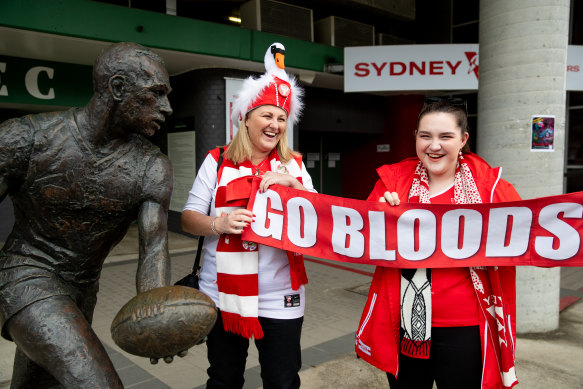 Swans fan Sarah Bears with daughter Aislinn at the SCG on Thursday.Credit:Edwina Pickles

While the Swans were being bused to Sydney’s jet base for a charter flight, Bears returned home to prepare for her trip south.

“We’re taking the train on Friday,” she told the Herald and The Age. “Airfares are quite expensive so eight of us decided to make a trip of it, including my 19-year-old daughter Aislinn. A few are flying and a lot are driving down.”

Making the trip from outer south-western Sydney to the SCG for the Swans is something Bears does regularly, whether it’s for making banners or leading the cheering at games.

Bears doesn’t fit the mould of a stereotypical Swans supporter, predominantly based as they are in Sydney’s eastern suburbs and north shore. 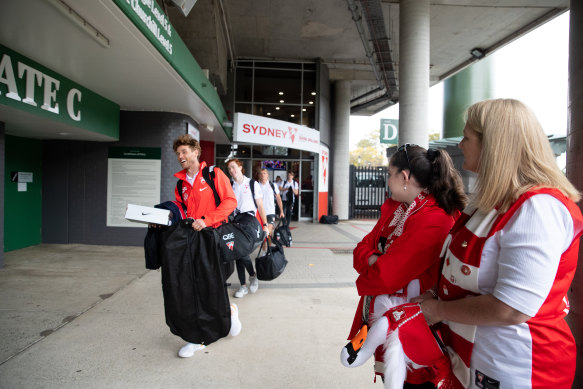 Western Sydney is predominantly a rugby league-loving area, as the Swans cross-town rivals the Greater Western Sydney Giants are finding out in attempting to draw crowds to the Sydney Showgrounds at Olympic Park.

Bears was indoctrinated by her grandparents, who once managed Fort Denison in the middle of Sydney Harbour and began following the Swans when the team moved from South Melbourne 40 years ago.

Despite this lifetime of devotion, she has been a member of the cheer squad for only four years. 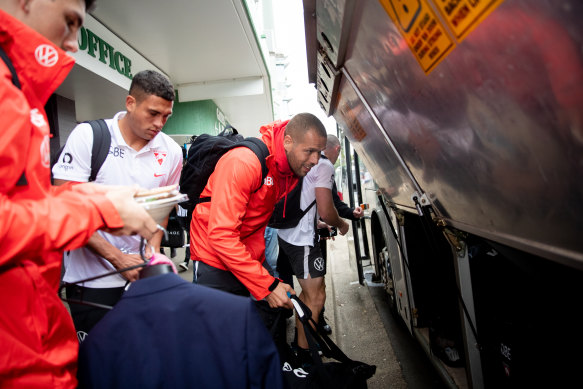 “I haven’t been able to be involved during the past because I’ve got four children. Three have autism. But now that they’re all a little bit older, it’s a bit easier to get more involved,” she said.

Employed at the special education unit at Ingleburn High School, Bears had to take the last day of term three off to head down and watch the Swans.

“My principal and everyone I work with are very well aware of my commitment to the club, so they were sort of expecting it,” she said. “I’ve even got Swans stuff in my classroom.”

So how do Bears and her fellow cheer squad members go about getting tickets for the grand final?

“Because we pay extra being in the cheer squad, we actually get guaranteed finals tickets,” she said. “So all we had to do was register with the club.

“For my family, we have six cheer squad memberships, so I’m able to get six finals tickets, but there’s only two of us from my family going down.”