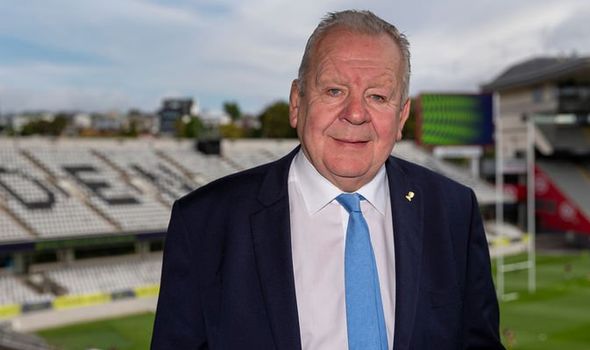 Bill Beaumont wants rugby union to go back to the future by banning tactical substitutions to make it a game for all shapes and sizes again. England’s 1980 Grand Slam-winning captain, who is bidding to be re-elected as World Rugby chairman today, is concerned the sport’s traditional selling point has been lost in the professional era in the arms race to develop bigger players.

The England side which faced Wales last month was, at 16st 6lb per man, two and a half stones heavier than Beaumont’s team.

It is impossible to put the genie back in the bottle when it comes to conditioning and nutrition but Beaumont thinks the laws can be changed to steer union away from ranks of pure power athletes back towards endurance athletes required to last 80 minutes.

“I do worry about the shape of the game and the size of players that are required to play the modern game. At top level it is no longer a game for all shapes and sizes. You have to be big,” said Beaumont.

“You have a situation at the moment where a front row is completely changed after an hour. I think we need to look at the number of tactical substitutions and look at going back to injury substitutions.

“I know there are cynics who think people will manipulate injuries to get around it – and the one thing we must do is look after players if they are injured – but we have to trial this and then take people along with us on it.” 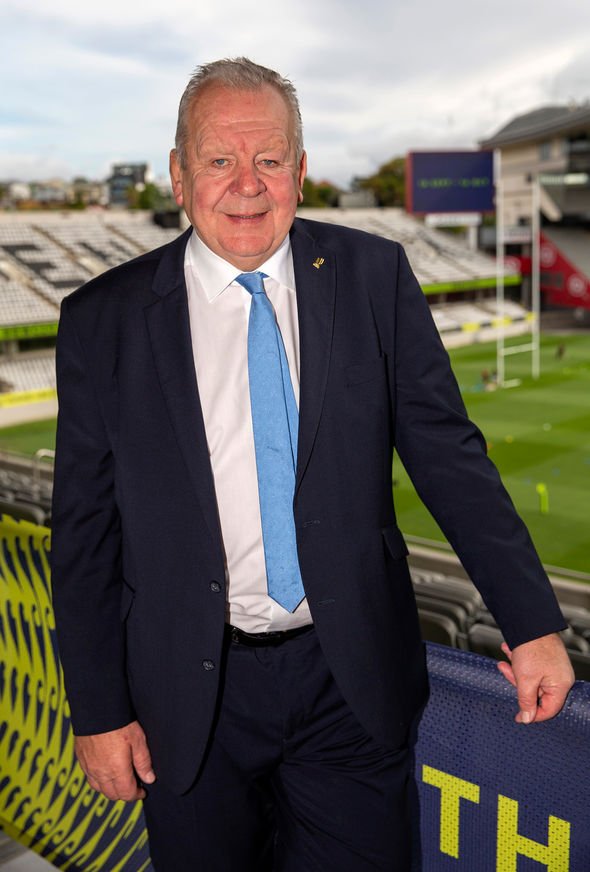 Beaumont is favourite to be handed a mandate to take his vision forward in the vote although Agustin Pichot, his deputy for the past four years, has delivered an energetic campaign having decided at the last minute to run against him.

There is actually relatively little difference in the manifestos of the roundhead and the cavalier and despite Pichot’s slicker self-promotion, Beaumont is a safe pair of hands in turbulent times.

“The main difference would probably be style. He probably thinks I would do the job in more of an evolutionary rather than a revolutionary way,” said Beaumont who, at 68, Pichot’s senior by 23 years.

“There are challenges in the world game without a doubt and having been in place for the past four years I know what needs to be accelerated over the next four years.

“I’m quietly confident. The main thing is to get this election out of the way because there’s a myriad of challenges that whoever wins will have to face. We have a heck of a job to do initially around the coronavirus and how we are going to get rugby back playing again.”

The July Test windows, when England are due to tour Japan, look doomed but despite some rumblings from the club game there has been progress on playing those matches in October instead in what could be a preview of the future. 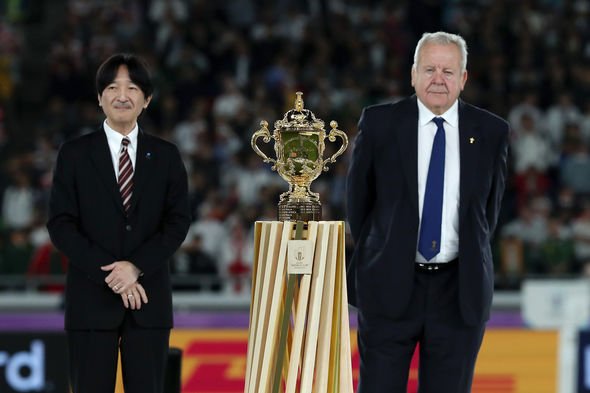 “We need a more coordinated global season between north and south and there are some really encouraging discussions taking place at the moment around that,” said Beaumont.

“I was disappointed with the failure of the Nations Cup and understand the reasons for it. I’d like to see us introduce a variant of it.

“Bringing in promotion and relegation to the Six Nations was one of the stumbling blocks for the Nations Cup and that was accepted by World Rugby. The Six Nations is a standalone competition. World Rugby does not own it.

“There could be a time when the Six Nations looks to expand and why not look at that but at the moment it is a six-nation tournament.

“What we have to do is invest in other tournaments in Europe so that in years to come they will be rivalling it. If you had teams like Spain and Germany knocking on the door….”

“We have to try to get 24 teams at the World Cup – not 20 as it is now – which are all competitive. It’s a tough ask but there weren’t as many landslide scores at the last World Cup and that comes down to the investment that World Rugby put into the fitness of the teams.”

The future of the Lions

“What are the two biggest brands in world rugby? Probably the All Blacks and the Lions. I’ve been lucky enough to go on two Lions tours and manage another one, I know what it means to players to be selected. Who are we, who are administrators of the game for a relatively short period of time, to decide that something like the Lions shouldn’t exist? It would be totally wrong. History and heritage remain important in sport.”

Allowing players to play for a second country

“If you have the situation where the Vunipola brothers have been stood down for a couple of years by England and are never going to play for them again but could return to play for Tonga with whom they have enormous bonds, I think that would be a good idea. It would immediately make the Pacific Island teams more competitive.”

How the election for World Rugby chairman works

Voting opens today and is open until Thursday. There are 51 votes to play for from around the globe and they will be cast electronically in a process run from Switzerland by PricewaterhouseCoopers. The result will be announced on May 12.

France’s Bernard Laporte is standing unopposed to be vice-chairman.

The ludicrously elongated nature of the contest is partly to cover the possibility of a re-vote if there is an abstention and a tie as there is no chairman’s casting vote. It is also partly to allow for any technical difficulties.

The process was initially to include the concurrent executive committee election which, after the withdrawal of convicted killer Francis Keane, from Fiji, is no longer required.