Collingwood's just-departed veteran recruiter Matthew Rendell has explained the mistake that led the Magpies to err by overlooking Carlton superstar Patrick Cripps, and how the club's review of that decision led to a shift in their thinking.

Rendell, the former Fitzroy captain and senior St Kilda assistant coach, who became Adelaide recruiting manager and then a senior recruiter at Collingwood, said the Magpies' recruiting department had drafted Brayden Maynard 12 months later partly because of lessons learned from bypassing Cripps with two selections in the top 10 of the 2013 national draft. 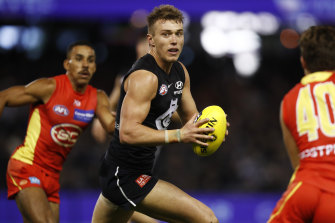 Rendell, whose position at Collingwood was made redundant following round one, having previously being relegated to part-time this year, said the Magpies had misjudged Cripps by paying too much attention to his poor aerobic running. They drafted Matthew Scharenberg at pick six and then Nathan Freeman at No.10, who had significant injuries that hampered their careers, as Cripps was selected by the Blues at pick No.13.

"The lesson learned out of the whole thing was Cripps at 13," Rendell said. "Great kid, great interview, great clearance … but basically didn't run outside the square.

Rendell said, under recruiting boss Derek Hine, Collingwood routinely reviews every player drafted in the AFL over five years. He said by Cripps' second year, they recognised "we've stuffed that up" by not picking the champion. 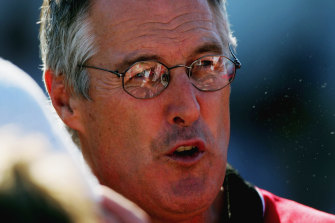 "I said, 'Righto, what have we learned out of it? Don't put everything into the running ability of an 18-year-old who's still growing.'

"The result of that, on the Cripps [decision] … [was] Maynard, who also wasn't a great runner, [but] we've gone, 'Stuff it, we made the blue on Cripps because we didn't think he could run. We're not making the blue on Maynard.'"

Privately, Collingwood insiders say that the mistake was to misjudge Cripps' capacity to redress his running weakness through his strength of character.

In a frank interview that followed his exit from Collingwood after a 40-plus year football journey spanning six clubs (he played his last year with Brisbane and coached Melbourne reserves in 1997), Rendell also revealed: