The 31-year-old who played 159 matches in 13 seasons with Melbourne announced his retirement last week, days after the Demons won their drought-breaking flag in Perth before weighing up his options this past week with several clubs chasing his services.

He will play VFL with Collingwood in 2022 as the club focus its energies on developing its expanding group of talented youngsters in the next few seasons under incoming senior coach Craig McRae. 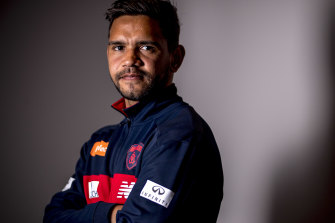 Jetta will also work alongside Justin Leppitsch, Brendon Bolton, Hayden Skipworth and Scott Selwood in a new-look football department that was revamped after the departure of long-serving senior coach Nathan Buckley.

The former Demons was a revered player at Melbourne as he rebuilt his career after being added to the rookie list midway through his career and also undergoing a knee reconstruction. He became one of the club’s most reliable defenders, building a reputation for his ability to win one-on-ones.

He played five games in 2021 but was on the sidelines as the Demons won the flag in his home state with Jetta’s role alongside former skipper Nathan Jones critical in building the club back from the depths of despair.

Jetta mentored many young players during his time at the club with Melbourne’s emerging forward Kysaiah Pickett attempting to put his premiership medal around Jetta’s neck in a gesture of appreciation for his support. 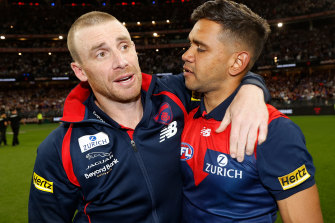 He also worked as a facilitator with Richmond’s Korin Gamadji Institute (KGI) during his time at the Demons.