Eddie Jones picked Ollie Lawrence for his first Six Nations start, then made such a determined attempt to quell any hype around him that it prompted a clarification from Worcester hours later.

England’s head coach is notoriously wary of young players having their heads turned by premature acclaim. He famously spoke in 2016 about wanting to turn the then-uncapped Maro Itoje from a ‘Vauxhall Viva into a BMW’, before launching a Test career which swiftly accelerated into the stratosphere.

As yet, Jones has not used any automotive references in relation to Lawrence, but he is clearly determined to shield the 21-year-old Warriors centre from inflated expectations as he finds his feet at international level. 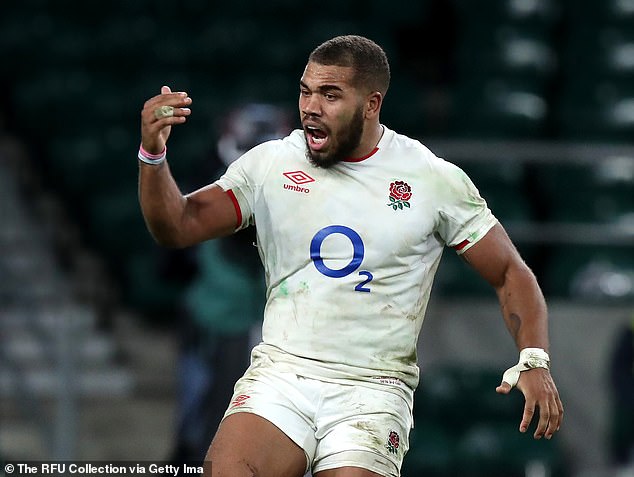 So, after selecting him for Saturday’s Six Nations opener against Scotland at Twickenham – as part of a midfield reshuffle which sees captain Owen Farrell restored to the No 10 shirt and George Ford demoted to the bench – Jones promptly stuck a pin in the hype balloon.

‘Ollie is a good young player,’ he said. ‘He’s really developing well. He runs good lines, is a good defensive player and he’ll add a bit of punch to the backline.

‘He is a bit of a project player for us. He’s been given huge raps at Worcester where in 42 games, he’s won four. So he’s got a long way to go in terms of his development. 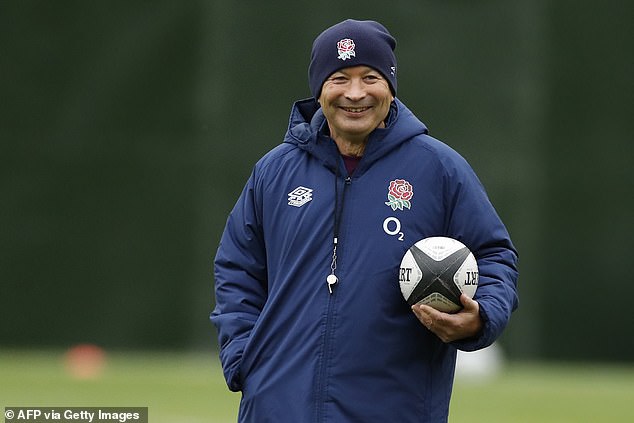 ‘He’s a player full of potential. Now what we want to see is that talent coming out consistently – and he’s got the opportunity on Saturday to do that.’

It didn’t take long for Worcester to correct the fact cited by Jones, with guidance from Sixways, that Lawrence has actually made 39 appearances and featured in 14 victories. The disparity merely proves how Jones is hell-bent on making the back-line novice earn any plaudits which come his way.

In the familiar English stampede to herald a new sensation, Lawrence has been repeatedly compared to Manu Tuilagi, who has far greater pedigree as a tried and trusted weapon of mass destruction.

Farrell was asked if that comparison with Sale’s thunderous Anglo-Samoan wrecking ball was justified and he echoed Jones by responding with caution.

‘Everybody is their own player,’ said the skipper. ‘He’s in a similar mould, in bits. Ollie is a destructive player. He hits hard, he runs hard and causes defences problems. He has got good feet as well. He is sharp. We want him to do what he is good at. We want him to get into the game in the way he has done for his club and he has shown in the Premiership and shown us in training.’ 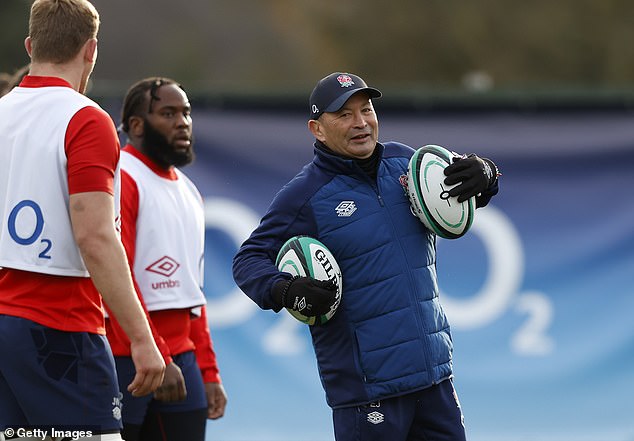 There will be an intriguing sub-plot on Saturday when Lawrence goes head-to-head with his good friend and former England age-group team-mate Cameron Redpath, who is also 21. The Bath centre has been picked by Gregor Townsend for his Scotland debut. Farrell will have a close-up view of this rookie encounter with a personal dimension.

He said: ‘As friends, you get competitive. If one gets a chance to get one up on his mate, they’ll let him know about it afterwards. I’m sure they will be competitive.

‘They’re two good young players. I’ve met Cameron but I’ve not been around him too much. From what I’ve seen he’s a brilliant player. He’ll be a big threat for them and hopefully Ollie will be for us.’

As ever, Jones emphasised the importance of his ‘finishers’ on the bench when asked to explain the decision to remove Ford from the starting XV.

There was also a lot of talk about ‘balance’, which the England side he has chosen certainly has.

The head coach did offer some pointers to his thinking in midfield – with Farrell and Lawrence joined by Henry Slade at outside centre. 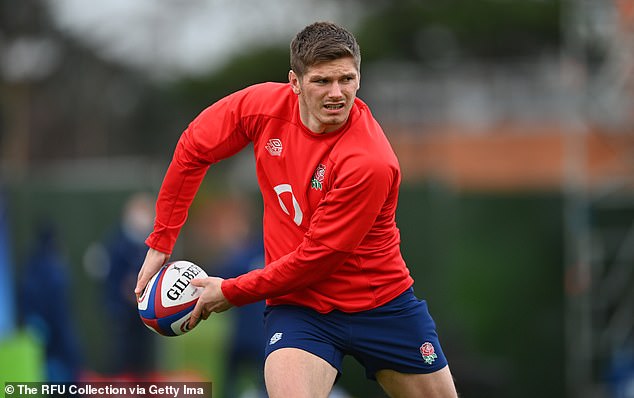 When pressed on the revised deployment of his leading fly-halves, Jones added: ‘Both of them are massively important players for us. What we try to do is find the right balance.

‘We feel for this game it’s about finishing with both of them. And at the start, maybe we don’t need both of them out there.’

When he was asked whether it was loading too much of a burden on Farrell asking him to lead the team and also orchestrate the attack again, Jones said: ‘If I thought it was a concern, I wouldn’t pick him at 10. 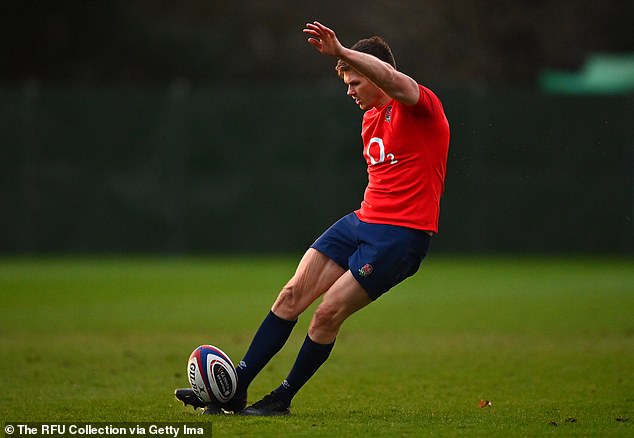 ‘I think he is the right man for the job and George Ford will do a great job finishing the game for us.’

Another notable selection came in the back row, where Mark Wilson was included ahead of Ben Earl and Jack Willis. Again, it came down to a balancing act, but also to the Newcastle flanker’s fervent commitment to forcing his way back in.

‘Wils is a great work-rate player,’ said Jones. ‘He’s massively committed. He’s one of those players who didn’t have an escalator through the pathway. 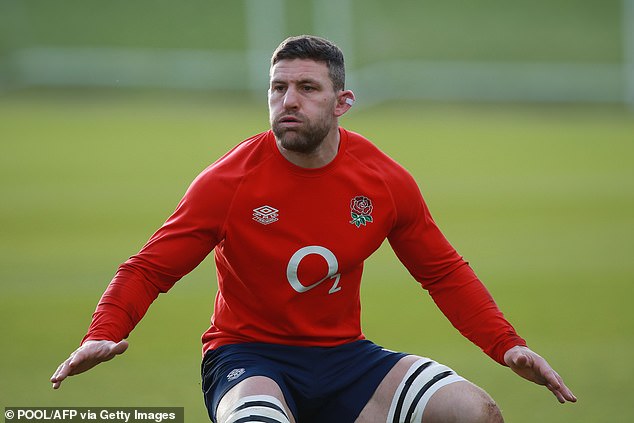 The absence of Mako Vunipola and Joe Marler means another start at loosehead prop for Ellis Genge – the match-winner against Scotland a year ago – and a likely debut as a replacement for Bath’s Beno Obano, who has recovered from a savage leg injury to earn another shot with England.

‘It has been a long way back for him and I am really pleased,’ said Jones. ‘It is a great reward for him.’