Poppy Cleall’s try on the stroke of half-time put England in the box seat and coach Simon Middleton’s side secured their eighth consecutive victory over France.

Captain Scarratt converted the game’s only try to send England into the changing rooms 7-0 to the good. 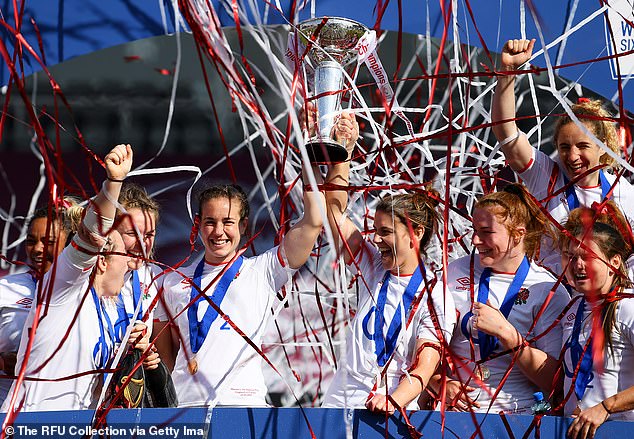 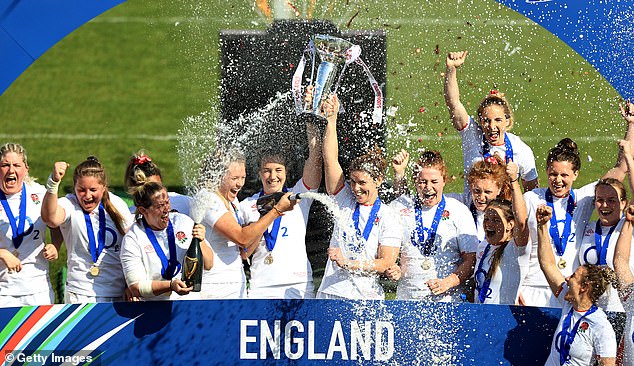 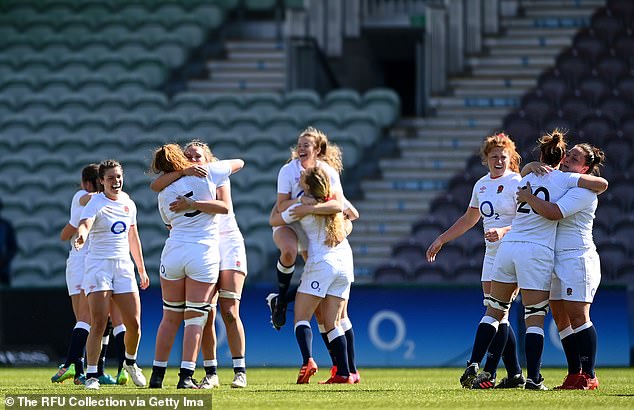 Caroline Drouin posted two second-half penalties as France battled back, with England struggling to contain the visitors. Mistakes mounted as pressure told, but robust defence denied France any chance of a try that could have turned the game.

And just when the France thought they would be able to break the home resistance, England powered upfield through a sequence of driven lineouts and then pick-and-go phases off rucks.

England played the clock and the French breakdown inaccuracy to perfection, milking a kickable penalty at the death.

Scarratt duly stepped up and slotted the goal, with England then negotiating the final minute to claim the victory, and with it their third Six Nations crown in a row. 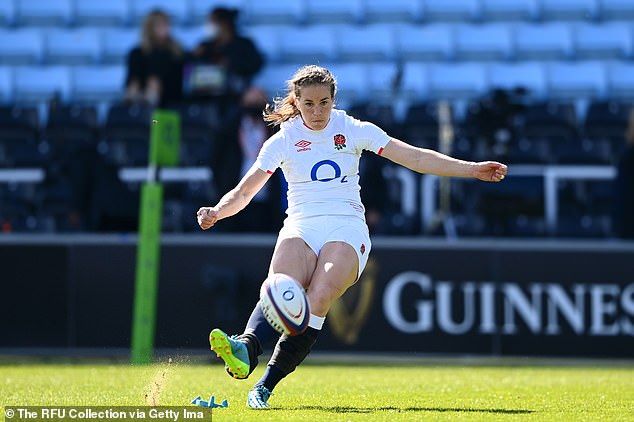 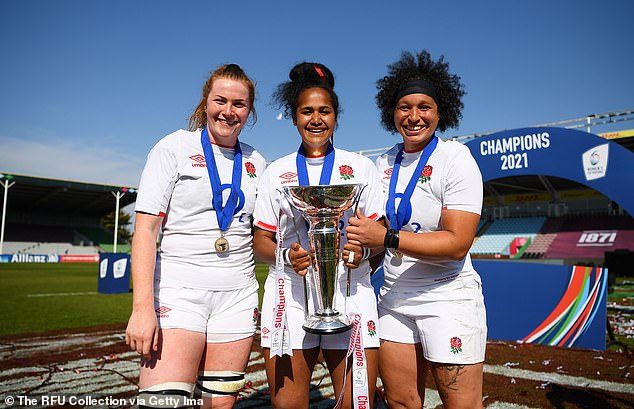 ‘It doesn’t need to be big, flamboyant scorelines every week,’ said Scarratt. ‘The defence was unreal and we had to dig in. The desire to not let them over the tryline was superb.’

The competition format was changed this year due to coronavirus, with England and France contesting the final as the winners of two three-team groups, rather than the usual six-team round-robin format.

France travelled to London on the back of seven straight defeats to England, but three of those were by a margin of two points and this was another close affair.

Scarratt screamed in frustration after missing an early penalty and skewed another simple kick wide five minutes later, before going off for 10 minutes as she passed a head injury assessment. 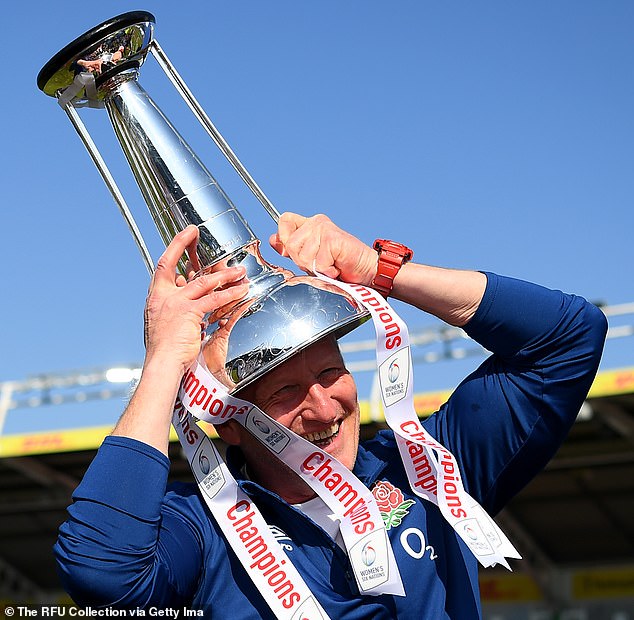 France full-back Emilie Boulard’s try was disallowed for a forward pass and Drouin pulled a penalty wide, but the first points arrived in the dying seconds of the half when Cleall, picked at ahead of Sarah Hunter, bundled over the line from a ruck.

Drouin’s boot reduced the gap to one point with seven minutes remaining. With the game on a knife edge, the hosts regained control and put the result beyond doubt with Scarratt’s late penalty.

‘It was a really tough, physical game and we knew it would come down to the wire. In terms of physical application both sides put a great effort in,’ said Middleton. ‘The physios will be really busy.’

Earlier, Ireland sealed third place with a 25-5 win over Italy in Dublin.