Eddie Jones has placed England on alert for any scheming from wily Wales captain Alun Wyn Jones when the Guinness Six Nations title rivals clash in Cardiff on Saturday.

Jones has warned his players about the prospect of being targeted with wind-ups by the Lions second row, who on the most recent visit to the Principality Stadium two years ago repeatedly niggled Kyle Sinckler.

The provocation had the desired effect as Sinckler eventually conceded two penalties in quick succession, leading to a pivotal shift in momentum and the red rose prop’s substitution on the hour mark of the 21-13 defeat.

England’s head coach insists that armed with the knowledge of what is coming, his team must show composure when it arises.

“It’s his 146th Test so he knows what he’s doing. He’s an experienced campaigner who has a good relationship with the referees,” Jones said. 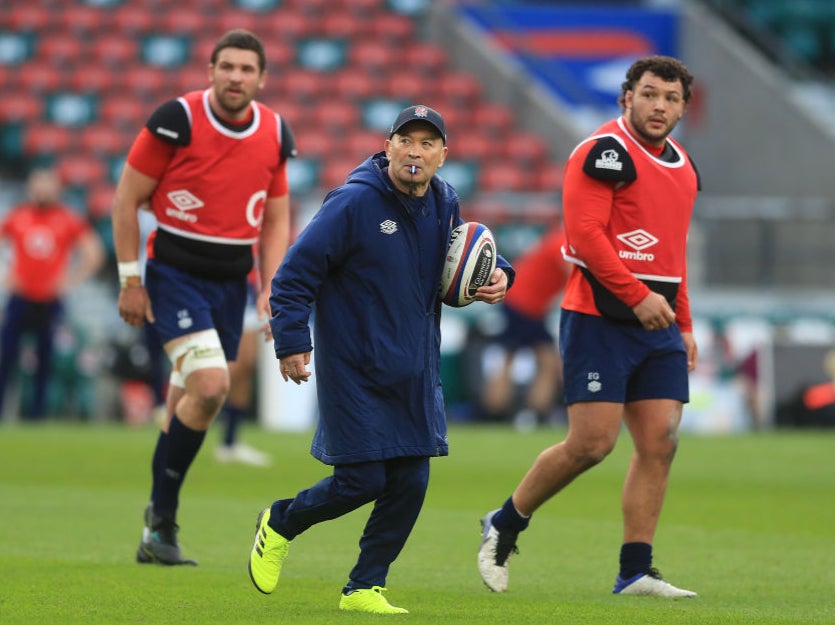 “At times he has targeted players in our team. We’ve spoken about him and we understand what he’ll be trying to do. It’s just about making sure we maintain our composure and our control.

“I’m sure Alun Wyn Jones is going to be looking for those situations and we’re going to have to deal with them.”

England and Wales have fought out a string of edgy contests in recent times with the last six meetings in the Six Nations being decided by single digit margins, five of them by less than a converted try.

Owen Farrell’s side have proved vulnerable during pressure-cooker situations and, although progress has been made in this area, there is still a nagging doubt over their ability to handle big moments.

“Experience and having a mental model in your head about how to handle certain situations definitely helps,” Jones said. “All research shows that if you have had that experience you are able to anticipate, react quicker and come up with a solution. Experience is a big thing.

“But some people are fast learners and others are slow learners. Some of us who aren’t so bright like me, take five or six times to learn something. So the learning gradient is different for every player and every team and you never know exactly where we are. If we did, it would be easy.

“We know that these games go down to the wire and it is about executing plays. They’re tight contests that go down to the last moment. We won one there in 2017, basically on the bell. And we had to win on the bell at Twickenham last year, so we’re expecting a similar sort of game.

“These sorts of game you’ve got to win not once, but maybe two or three times. Wales will keep coming and keep coming. It will be a great contest.”

Rugby coverage is brought to you in association with QBE who help businesses build resilience through risk management and insurance. For more information go to QBEEUROPE.com