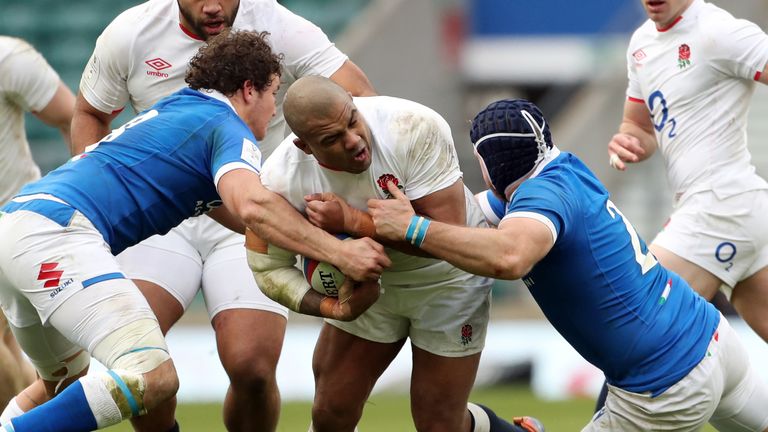 England put last week’s defeat to Scotland behind them with a six-try, 41-18 Six Nations victory over Italy at Twickenham as Anthony Watson scored two tries and Jonny May claimed a memorable one with an astonishing, acrobatic leap.

Jonny Hill, Jack Willis and Elliot Daly also scored but the young Italy side were far from disgraced, despite falling to a 29th successive Six Nations defeat.

We look at how England’s starting XV rated…

Had to take some of the blame as England got too narrow in defence for Italy’s early try and struggled to make much of an impact until he popped up to touch down when England had numbers on the left wing 12 minutes from time. Looked lively after the early setback and showed good feet to finish off England’s second try, before making the interception and darting 80 metres to double his tally.

It was his grubber kick that caused alarm in the Italian defence in the build-up to England’s first try. Almost got a touchdown of his own but just came out second best in a foot race. Quieter in the second half.

Not his best kicking display and not involved as much as he would have liked. 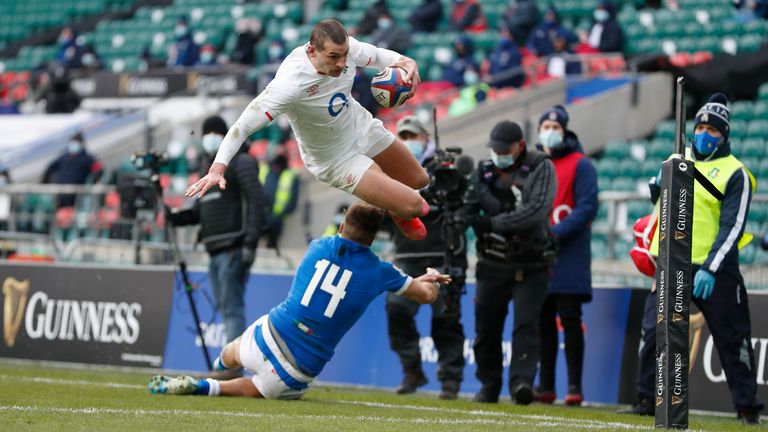 Stunning leaping finish in the corner to beat the tackle of Luca Sperandio and put England in control before the break. Always looked a threat.

Kicked intelligently and provided his backs with plenty of attacking ball. Held up over the line in the closing stages.

Not at his best and can lay claim to his fair share of England’s handling error count. Not helped by replacement Dan Robson making an almost instant impact.

Quiet but played his part in a solid England scrummaging performance. 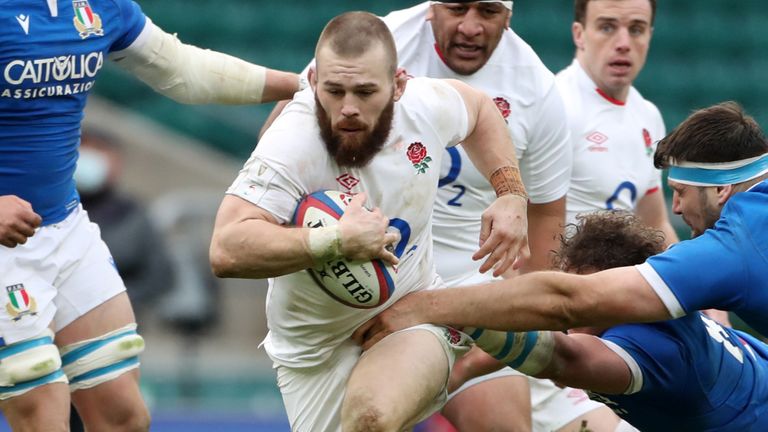 Impressed with some big carries and put in an otherwise industrious shift.

Standout performer in the front row and heavily involved in the build-up to Daly’s try, his charging run carrying England closer to the line.

Won a couple of turnovers and made a leading contribution to England’s tackle count.

Burrowed over the line for the try that put England in front in the face of some determined Italian defending – his first for his country. Also showed some good handling in the build-up to Watson’s first try.

Made a key offload to Hill in the build-up to Watson’s first score and put in a good shift in defence.

Topped the charts for tackles made alongside Itoje.

Struggled to make much of an impact but did snuff out some Italian pressure late in the first half with a clever tackle on Stephen Varney. Robson’s superb solo run almost earned him a try shortly after coming on, but the ground he made put England within touching distance of the line and fellow replacement Jack Willis – on for his Six Nations debut – finished the job. Willis’ joy was short-lived as he suffered a serious-looking knee injury soon after.

Related posts:
Basketball News:
Will the Hawks turn this around?
Saturday and Sunday will go a long way to deciding Golden Slipper field
Hawks fire Lloyd Pierce; will Nate McMillan replace him as head coach?
MLB News:
Dallas-Fort Worth to host all games of downsized 16-team NIT
J.J. Watt is signed with Arizona, so can the Texans please free Deshaun Watson now?
J.J. Watt agrees to 2-year deal with Cardinals
Recent Posts