England’s edgy victory over France in the Women’s Rugby World Cup is watched by a television audience of 800,000… as Emily Scarratt stars for the Red Roses

A British television audience of 800,000 watched the Red Roses show a tinge of vulnerability against France and England’s World Cup rivals will surely have been interested observers too.

Simon Middleton’s side have extended their unbeaten run to 27 straight victories with wins over Fiji and France in New Zealand so far, but their second pool stage game gave them a real fright.

France’s brutal defence and targeting of the breakdown and contact area knocked England off their stride even if it wasn’t enough to deny the Red Roses a 13-7 win. 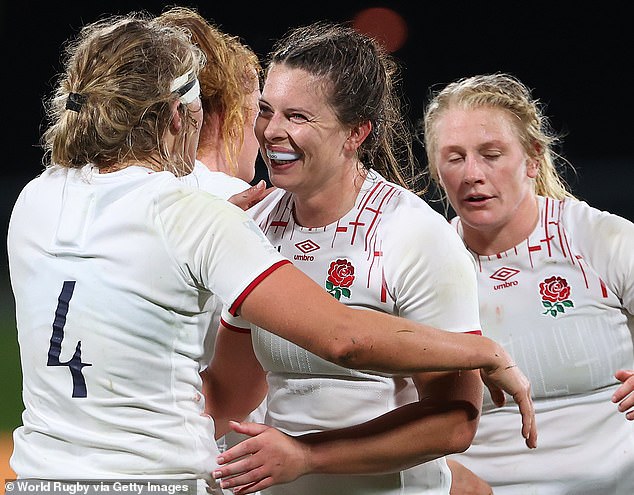 Despite not being at their best, England beat France 13-7 in the Women’s Rugby World Cup

Captain Sarah Hunter admitted: ‘We spoke in the week about the breakdown. We probably gave away quite a few penalties in that area.

‘We’re not naive enough to think that if teams want to stop us, they’re not going to come at us in that area. They’re going to get at the breakdown to stop us playing and we’re going to have to get better and better in that area. Other teams will have seen Fiji and France get into that area – we need to make sure we’re really effective there.’

Hosts New Zealand – who ran in 10 tries on Sunday to hammer Wales 56-12 – will likely be the team standing between England and World Cup glory.

The Black Ferns will have looked at France’s blueprint as a possible way of beating England.

All of England’s points against France came from Emily Scarratt but the result could well have been different if Les Bleus hadn’t lost Laure Sansus and Romane Menager to first-half injuries. 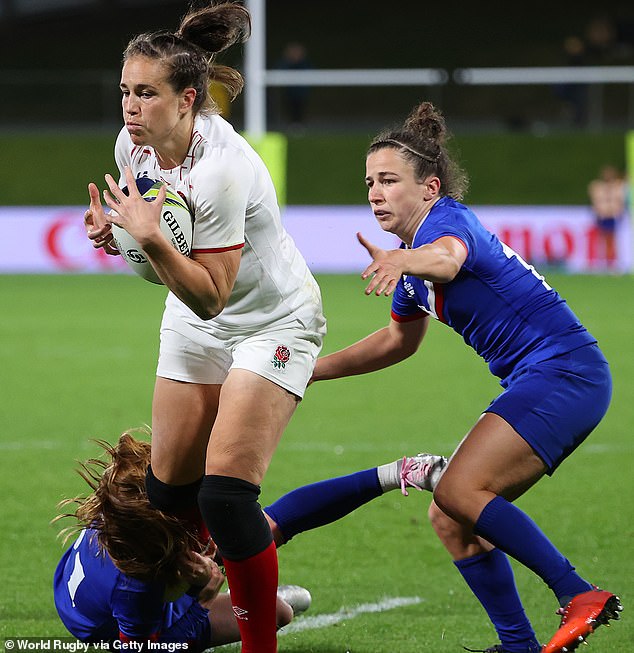 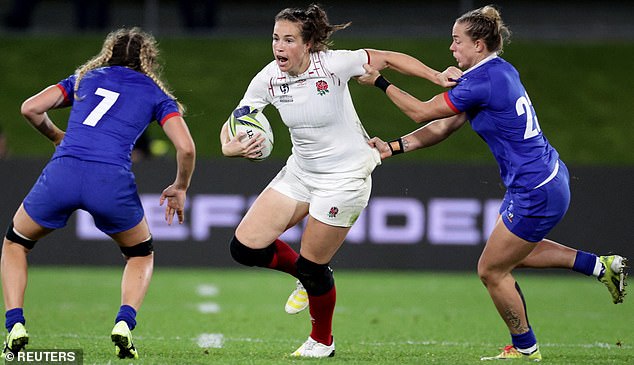 Scarratt scored 13 points for England which included a try, conversion and two penalties