Home » Rugby » Essendon highlights the Seinfeld trade period, and could have the last laugh

The 2021 trade period was more notable for what didn’t happen: none of the Hawthorn fab five whom the club had on the block were traded, Rory Lobb remained anchored in Fremantle, and even Essendon’s modest attempt to land a Giant small forward was unsuccessful.

This was the Seinfeld trade period, in that it was truly “a show about nothing”. 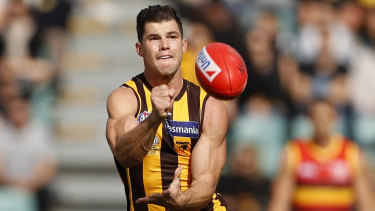 Carlton completed a deal that, on the face of it, was the most consequential move, by giving up pick No.6 – the only early first round choice traded outright for a player – for a potential A-grader in Adam Cerra.

The Blues did well to recruit Cerra for less than $600,000 per season over four years, which was considerably beneath what the Dockers would have paid the midfielder to remain at their club. They were blessed that there were so few suitors for Cerra in Melbourne and to persuade him to come at a time when they didn’t even have a senior coach.

Most clubs got what they wanted, or avoided undesirable outcomes.

North landed Callum-Coleman-Jones without forsaking a top 20 draft pick (this year at least), Geelong gained pick 22 for Jordan Clark with Freo gaining a half-back flanker, Adelaide secured Jordan Dawson for slightly under his draft worth, Collingwood turned a crappy draft hand into enough points for Nick Daicos while grabbing a couple of speculative foot soldiers, Sydney gained a ruckman (Peter Ladhams) from one South Australian club for a pick swap and were a little miffed with the draft yield on Dawson.

The premiers, intriguingly, bolstered an already stacked midfield with a free agent whom the Saints spurned: Luke Dunstan. 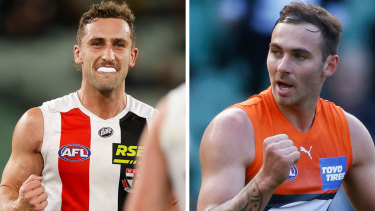 Hawthorn, for all the club’s huff and puff, couldn’t sell any one of Jaeger O’Meara, Tom Mitchell, Jack Gunston, Chad Wingard, or Luke Breust – five of their top eight players – because they were selling into a bear market. Only GWS really made a serious play, and the Giants couldn’t persuade Wingard or Breust to leave.

If Hawthorn’s non-trades was the defining (non) development, Essendon’s reluctance to buy anyone of note was also telling, and a measure of the Bombers’ new-found patience.

Essendon finished an unexpected eighth this year, climbing the ladder in a season that the club had earmarked for “development” after Joe Daniher, Adam Saad, and Orazio Fantasia walked out.

In 2020, they attempted to acquire Josh Dunkley from the Bulldogs to bolster a midfield that still lacks a bigger-bodied inside beast. The Dogs wouldn’t deal Dunkley, despite the offer of a first round pick.

The excitement and good karma generated by those top 10 picks that Essendon brought in coincides with a shift in mindset. Back in 2017 and 2018, the Bombers went for quick fixes and sought rapid premiership contention, as they traded in Jake Stringer, Dylan Smith, Saad and Dylan Shiel, the latter costing consecutive first round choices. 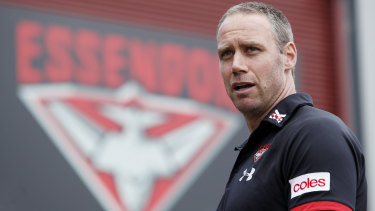 In those Worsfold years, the internal view was that they were close to flag contention and could recruit accordingly.

This year, the Bombers were in the smallish minority – no more than half a dozen clubs – that had reasonable salary cap space, the vast majority having been screwed by the AFL-mandated player pay deferrals into 2022.

Yet, they didn’t bite on O’Meara or Mitchell, or on anyone. Rather, they made an inexpensive play for Bobby Hill, whom the Giants refused to trade, hung on to their remaining draft picks, and still hope to trade their future first rounder for an early pick before or during the national draft, in a Melbourne-like strategy outlined to the club board by football boss Josh Mahoney.

It is debatable whether O’Meara or Mitchell fit Essendon’s needs, given their relative strength in the midfield. Their most notable holes are in attack – they could do with at least one key forward – and possibly in defence, albeit Zach Reid shapes as a potential key position defender to replace Michael Hurley and Cale Hooker.

None of those key position options were available. So, the Dons held their draft and salary cap cards for another day.

Unlike the Blues, who clearly see themselves as ready to launch skyward, the Bombers have chosen a longer runway.