Leaving aside the fact Collingwood father-son Nick Daicos was the best player in that draft, the hyphenated bull never settled in the paddock filled with Kangaroos.

He will be better off in South Australia at Port Adelaide and North Melbourne are better off without him, as long as the Kangaroos admit they fell well short of creating a good environment for the 19-year-old to flourish this year and learn from it.

This mega trade that also involved West Coast, Port and the Giants gave North Melbourne picks two and three and two first-round selections next season (their own and Port Adelaide’s) in what all recruiters say is a stronger draft than the one to be held in November 2022. 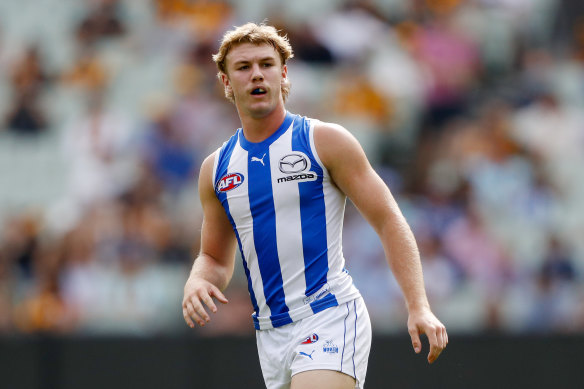 To do that, they moved Horne-Francis on and sent this year’s No.1 pick to the Giants.

They have increased their percentages of landing an excellent player, and perhaps two good players in each of the next two seasons, but inherited a risk in doing so.

That big risk is that the key forward they miss out on, Aaron Cadman, turns into a superstar with the Giants after they take him at pick one. But their desire for Cadman must, in part, be driven by their need for a tall and a player that will stay, having lost four players this trade period.

No trade is done without risk either and with Harley Reid, Nick Watson and Ashton Moir all goalkickers – albeit not all tall – the Kangaroos are in a good spot to get at least one of that trio early in next season’s national draft.

The number one pick is overrated, with its relative importance compared to picks No.2 and pick No.3 minimal.

It is not as though recruiters are looking into a car yard with one Lamborghini and nine Datsuns when they have a top 10 selection. They are all assessing roughly the same car with different colours and making educated guesses about what is under the bonnet. 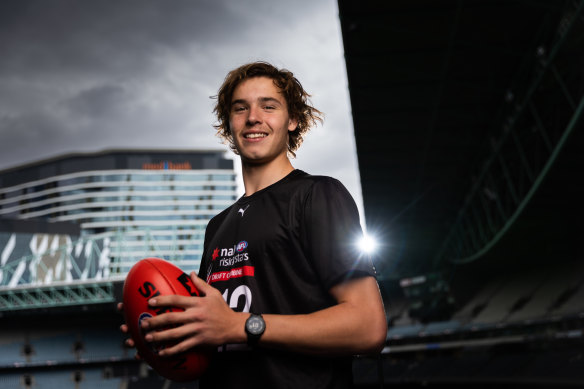 North Melbourne supporters will have one eye on Aaron Cadman if his future unfolds at the GiantsCredit:Getty Images

Only Walsh, Whitfield, and perhaps Weitering, are Lamborghinis in that talented bunch. And Boyd is the only premiership player in the past 20 years picked at No.1 (having switched clubs to do so). All of them carried the same hype as Cadman before they were drafted.

Two busts amid a bunch of talent comparable to number ones while recent history suggests busts become more likely at pick three. And three flags to No.2 picks in the past 20 years, too.

There is a reasonable argument in hindsight that they could have done separate deals with Port Adelaide and West Coast to keep the number one pick and grab two, but that was no certainty if they broke away from the mega trade.

Port were desperate to give Ken Hinkley a chance to win a flag in the final year of his contract by bringing in talent while the Eagles were happy to slide down the draft order because of the flight risk of non-Western Australians at the top-end of this year’s draft. The Giants, smarting from the loss of Jeremy Cameron and knowing they have midfielders to burn, want the best tall in the draft.

North are in good shape in the draft. Their biggest challenge is getting their environment right and dealing with the huge uncertainty surrounding the future of their coach Alastair Clarkson.

If they can’t sort those issues out so high-end draft picks feel as though their footballing future is best served by being at North Melbourne it will not matter what trades they do and who they select.

They will be left sitting at the bottom of the ladder longer than an old tin of paint.