Home » Rugby » From a World Cup, to AFL grand final, to pyramids: How Blicavs siblings are chasing September glory

Over the next week, the Blicavs family will have one child at a World Cup, one playing on the MCG, and one heading towards the foot of the pyramids.

Daughter Sara, 29, will be playing for the Australian Opals as they chase a medal at the FIBA Women’s World Cup in Sydney, while middle child Mark, 31, will be playing his unique role for Geelong in the AFL grand final on Saturday. Eldest son Kris, 33, will be preparing to head to Cairo, Egypt, to play in a 3×3 basketball tournament. 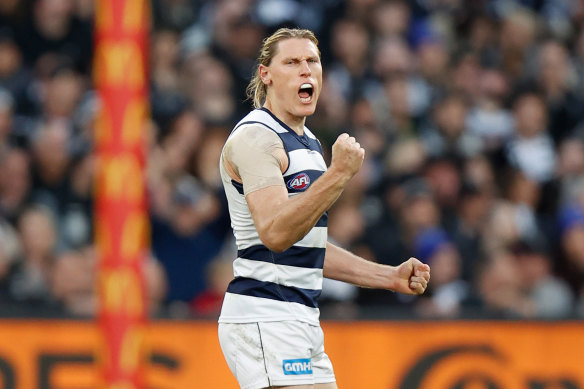 Mark Blicavs will be part of the Cats team taking on Sydney in the AFL grand final.Credit:AFL Photos

Their parents, Andris and Karen, both represented Australia in basketball and in their parental journey have become adept at juggling schedules as the kids have been fixtures in their respective sports for the past decade or more.

“The Blicavs kids really have a knack of intertwining schedules and making it confusing for our parents,” Sara joked this week.

“But I’m super proud of both of them. I think it’s a really cool thing that we are all playing our sports at the same time.”

Sara admits she would love to have her whole family cheer her on in Sydney, but she knew it would be difficult, at least for the start of the 10-day World Cup. 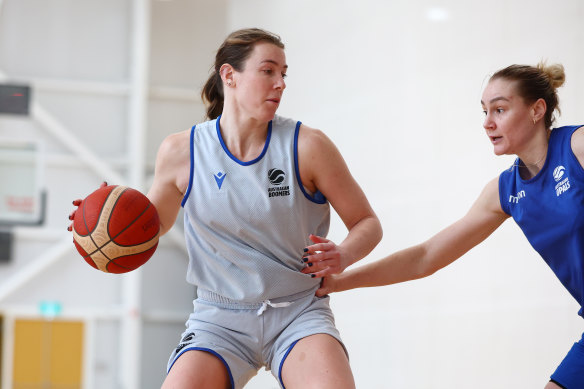 “I was kind of flat when I first saw how the schedules had worked out. Mark had said he would come up if they lost in the finals but, deep down, I wanted him to make the grand final,” Sara said.

“I love playing in front of my family, and especially in front of my brothers. It’s something about them. I adore them. I look up to them. I will have their full support, and they will have mine too.”

Sara said the family schedule has Andris heading to Sydney for the Opals’ opening game against France on Thursday night, while Karen booked her flights for after the grand final.

The family will try to watch Kris once they find a suitable live stream, as his 3×3 side plays in the Red Bull Half Court World Final from September 28. The portable court will supposedly be set up under the pyramids.

The three siblings have always been close and supported each other as best they could, despite Sara playing basketball the year round in the WNBL and NBL1, Kris having a long career in NBL1, and Mark having played for the Cats since 2013.

Sara often jokes that she and Kris are “half-twins” as they share the same birthday, just four years apart.

The two brothers have been spotted at games over the years, squeezed into Sara’s WNBL tops or Opals uniforms, while Sara has attended as many of Mark’s games as she could. The two of them were housemates earlier in his career. 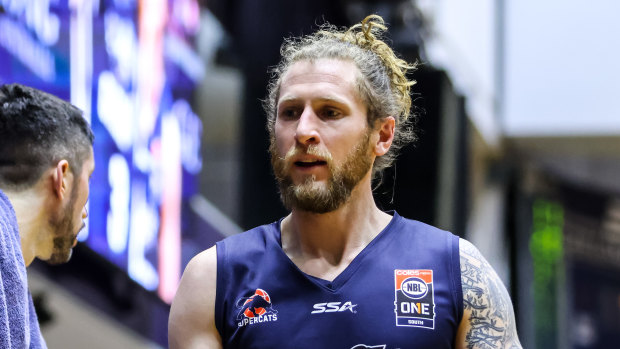 “We calm each other down and don’t really talk much about sport, as other people do that for us,” Sara with a laugh. “I’ve been to an Olympics now, so I top him in that area.”

On the court, Sara’s past few years have been a rollercoaster of emotions.

She played on the Southside Flyers’ WNBL title team at the end of 2020, despite having the pandemic push back a tryout with the WNBA’s Phoenix Mercury and the Tokyo Olympics into 2021.

Sara accepted a spot as an emergency and was called into the team just days before the Games when Liz Cambage left the Opals.

Sara provided one of the positive stories for the Opals, giving the side energy off the bench despite having to play out of position at power forward.

She was nervous when Opals coach Sandy Brondello called on World Cup selection day, given it was Brondello, formerly the Phoenix coach, who had cut her for both the Mercury and the Olympics.

“I started hearing people were getting calls and I got a bit anxious as most of my calls from Sandy as of late have been ‘sorry mate, you are not on the team’,” Sara said.

“When she called, she had this excited, happy tone – I was just over the moon. It’s such a big achievement and playing for Australia is something I will never take for granted.”

Watching as his Cats have come close but fallen short of the premiership in recent years, Mark has taken great pride in his sister’s persistence.

“I’m really proud of her,” Mark told The Age at the start of the finals. “She has dealt with some injuries, [and] dealt with some adversity like not making the team, not making the Phoenix Mercury team, and then being called up to the Olympics and playing some minutes and being able to say she scored at an Olympics.

“Now making the world champs off her own bat – she has some resilience in her.”

One saving grace for the family is that the Opals have a rest day on AFL grand final day following their opening two games, while the evening tip-offs mean Mark should be able to watch Sara’s games.

It will be a big ask after a marathon finals campaign, but Mark will keep his options open about heading to Sydney should the Opals make the medal rounds.

“The good thing is that most of their games start at 8.30pm, so we will be able to watch them all and mum and dad will go up,” Mark said.

“I’d love to go if I get the chance. We will see how we go, but I will be supporting Sara either way.”