Ellis Genge led Leicester to another thunderous, statement victory as they quelled Gloucester’s proud resistance to serve early notice that they can be Premiership play-off contenders again.

Six days after dispatching Exeter at Welford Road, the Tigers provided further proof that – after the barren years – their revival has substance as they claimed a bonus-point win in hostile territory at Kingsholm.

George Ford had a result to savour at the end of a tough week, when he was left out of England’s training squad by Eddie Jones – who was in attendance last night. 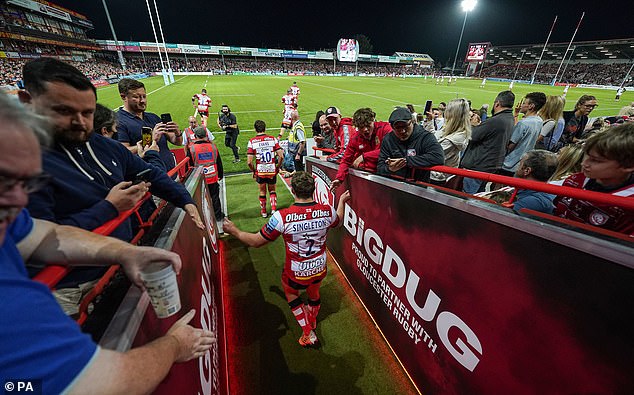 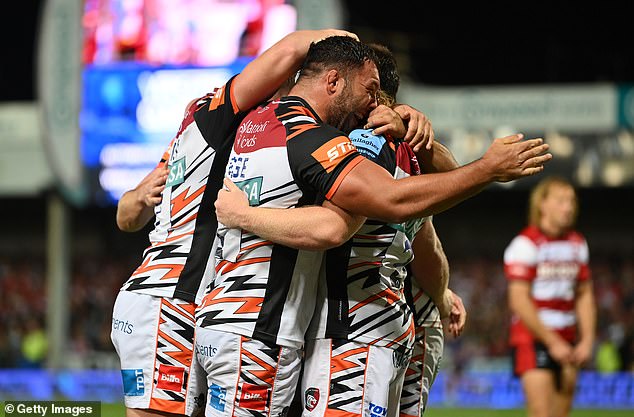 The experienced fly-half was far from imperious with the boot, but he orchestrated a Leicester attack which was often electric and gloriously daring. The visitors’ creativity and Gloucester’s fighting spirit illuminated a fervent, tribal occasion. It was raucous and partisan and wonderful.

Genge scored a try, set the tone for his side with a typically rampaging performance and even earned some grudging applause from the Shed when he went off. England prospects Freddie Steward and Jack Van Poortvliet also stood out for the Tigers – again.

Their efforts typified the new mood of optimism and hope within their club and its supporters. It is a while since Leicester were a real force but they are heading in that direction again.

Steve Borthwick was at pains to keep the optimism and any expectation in check though, with a measured reaction to his players’ exploits. ‘We have to be much better next week against Saracens than we were tonight,’ he said – reflecting various lapses in amongst all the positive intent.

However, the victorious head coach paid tribute to new skipper Genge’s impact, adding: ‘He has been excellent, first of all in the way he has played. 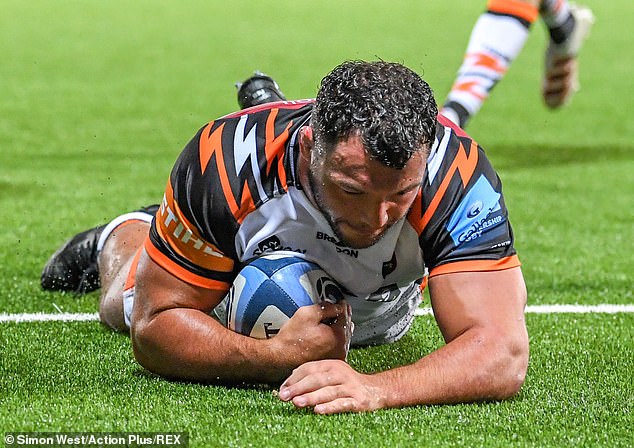 The first half was pulsating. Ford’s two early penalties set the wheels in motion, then the visitors pounced for a first try in the 13th minute, with Harry Wells on hand to apply the decisive touch after a series of drives through the 22.

Ford converted and Borthwick’s men led by 13 points in as many minutes, but Gloucester hit back with a direct onslaught which ended with ex-Tigers prop Fraser Balmain blasting over from close range. Lloyd Evans added the extras.

Undeterred, Leicester kept showing lethal intent. In the 22nd minute, they launched a counter-attack from their own 22 as Nemani Nadolo, Freddie Steward and Matt Scott combined down the left flank and seconds later, Dan Cole was held up in the in-goal area.

But the dam soon burst. From a quickly-taken penalty, Leicester shifted the ball right and Van Poortvliet’s pass sent Genge crashing over.

The pendulum swiftly swung again. Gloucester drove well from a lineout on the right, Evans looped round to receive the ball in space and hurled it out for Ruan Ackermann to touch down in the corner. That made it 12-18 and it stayed that way until the break.

There was more of the same merry chaos in the second half. Leicester claimed another try as Ben Youngs released Harry Potter and the wing burst through a gap and into the 22, bounced off Evans and finished strongly. Ford converted.

Game over? Not yet. Gloucester rallied once more and closed the gap as Mark Atkinson followed his England call-up with a try as he twisted past Tommy Reffell to go under the posts.

Ford struck another penalty, then Nic Dolly scored the Tigers’ bonus-point try, but Gloucester would not surrender.

With nine minutes to go, Jack Clement scored and Ollie Chessum was sin-binned, forcing the visitors to see out the game with 14 men. They did just that, with a herculean rear-guard action on their line to clinch the win.