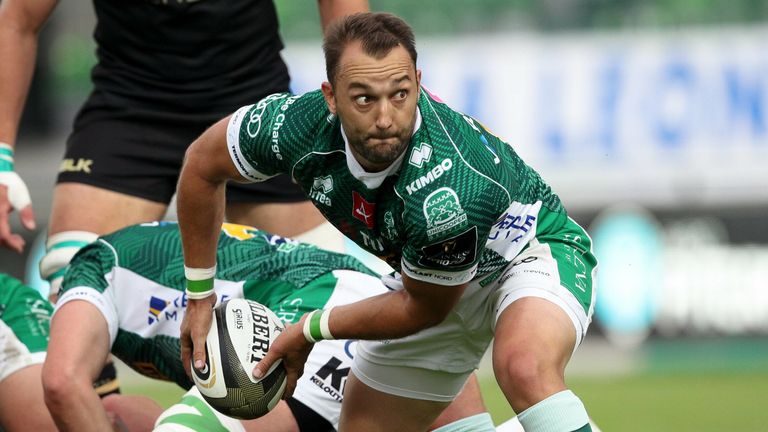 Catch up on the weekend’s PRO14 Rainbow Cup action, as Munster and Benetton both won, with the Italians remaining at the top of the table…

Fineen Wycherley also scored for the hosts, but Blues scrum-half Williams completed his brace before his replacement Lloyd Williams made it three tries each while Munster’s Mike Haley was in the sin bin.

A Jarrod Evans penalty edged the Blues back in front at 27-24, only for Munster replacement Keynan Knox to rumble over with six minutes left to temporarily move them back to the top of the table.

Benetton maintained their flawless tournament record with a 20-12 victory over 14-man Connacht in the Guinness PRO14 Rainbow Cup.

Unbeaten in the tournament going into the game, Benetton extended their winning run with an impressive physical performance against Connacht, who finished with 14 men after Abraham Papali’i’s 73rd-minute red card.

Benetton’s dominance of the scrum limited Connacht’s chances throughout the game, especially in the second half, with the visitors unable to add to the scoreline after their 42nd-minute try.

Paolo Garbisi, who made six kicks from six two weeks ago, also had a good game despite a slightly less impressive record with five successful penalty kicks.

Despite Connacht scoring two tries to Benetton’s one, it was not to be for the Irish side, with some resolute defending denying them just metres from the line just before the half-time break.