Harlequins 19-27 Leicester: Marcus Smith fails to find his spark as hosts are flattened… with a Tommy Reffell double inspiring impressive Tigers to victory

This was a day on which Marcus Smith and Harlequins failed to find their spark.

Instead it was Leicester, for whom Tommy Reffell, Matt Scott and Harry Potter stood out, that produced the moments of magic as last season’s Premiership winners showed rumours of their demise have come far too soon.

The Tigers have had a poor start to their title defence but Steve Borthwick’s side were back to their relentless best at Twickenham Stoop. Their power nullified the hosts’ trademark attacking game. Harlequins never got going. Smith never broke free. 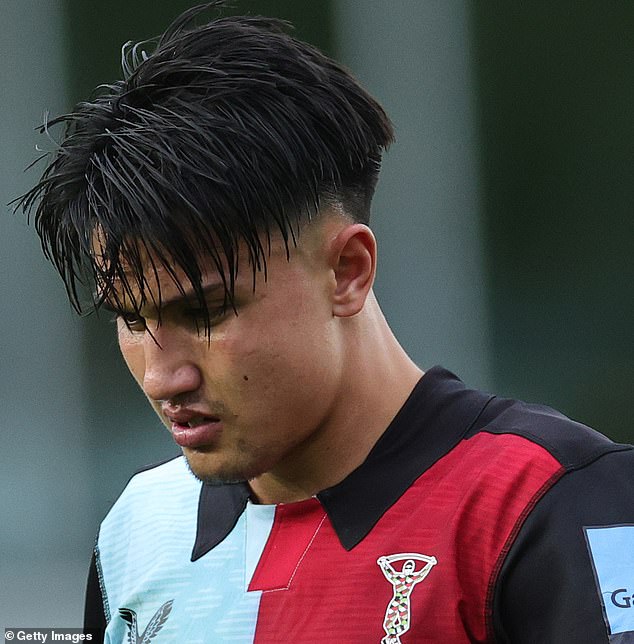 Flanker Reffell was outstanding, scoring two Leicester tries and stopping what looked like a certain home effort when he forced Luke Northmore to spill the ball. Tries in the final two minutes from Cadan Murley and Danny Care failed to hide the fact Harlequins were well beaten.

Their head coach Tabai Matson admitted: ‘It’s disappointing when you are bettered everywhere. You have got to tip your hat to a very good Leicester team. That is why they are incumbent champions. They controlled the speed of the game and were brutal at the collisions.

‘For Joe Marler to put up with that on his 250th appearance is disappointing. It’s the worst I’ve felt.’

England head coach Eddie Jones was in the stands ahead of confirming his squad for the autumn Tests and would surely have been delighted to see Anthony Watson gallop in for Leicester’s bonus-point try. After a hammering by Saracens and a home defeat by Sale, Watson’s interception of an Andre Esterhuizen pass was the cherry on the cake of a fine Leicester afternoon.

What is next for the Tigers is unclear. Their next two league games were scheduled to be against Wasps and Worcester. The Wasps game is expected to be cancelled when the Coventry-based side officially enters administration. Both they and Worcester have already been suspended from the league. 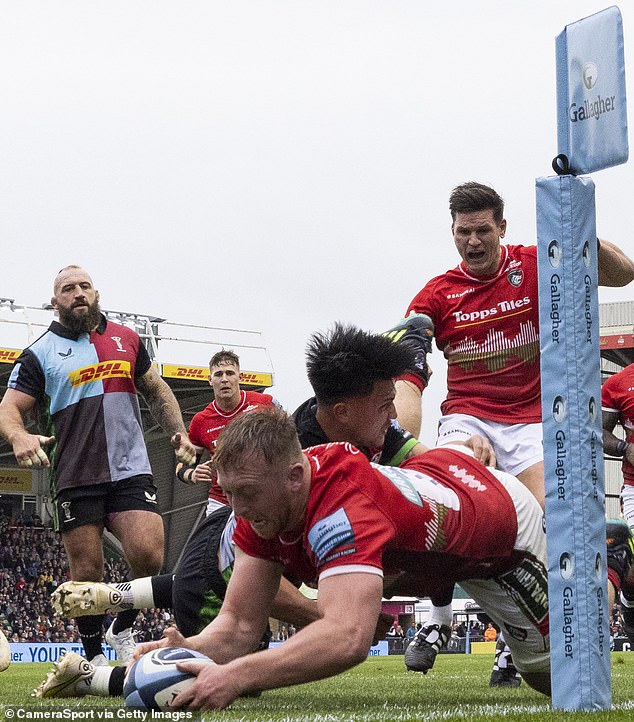 ‘We don’t know what the next few weeks will hold for us,’ said Leicester boss Borthwick, who will justly be annoyed if the momentum gathered from this win goes up in smoke with a long period on the sidelines.

The home crowd took aim at referee Adam Leal in the first half as Leicester led 12-0 at the break. Reffell grabbed the opener and Julian Montoya peeled off the back of a maul to score the second. Reffell’s stopping of Northmore was the closest Quins came.

Flanker Reffell impressed on Wales’ summer tour of South Africa and his finish in the second half was sensational. He did the hard work around the park too.

Murley got Harlequins on the board, but the boot of Freddie Burns and Watson’s effort put the game to bed for Leicester. Murley did grab a second and then raced the length of the field to set-up Care, but it was all too late by then. ‘He’s the best in the league,’ Matson said of Murley.

‘He reads the game brilliantly,’ Borthwick said. ‘He has come back from his experiences of playing Test rugby for Wales a more rounded player, an improved player, and an even bigger presence. 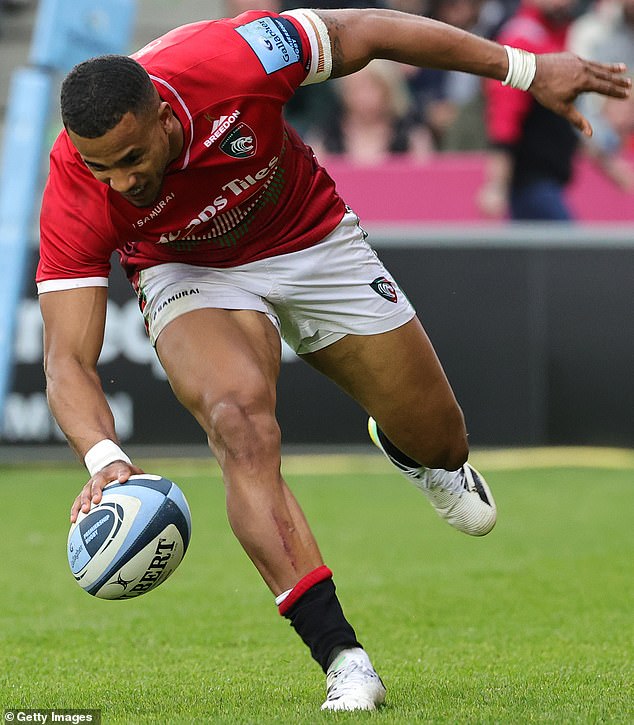 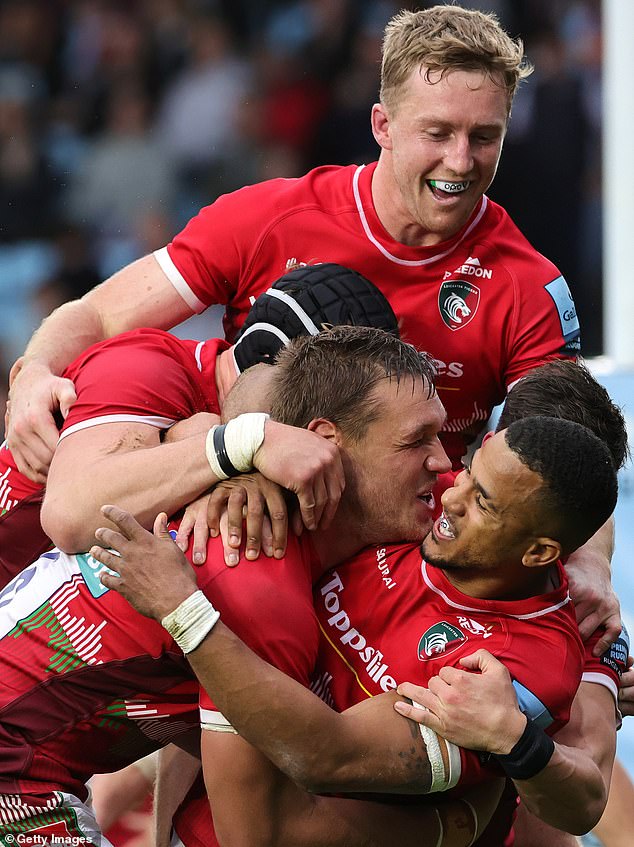