Home » Rugby » ‘He loves the big stage’: Swans thrilled to get Buddy to another grand final

Swans young and old are delighted that they have been able to put Lance Franklin into another grand final so late in his exceptional career.

“He senses the moment, and he wants to win a premiership as badly as anyone even though he’s had a couple with the Hawks,” said veteran defender Dane Rampe as the focus turns to this Saturday’s grand final against Geelong at the MCG. 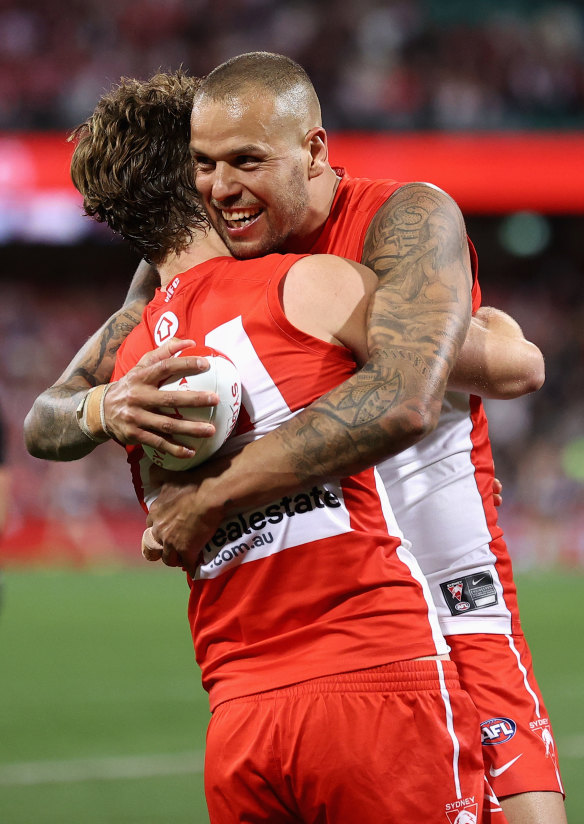 “It’s late in his career,” added dashing half-back Nick Blakey, 22. “He’s done so much for this footy club, and we’re going to be doing everything we can to get over the line for him.”

Franklin, 35, and Rampe, 32, have shared the same journey at the Swans, albeit with vastly different profiles.

Drafted from obscurity out of the Sydney suburban AFL competition playing for UNSW, Rampe arrived with little fanfare at the Swans in 2013, the same year Franklin swapped from Hawthorn as a dual premiership player.

Franklin had been on the receiving end of the Swans’ 2012 premiership as a Hawthorn player and Rampe missed it by a year. What the pair have in common is being part of the 2014 and 2016 sides that lost grand finals.

“He’s been sharing what I have, a couple of lost grand finals, but I know we’ll leave no stone unturned, I know he won’t. He loves the big stage and he’s a big moment player,” said Rampe. 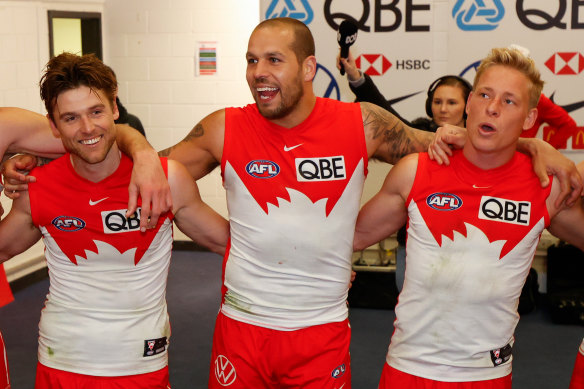 So as the AFL world waits for Franklin to make a decision on his future, does Blakey think the great man will saddle up again for another season?

“I got no idea about that, but he’s kicked a fair few goals for us this year (52), and he’s crucial,” said Blakey. “He’s crucial to our team. And he was great out there against Collingwood.

“So that’ll be up to him and his family. He’s obviously got a great family with Jess and the kids. And I’m sure that’ll be a family decision.” 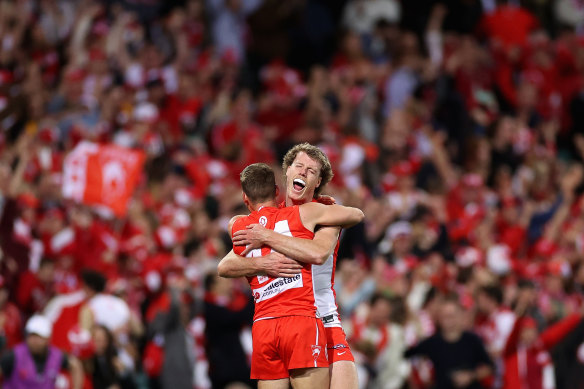 As 13 years Franklin’s junior, Blakey can’t quite believe he’ll be playing in a grand final with one of the greatest forwards in history.

“It’s amazing,” said Blakey. “I mean, I grew up watching Lance. I was at the 2012 grand final when the Swans won and Lance was obviously at the Hawks. To be playing in a team with Lance, who’s now one of my really good mates at the club.”

Blakey may be only four years into an exciting AFL career, but he has a premiership pedigree thanks to his father John, a quick and reliable midfielder with Fitzroy and North Melbourne, who finished with 359 games including flags with North.

He later became coaching director and head of development at the Swans from 2007 to 2020 before returning to North Melbourne as an assistant coach.

Blakey and Rampe were amid a myriad of Swans desperately defending as Collingwood turned a six-goal deficit into a one point loss.

However, Blakey took a glass-half-full approach to the match, the Swans’ only game in three weeks because of pre- and second-week finals byes.

“It’s exactly what we needed, a hard hit-out,” said Blakey. “We’ve said all year why can’t it be us to be there (in the grand final) and we’ve given ourselves a chance. And that’s all we can do.”