Wallabies captain Michael Hooper will fly home from Argentina after informing coach Dave Rennie he is not in the right headspace to play Test rugby.

Hooper trained with the team all week and was named to play, but the four-time John Eales Medallist approached medical staff and management on Thursday night to reveal his “mindset” was not in the place it needs to be to lead the team against the Pumas on Sunday morning (AEST).

In a statement, the Wallabies said: “The 121-Test openside flanker believes he’s not in the mindset to fulfil the responsibility that goes with leading and representing his country at this point in time.”

James Slipper will take over the Wallabies captaincy, and Fraser McReight will come into the team at No.7.

It is not certain how long Hooper will take a break from rugby but the Wallabies are supportive of the 121-Test skipper taking as long as is needed.

Rennie will address the media on Saturday morning (AEST) but said he is full of admiration for Hooper’s decision to stick his hand up and admit he needs to step away. Hooper addressed the team as well.

In a quote provided by the Wallabies, Hooper said: “While this decision did not come easily I know it is the right one for me and the team at this point in time. My whole career I’ve looked to put the team first and I don’t feel I am able to fulfil my responsibilities at the moment in my current mindset.” 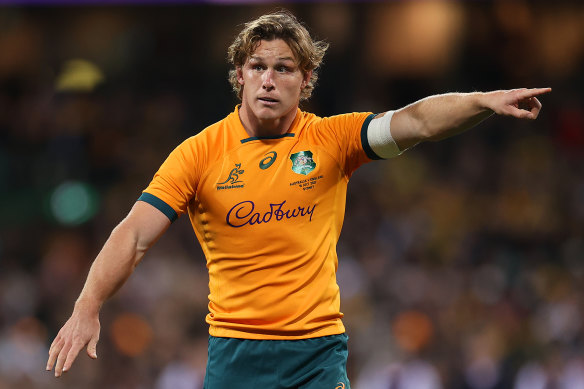 Michael Hooper will depart Argentina and take a break from rugby.Credit:Getty

“Michael’s one of the most professional and impressive men I’ve coached (and) I know this has been a difficult decision for him,” Rennie said in a statement.

“He’s shown true courage by acknowledging where he is at and acting on it. We will support him in any way we can and I know the team will be focused on getting the job done tomorrow.”

Hooper is not the first high-profile athlete to step away from their sport to prioritise mental wellbeing. Buddy Franklin missed the latter stages of the 2015 AFL season to focus on his mental health and Australian cricketer Glenn Maxwell took two months off in 2019, to help restore balance. Maxwell said being on tour for five years had “ruined him”.

Hooper is one of Australia’s most durable athletes but has played a lot in the last two years, after playing in Japan last year and then leading the Wallabies in difficult times during the pandemic. 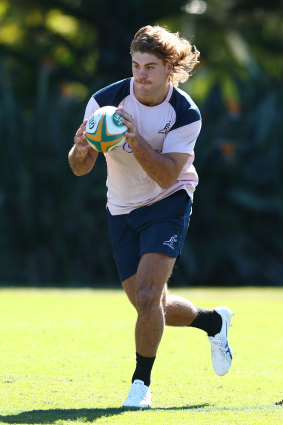 McReight is a very competent replacement, given his excellent form for Queensland and Australia A this year. Rennie favours having only a single openside in his matchday 23, and has pointed towards Samu being capable cover for Hooper.

But the value of the Australia A program will shine through again when McReight takes over as No.7. He was controversially omitted from the Wallabies’ squad for the England series in July, and instead sent to play in the Pacific Nations Cup. The 23-year-old, who debuted in 2020 but has only won two caps, played in every game and re-joined the Wallabies squad for the Argentina trip with plenty of match fitness.

Slipper, meanwhile, has stressed the importance of starting strongly against Argentina, to dampen down the passion of the Pumas players and their fans at a sold-out Estadio Malvinas Argentinas. The venue, built for the 1978 FIFA World Cup, can hold 42,000 people.

The problem for the Wallabies is their starts were poor against England, and they failed to score a point in the opening 20 minutes of all three Tests. Two tries were bombed in the opening 10 minutes in the third Test.

’It is an important part of the game, the start, isn’t it? It doesn’t matter who you are playing, playing catch up rugby against anyone will get you away from how you want to play the game,” Slipper said.

“For us, it is just about nailing our detail and it is one thing to create opportunities and another to take them. To be honest, this week we have spoken a lot about our detail and our execution. If there is one place you want to start well it’s here, the Argentina team and the fans are very passionate and you can’t let that build.”