Home » Rugby » ‘I can do it’: Lisa Alexander applies for North coaching job

Legendary Australian netball coach Lisa Alexander has put her hand up for the vacant North Melbourne coaching job, arguing her record of winning and experience at high performance coaching make her suited to the role.

Alexander said she had watched plenty of football throughout her life and had also played the sport, which combined with a formidable netball coaching record convinced her she was ready for the role. 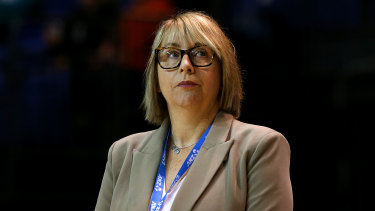 The Australian Institute of Sport coach of the year in 2014, 2015 world championship coach, 2014 Commonwealth Games-winning coach, and back-to-back Melbourne Phoenix grand final-winning coach is fed up with the lack of women given opportunities in elite sports management.

"I have put an expression of interest in. I don't have an answer yet, but I am assuming it will be coming," Alexander said, adding North chief executive Ben Amarfio welcomed her application when they spoke.

"I don't expect to get interviewed but I will be disappointed if I am not because I think it's time people understood you don't have to be a horse to ride a horse so to speak.

"We have had female teachers in boys only schools and vice-versa for how long?

"It really should not be an issue. These days there's many more managers and CEOs that are women – although not enough – and it is much more prevalent than it used to be.

"It should not equate to your competence as a manager or a coach whether you're female or male.

"It is a perception built out of society from cultural expectations and norms and it is going to take some time to get through."

She said the perception that men in AFL have had more experience than the women is a major issue for women coaches.

“North want to start winning. Why put in a coach without as much winning experience as I’ve had?”

Women continue to be overlooked for AFL and AFLW coaching roles, with three men appointed AFLW coaches ahead of the 2021 season. Only one of the 14 clubs is coached by a woman (Peta Searle at St Kilda).

"Always their experience is not judged at the same level as the men's experience," Alexander said.

She said Adelaide's AFLW premiership coach Bec Goddard, who has shown she can win a premiership, has the experience to do such a role but is continually overlooked.

"To me it shows a big lack of integrity in any sort of decision making process," Alexander said.

"In the Olympic and Commonwealth Games high performance system it is exactly the same. There's not enough weight of numbers of women coaching to show it should be normal.

"People think that women are competent enough to coach netball because it's been happening for a long time. And then why didn't we argue against guys coaching netball? Because that would be discrimination."

Alexander said the trend was bordering on blatant discrimination in Australian sport.

There are barriers to women getting jobs in AFL and AFLW because there is an entrenched prejudiced view that they can't do it.

"There are barriers to women getting jobs in AFL and AFLW because there is an entrenched prejudiced view that they can't do it," she said.

Alexander said recent AFLW coaching appointments of men from the male footy program at Richmond, North Melbourne and West Coast were somewhat understandable given they were, in her opinion, internal appointments designed to mitigate risk.

"That happens a lot in many jobs," she said.

"But that's the entrenchment women are going to have to break through at some stage. That's why I am putting my hand up for it.

"My experience at a high performance level in another sport should hold me in almost as good a stead as someone with AFL experience.

"North Melbourne want to start winning. Why do you then put in a senior coach without as much winning experience as I've had?"

Alexander said she understood her application might be seen as "prodding the system", but said she had to start doing so to make actual change.

She said more women at board and executive level in sport would help women coaches increase their chances of getting jobs.

North Melbourne said it would not comment about individuals during their process to replace Rhyce Shaw.