The 24-year-old initially joined the Cherry and Whites on a season-long loan from Saracens but will now remain at Kingsholm beyond the end of this campaign.

Singleton, who has won three England caps, scored on his Gloucester debut against Worcester in August.

Gloucester’s chief commercial officer Alex Brown said: “Jack is a player with significant Premiership, European and international experience under his belt, and he’s already been a key player for us.

“He has significantly progressed his rugby over the last few years and is continuing to develop his game here at Kingsholm.

“We’re delighted that he has agreed to sign a permanent deal here.”

Singleton added: “I’m really happy to commit my future to Gloucester Rugby. I’ve enjoyed my time here, and I’m looking forward to the future with this club.” 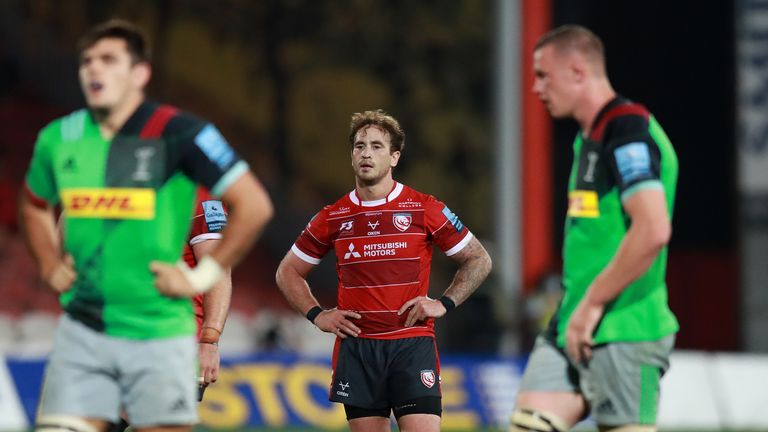 Danny Cipriani left Gloucester with immediate effect on Tuesday, with the club announcing they have signed Scotland fly-half Adam Hastings for next season.

Cipriani, 33, tweeted: “After much deliberation. I have decided to leave Gloucester. I have mixed emotions about it. I am sad to leave a great club, but I’m excited for the challenges I have ahead. I am so proud of what we have built together, and I have enjoyed working with every one.”

Gloucester confirmed the news with a statement shortly thereafter, with head coach George Skivington saying: “Danny has been playing at the top of his game for over a decade now, his reputation in the game is undisputed.

“It has been a pleasure to have been a part of Danny’s career at Gloucester and I wish him well for his next challenge.”

Cipriani signed for Gloucester in May 2018, and agreed a new deal last year which would have seen him remain at the club until 2022, but he has not been involved in competitive action for the west country club this term.

Within an hour of confirming Cipriani’s departure, Gloucester announced Hastings’ signing from Glasgow Warriors for next season.