‘Our Warrior spirit can help see us through!’: Matt Kvesic hopes adversity can fire financially-stricken Worcester to victory against London Irish

Worcester are as ready as they can be for a game they feared might not happen, as the future of the club hung in the balance. What they lack in preparation, they hope to make up for with unity.

Saturday afternoon, Steve Diamond’s Warriors will seek to put aside the distraction of all the financial turmoil which has engulfed them and make a sporting statement in their Premiership opener against London Irish in Brentford. There is still uncertainty and unrest behind the scenes, as staff wait for wages and take-over talks rumble on – with the threat of administration and possible relegation looming – but Worcester’s players are ready to demonstrate their professionalism and purpose.

Matt Kvesic launched his professional career at Sixways and, having returned to the club who gave him his shot, the 30-year-old flanker explained how Diamond’s squad have coped with the recent tension and upheaval. ‘There’s been dark humour; boys offering to pay for the little one’s meal – the old beans-on-toast chat,’ he said. 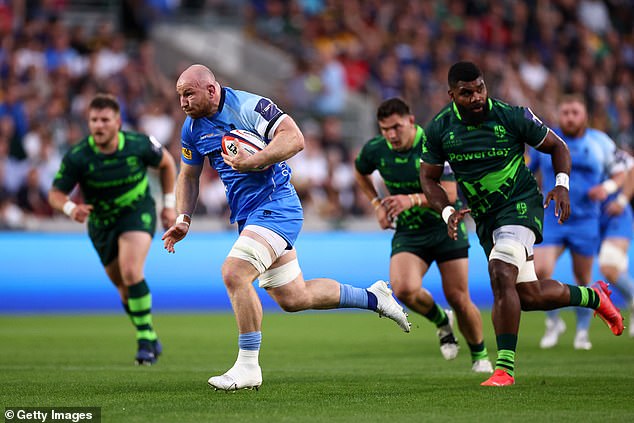 ‘If you don’t laugh, you’ll cry. The boys have dealt with it really well. I think humour is important in situations like this. It has been quite funny at times, characters have come out of the woodwork and put smiles on faces when boys have been pretty dark.

‘I just have to do my job. At home, it is not ideal. I have got a little lad and there is worry about the future. But you can’t look too much into the future. You have to stay in the present.’

Kvesic was asked if he has considered leaving and added: ‘Not once did I think about jacking it in. It didn’t cross my mind to look elsewhere. I am very focused on here. For me, this is my home. To see where we are now is upsetting. 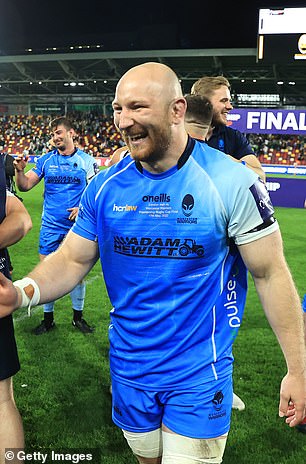 ‘It’s something that has brought us closer together. At one point, we didn’t know if we were going to be playing another game for Worcester, so it gives you a new perspective and the group has been way more together than I’ve ever experienced. Hopefully, we’ll be able to show that on Saturday. We’ve got some frustration to let out.

The Worcester squad and staff have shown a remarkable dedication to the cause and an ability to focus while there has been chaos and noise all around them. They have rallied behind Diamond, the director of rugby who has taken the lead in forging a spirit of unity in adversity.

‘Dimes laid the law down pretty early on,’ said Kvesic. ‘He said we are going to ride this out and stay tight. I think we’ve done that pretty well. The attitude has been good; as positive as you can be.

‘You’re always going to ask questions about what is going on. A lot of what we see is through the Press and social media, but Dimes has kept us in the loop as much as he can. We just have to take what he says as gospel. He’s probably one of the best blokes to have in this situation.’ 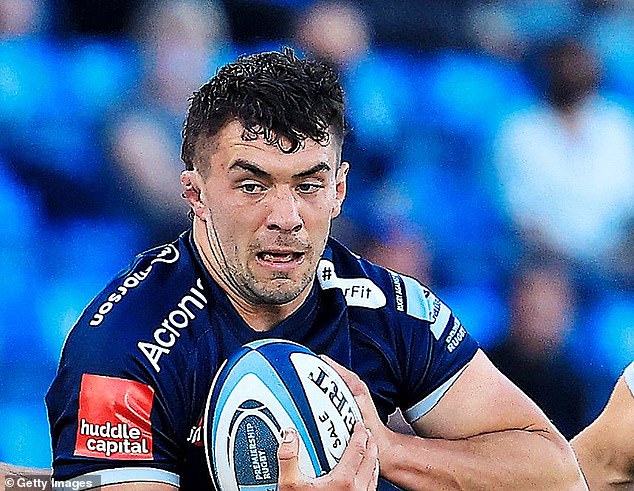 That sentiment was echoed by the Warriors’ captain, Cameron Neild, a summer recruit from Sale. Worcester’s debutant leader knows Diamond from years playing of working with him in the North West and added: ‘He’s brilliant at getting his message across to the players, staff, owners and the wider audience. He is a really good to man to follow. In Dimes we trust!

‘It doesn’t bother me too much, what is going on, but you’ve got to reach out to the younger players who are struggling financially and make sure that they’re able to get through. People have done that, and even housed other players for periods of time and still are doing.’

Neild doesn’t anticipate having to say too much to his team-mates, to motivate them for Saturday’s clash with the Exiles. ‘The lads are fully-fired up,’ he said. ‘I don’t think that’s because of what’s gone on. I’ve joined a group who have aspirations to win rugby games. Our main intention is to turn up Saturday, then take small motivation from the owners not paying us on time.

‘When you cross the white line, you aren’t thinking about what’s coming into your bank at the end of month. You’re thinking about the guy that’s coming head-first into you and how you can put him back on his arse. That’ll be the last thought going on in my mind and probably the rest of the lads.’

Worcester could be rusty and distracted, but Neild is confident they can rise to the occasion. ‘We are going there with the intention of winning,’ said the flanker. ‘We trained really well on Tuesday. It was one of the toughest Tuesdays I have had in my life. It was my birthday, so I was glad to finish the day falling asleep by 7pm! I am happy with the way we are going into the game.’