Dwayne “The Rock” Johnson, one of the most recognisable figures on the planet, has delivered an emotional five-minute video to the Samoan side on the eve of their Rugby League World Cup final clash against Australia.

Johnson has urged the underdogs to “make history” and topple the Kangaroos in an Instagram post that has helped to promote the game to a new audience.

“Man, here we go. I am delivering this message with boundless love, boundless reverence and respect, and boundless pride for my boys, my usos, the Toa Samoa rugby [sic] team,” Johnson posted to his 348 million followers.

“My Usos. The Toa Samoa rugby team, they are going to the men’s final of the Rugby League World Cup.

“This is a big deal. They are making history in the world of sports, in the world of rugby. This is the first time our island, our country, our culture of Samoa has ever gone to the finals for any sport. 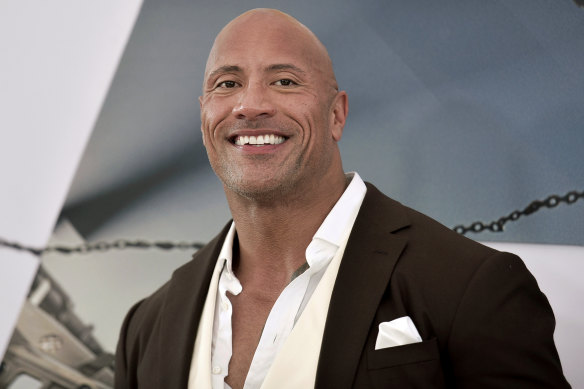 Dwayne Johnson has given the Samoan team a shout out.Credit:AP

The Herald last month revealed that NRL officials were keen to use Johnson, a former WWE star whose films have grossed more than $US10 billion ($15.6 billion) worldwide, to help promote a planned competition match in the United States. While a match won’t be taken abroad until 2024, Johnson’s unexpected message of support is a huge boost to Samoa and the international game.

The 50 year old, who is proud of his Samoan heritage, urged Matt Parish’s side to handle the occasion of a final appearance.

“There’s a few things that I was thinking about and I want you to think about this too, and I know you’ve got a lot of stuff on your mind. Number one is grit.

“There’s a term that you guys know, it’s called fa’a Samoa, and when I was growing up my grandfather, high chief Peter Maivia, my grandmother, Lia Maivia, even my mum Ata, still today we talk about grit.

“Fa’a Samoa … is one of the many Samoan terms that I always embodied because to me, my grandfather always taught me that yes, fa’a Samoa is proud of who you are, where you come from, what’s in your blood, what’s in your DNA, what’s deep in [your heart], mana.

“That’s the thing that separates us from everyone else. 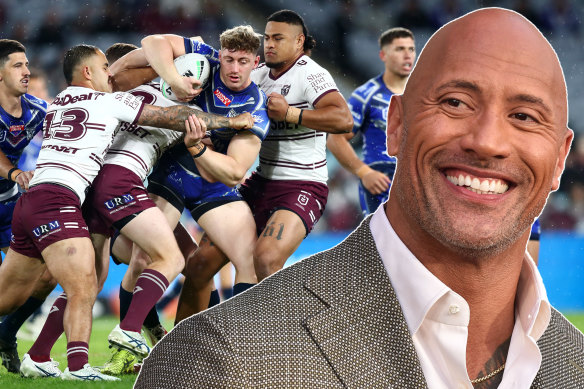 Dwayne “The Rock” Johnson appears to be a fan of the 13-man game.Credit:NRL Photos, ABACA

“But it also means grit. And it’s the grit, the drive, that force, that you operate as if your backs are up against the wall and there’s nowhere to go but ahead, but forward.

“It’s grit I think about, and the other one is legacy. When it comes to legacy, you guys are defining your legacy right here, right now.”

Several Samoan players, including Joseph Suaalii and Jarome Luai, posted messages of thanks for Johnson’s support.

“History is watching. So when you take that field this Saturday in Manchester and you have that grit and your DNA is just full of our Samoan pride and culture and you think about that legacy and that legacy you want to define.

“Man, I’ve got goosebumps right now, I don’t know if you guys can see that.

“If I was there with you guys on Saturday I would put on a Toa Samoa jersey and I would take that field, man I’d be running that rock with you guys.

“I’d probably get my ass kicked, but that’s OK.