Castleford turned on the style to get coach Daryl Powell’s last season off to a winning start with a 21-12 Betfred Super League victory over Warrington.

Powell says he intends to enjoy the 2021 season as he prepares to end his eight-year stay at the Jungle, and he had plenty to smile about after the opening round.

Established duo Paul McShane and stand-off Jake Trueman also caught the eye but Castleford were forced to do it the hard way after a series of injury setbacks.

Turner had to play out of position after Powell lost wingers Sosaia Feki and James Clare in pre-season, while Gareth O’Brien started in place of injured half-back Danny Richardson and was forced off with a head injury after 20 minutes.

Warrington, of course, were without high profile recruit Greg Inglis – 19-year-old Connor Wrench was chosen to take his place – but coach Steve Price, who is also leaving his club at the end of the year, will be disappointed with many aspects of his side’s display.

In particular, the Tigers’ kicking game in the swirling wind caused all sorts of problems for the Warrington defence.

Winger Josh Charnley failed to clear the early danger caused by Trueman’s kick to the line and second rower Oliver Holmes got the touch to the ball before it ran dead to score the opening try. It was a rare foray by the Wolves, however, as Castleford went on to dominate the rest of the opening half, despite losing O’Brien midway through it.

Evalds demonstrated strength and skill to breach the Warrington line in the 29th minute and, although former Castleford hooker Daryl Clark was held up at the other end, the Tigers crucially struck again just before half-time when Evalds got Turner over for his first try. Peter Mata’utia took over the goalkicking duties in the absence of both Richardson and O’Brien and was wide with both of his attempts as Castleford were forced to settle for a 14-4 interval lead.

Tigers second rower Cheyse Blair had a try disallowed early in the second half and Daryl Clark finished off a break from forward Jason Clark to score Warrington’s second try to give them renewed hope.

Ratchford was once more off target with the conversion, however, and there was no way back for Price’s men when Trueman and Evalds combined to get Turner over for his second try in the 56th minute.

McShane made sure of victory with a 72nd-minute drop goal but Warrington had the final say when stand-off Blake Austin finished off a break by second rower Ben Currie to score their third try, which again went unconverted, this time by Gareth Widdop. 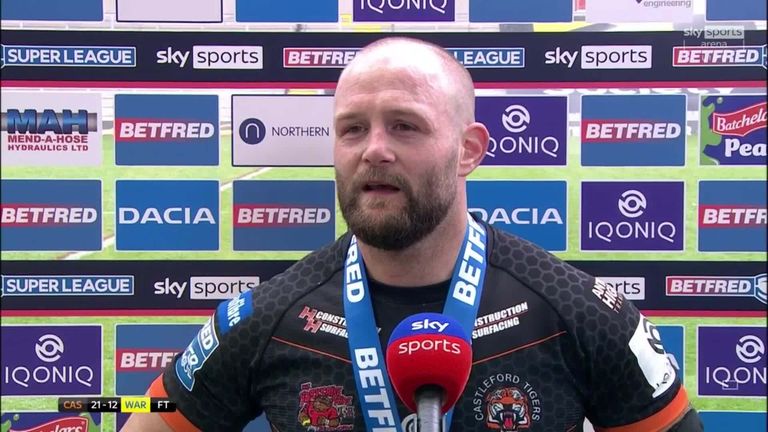 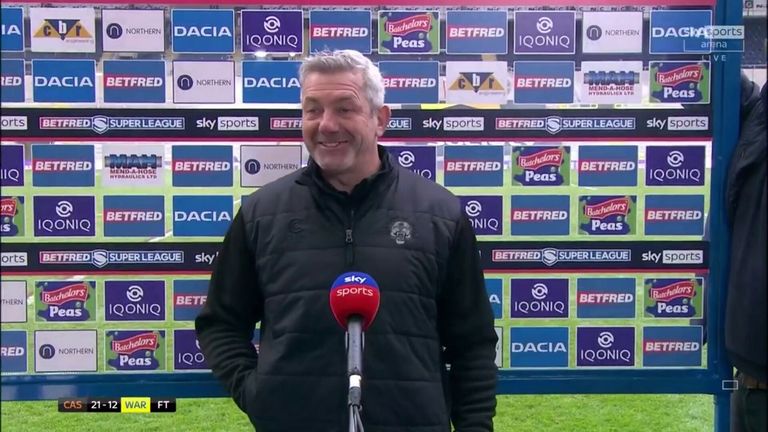 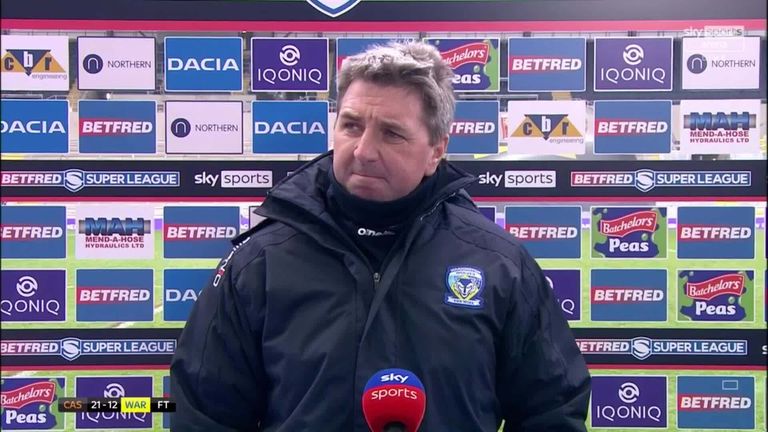